One of Kirby’s greatest covers, paid tribute decades later in one of Walt Simonson’s favorite covers.

Hercules is introduced in the pages of Thor as a braggart, consistent with his recent debut in Journey Into Mystery Annual #1.  After being really annoying (and pretty funny) for most of the first issue of this arc, at the very end of the issue, he asks out Jane Foster.

This doesn’t go well.  Thor is jealous and tries to intervene and…

The next issue is lots of great Kirby fighting. 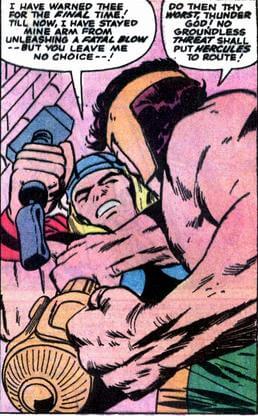 Hercules wins, but only because Odin decreases his power during the fight.  Odin feels remorse when Jane Foster ends up liking Herc more (which is a depressingly shallow take on the woman, courtesy of Stan Lee).

Hm.  It’s a fun story, but the sexism is hard to overcome.< 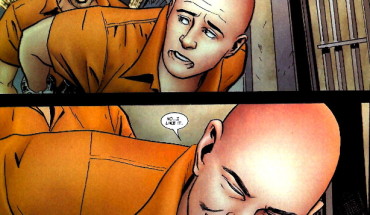 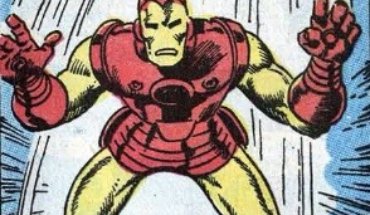