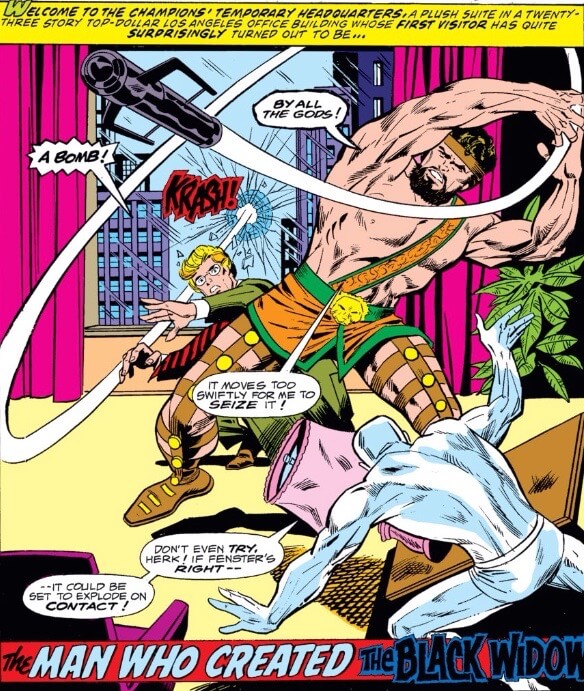 This story starts with a literal bang as a bomb comes flying through the window of the Champions’ temporary headquarters.  It’s all part of a scheme by Russia to reclaim Black Widow as an asset.  So we get a glimpse into her origin.

As well as others who Russia has brought up as assets: Titanium Man, Griffin, Rampage, and Crimson Dynamo-D list villains-and a new, female character: Darkstar.  She’s a blonde with the same training as Widow but also some unexplained powers… 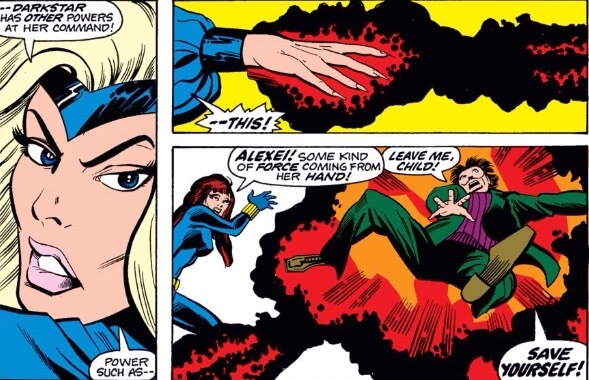 She can take on Ghost Rider. 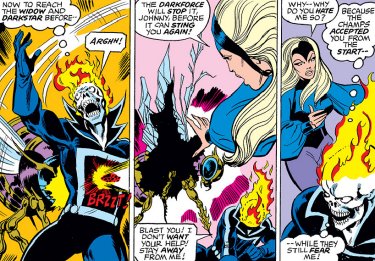 And the battle causes so much hubub that Governor Gerry Brown has to run for his life!

It’s cool that they just drop her into the story with no explanation.  By the end of the story she, like Natasha, has defected to the U.S. to become a “good guy.”  Bill Mantlo picks up the story halfway through, so maybe he thought he liked the character too much to keep her on the villain side. 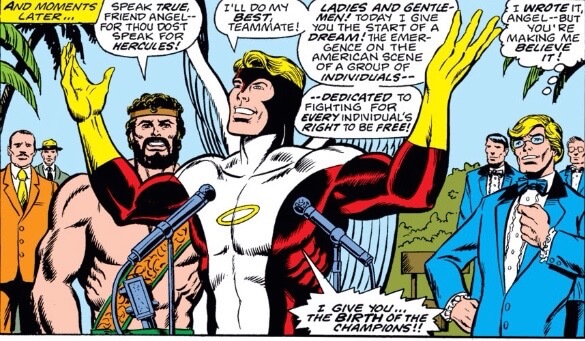 Also, the team hold their first press conference, at which Angel finally gets out of the horrible costume he’s been wearing and switches to a red version of the one that Neal Adams designed back during his seminal X-Men run.

So far in this book, Black Widow hasn’t had much to do.  It’s nice to get some backstory for her.  In all, this is the best arc this team has had so far.

With Darkstar on board, the team’s full roster is complete. 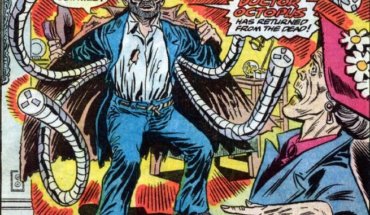 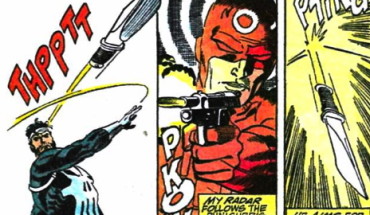 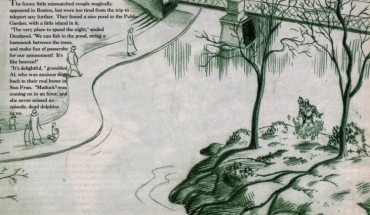