This is where Nocenti’s run takes off.  It starts with Kingpin pushing DD to his limits, frustrated that he couldn’t break him during Born Again but determined to try, try again, and it ends with the Devil himself.  An extremely well-constructed run. 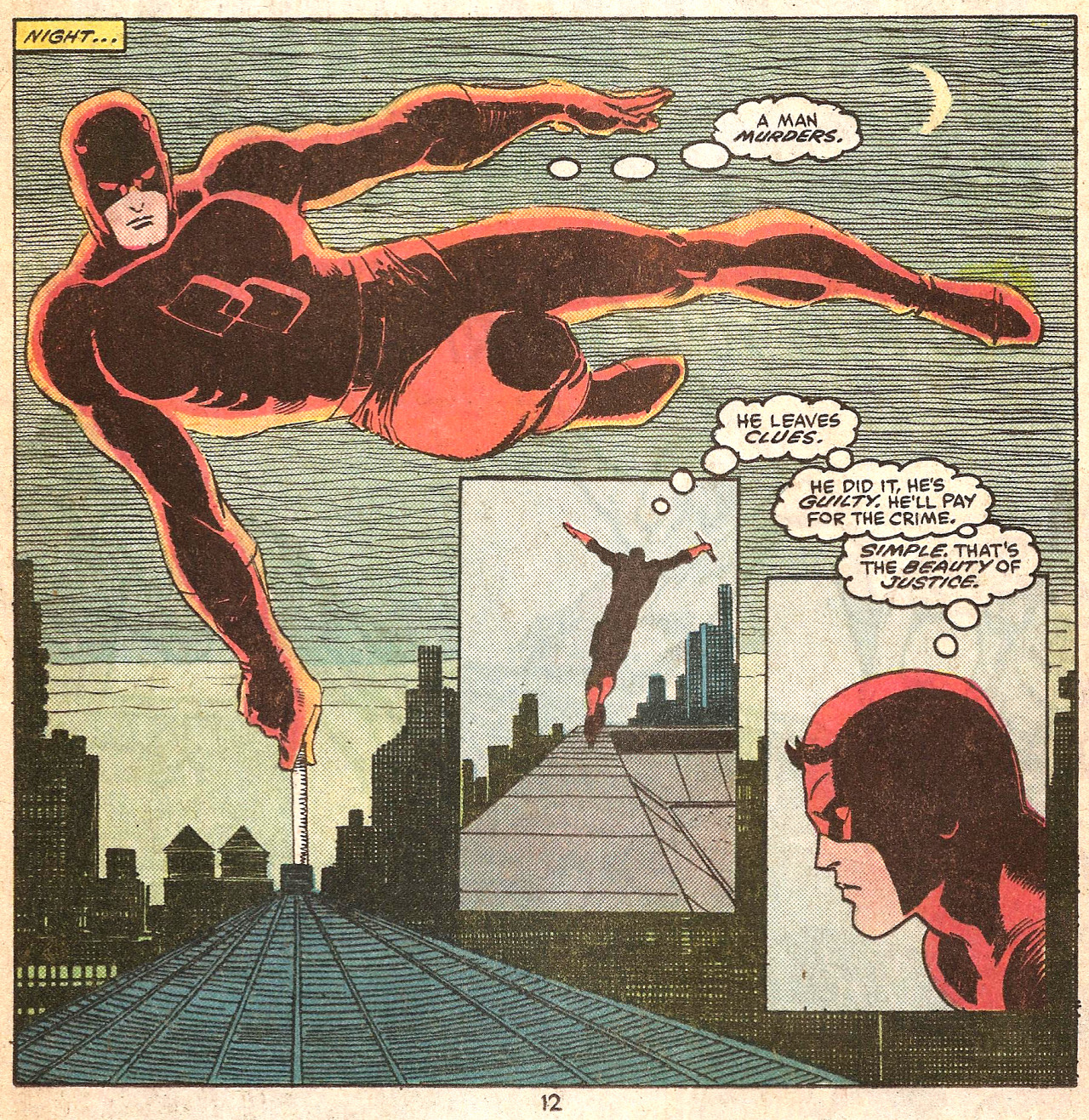 Daredevil, I argue, when taken as a whole, is the best-written/drawn comic book series in history.

You don’t tend to hear about Nocenti when you’re discussing the greatest writers of all time, and sure, she’s quirky–but I’d say she’s a minor legend.  Here’s what the Bullpen Bulletins page said about her:

Kingpin coerces a corrupt U.S. military leader to hire a new character, Bullet, to take down an environmental group that is protesting the development of nuclear weapons.  Kingpin’s real motive, though, is to move Matt Murdock to cynicism by showing him the legal system doesn’t work.

Bullet frames the environmentalists for murder. Eventually, of course, Murdock fights the (strangely designed) character in his plain clothes, and joins the fray.

Murdock wins the fight, Bullet gets arrested, but he’s immediately released due to his connections to the military.  At the same time, Kingpin manages to get the Bar Association to shut down Murdock’s legal clinic—because Matt is practicing law without a license (having been disbarred after Born Again).  Ann Nocenti began her run by showing how happy Daredevil was just living a simple life helping people in Hell’s Kitchen, and now she’s tearing it down.  The story beats are similar to the ones from Frank Miller’s Born Again story, but she’s doing it in a much less compressed way, and having it follow that story just shows what a tenacious creep Kingpin really is.