The Avengers try to take over the world! 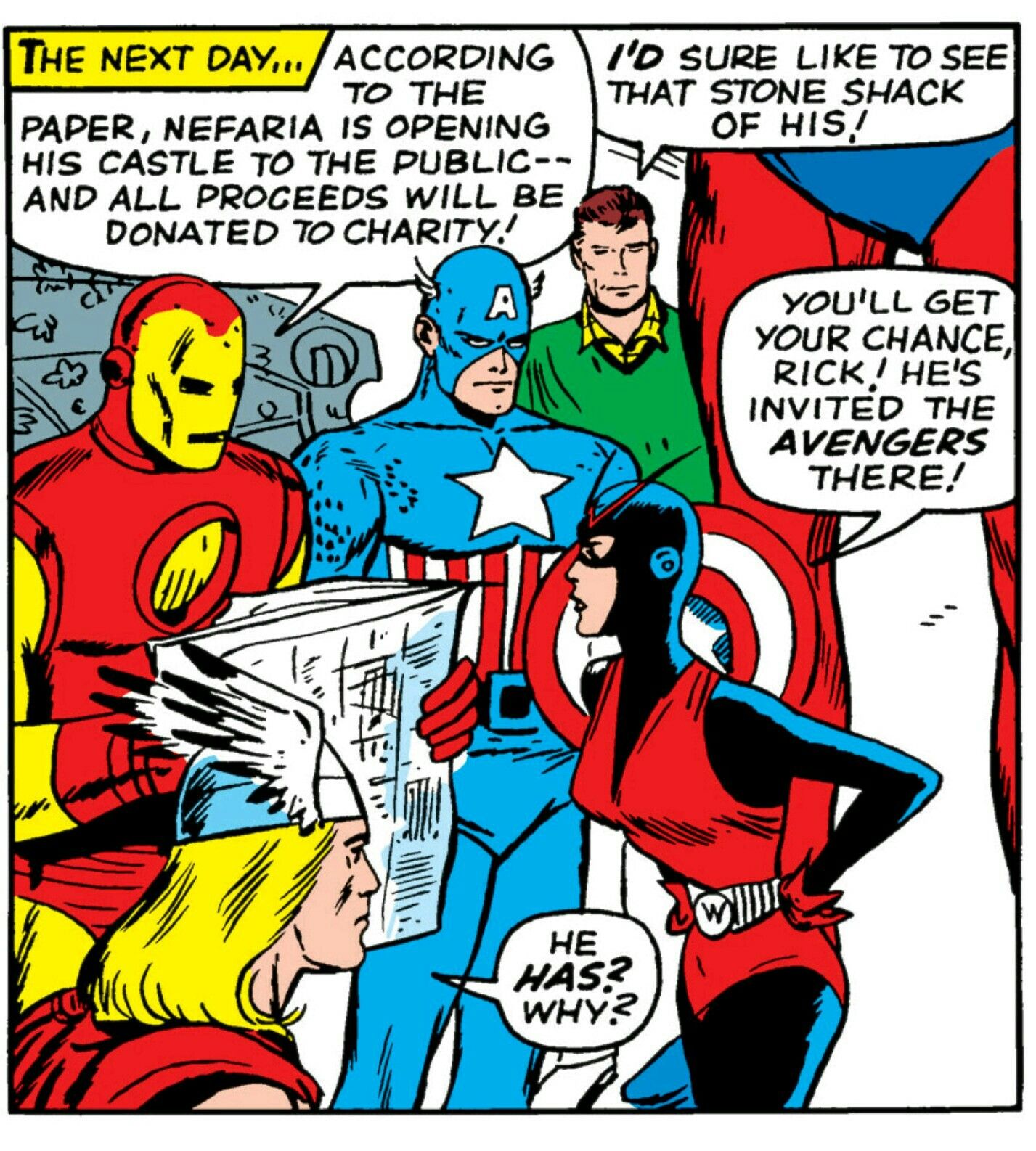 Where they meet Count Nefaria for the first time… 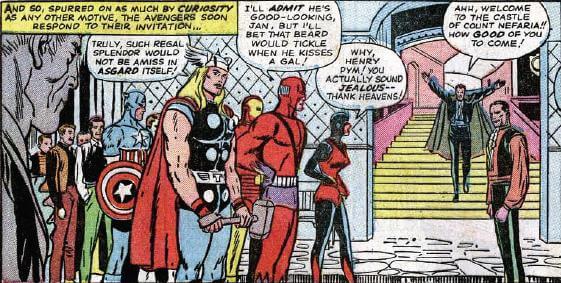 While they are at the party, Nefaria creates duplicates of each Avenger and then sends them to the Pentagon to take over the U.S.  Fake versions of “real” heroes, i.e., imposters, is a favorite Stan Lee trope.  After the real team is attacked by the military, they realize what’s up and go after Nefaria.

Nefaria has a bunch of armed thugs protecting him because he’s the leader of the crime syndicate called “The Maggia.”  Issue #13 introduced The Maggia, so named because the Comics Code would not approve any publication that used the term “Mafia.”

So Nefaria is a kingpin and a master of robotics.  One thing Nefaria is not is super-powered.  That comes later in the character’s history.

Anyway, they do manage to take down Nefaria but in the process, Wasp is shot.

That’s the cliffhanger for #14, in which surgeons save her life.

For some reason, the doctor is involved with aliens.  Evil aliens.  Thor makes the call to arms… 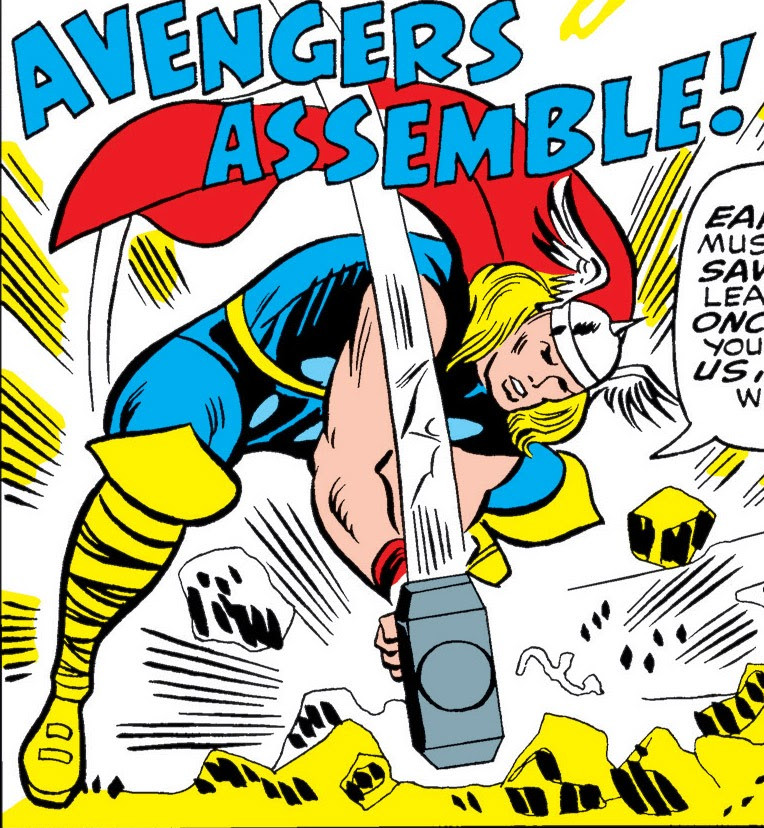 That’s the first time anyone said that.

Anyway, the team beats up the aliens and the doc saves Wasp.

Then, making this issue even less coherent, Watcher comes in on the last page to talk about how the aliens would have destroyed Earth, and how The Avengers wouldn’t have taken the aliens on if not for a “dying girl.”  “Girl?!?”  That’s what they call The Wasp.

This also is the issue where Stan and Jack start to phase out of The Avengers.  Script credit is given to Stan’s brother, Larry Lieber, and to Larry Ivie (under a pseudonym), who is probably best known as the cocreator of The T.H.U.N.D.E.R. Agents.  As for the art chores, Kirby provided layouts for #14, with Don Heck doing the rest of the work under Chic Stone’s inks.  Stan gets “plot” and “editorial” credits.