Dude, it’s ’cause you’re exercising so much at night.

Pete gets some clothes and starts dressing like a hipster.  He’s also shed the glasses.

This issue also marks the beginning of more extended continuity storytelling.  Aunt May’s health is starting to fail (she’s fainting periodically), and eventually she’ll be hospitalized for it.  The soap opera nature of the comic meant there was always a lot of emotional hand-wringing, and that hasn’t changed.  Gwen will come into Pete’s life in college, and Peter and Gwen will be whining and pining throughout their relationship, for example.  But there’s also some “signal events” that change the lives of major and minor characters, like both Peter and Flash getting scholarships to ESU.

The Scorpion breaks out of prison and comes after J. Jonah Jameson, who paid for the experiment that trapped him in a tacky green suit.  Spidey offers to defend him, and JJJ acts like an asshat. 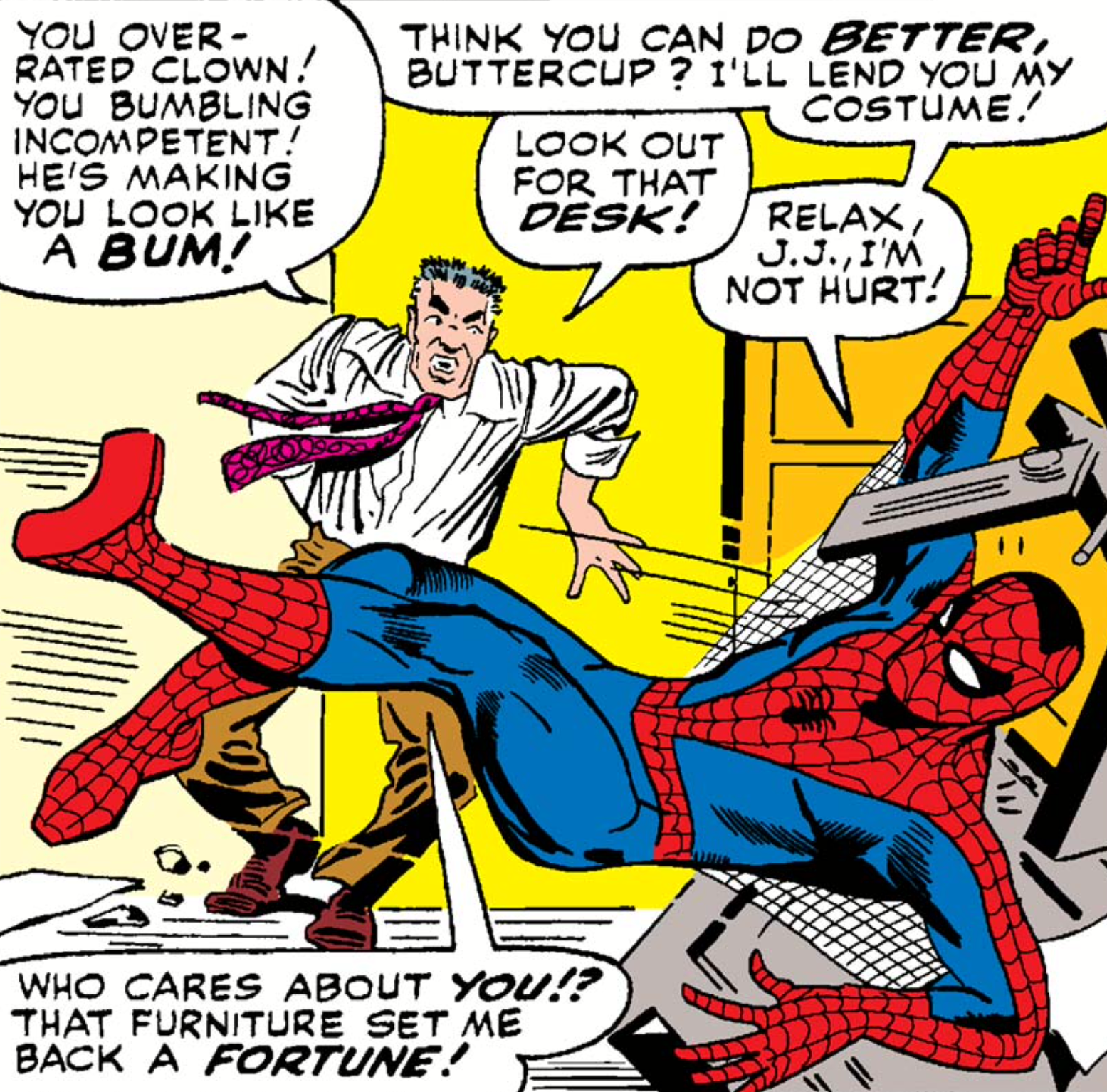 That’s pretty much it, but it’s a good comic.  Kinda funny, too. 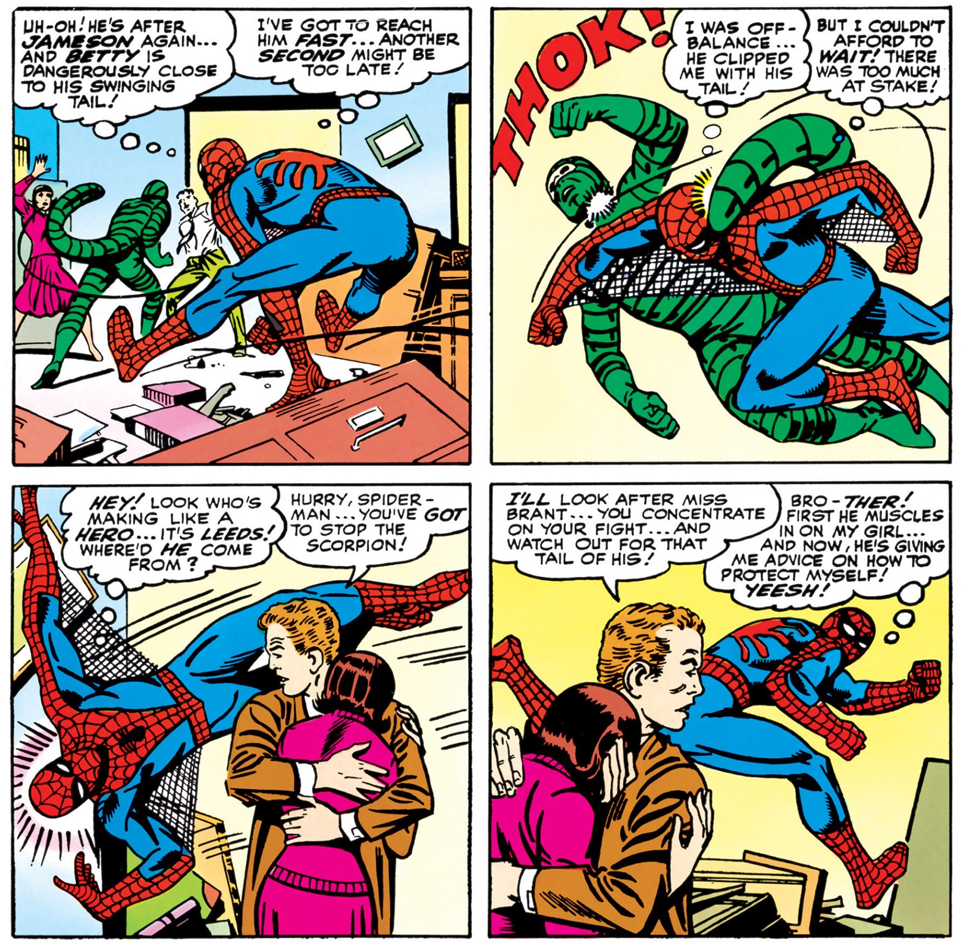 These early Scorpion appearances are cool because he’s a villain with depth—he doesn’t want to be a hero, but he also doesn’t want to be a criminal.  He was kind of lured into the job, and now he’s literally stuck with it, as his costume has basically fused to his skin.  Sound familiar?  That’s because in later years both Rhino and Sandman had similar inner conflicts.

It’s also close to Thing’s constant “I don’t wanna be me” turmoil.

If you really want to get deep, you can consider that people write what they know: Stan Lee was struggling with being a “comic book writer,” wanting to be something with greater acceptance in the art world for himself, and often seemed frustrated at being “stuck” in the world of pulp fiction.  Later, he tried to elevate comic books to be recognized as art forms. 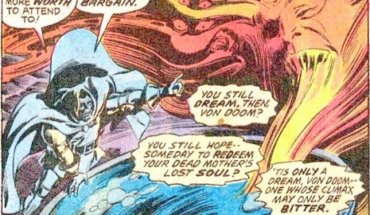 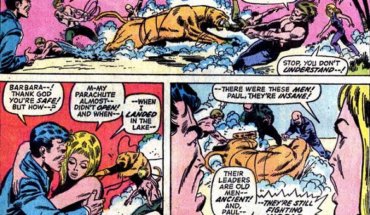 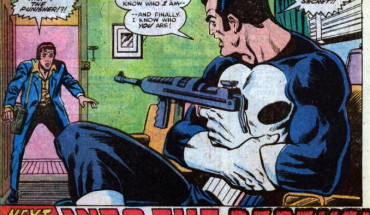