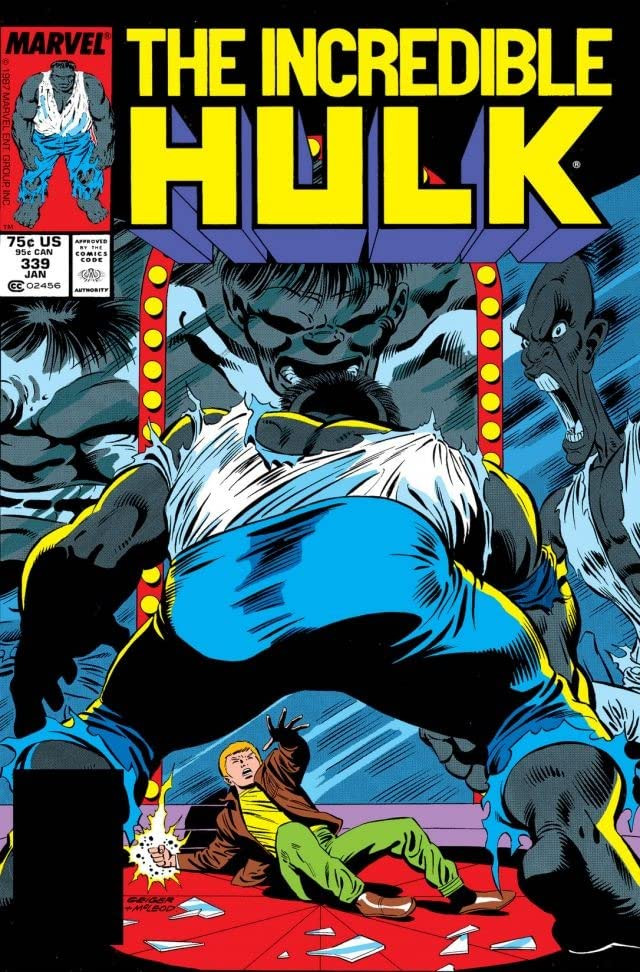 This is the big “child abuse” issue.  Bill Mantlo started the narrative, back in issue #312, that Bruce Banner’s father was savagely abusive, and this led to a fracturing of the child’s psyche, such that when the gamma rays hit him, he manifested his inner child as Hulk.

Mantlo was a fairly good idea-man, but Peter David is a much better writer.  When David picks up the mantle, he does so with a parallel story. Tying into his run on Peter Parker The Spectacular Spider-Man, David takes us to the home of Ashcan, the child who was shot by a shield sniper in PPTSS #118.  Apparently, he didn’t die—he got amnesia and was put with foster parents, who became abusive.  Rick Jones and Hulk meet up with the boy, and and Hulk decides to take on the kid’s dad.  The child, like so many abused kids, feels the need to protect his abuser—and seeing Hulk brings his memories back and, with it, his powers.

The two end up fighting, and at one point end up in a house of mirrors. 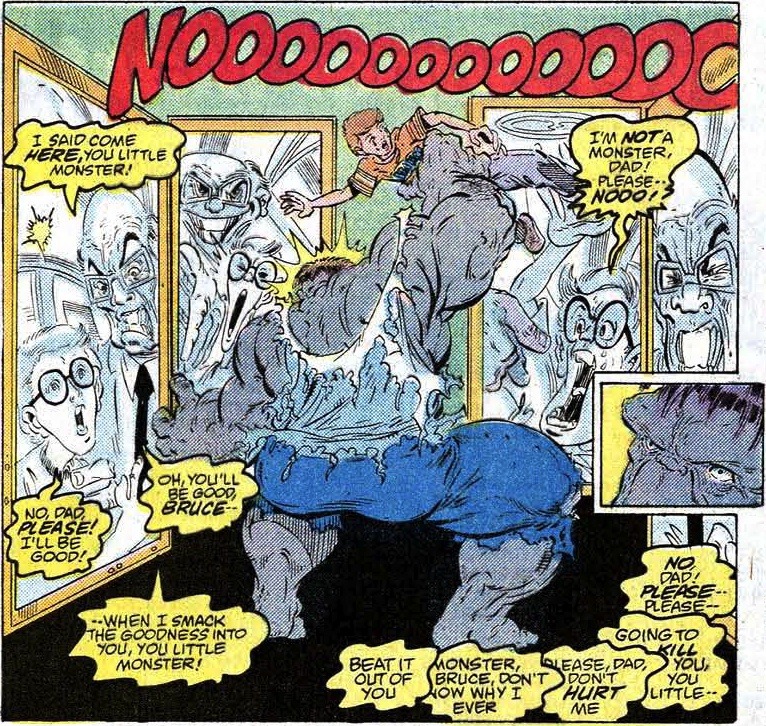 Confronted with himself, he instead sees Banner–as a child–also being abused.  When Hulk sees how the abuse has affected Ashcan, the two end up friends. This understanding leads to a softening of Hulk’s rage, and we get what is probably the most sincere—and genuinely touching—moment in the long history of Hulk and Rick’s relationship.

P.S.: Just to explain the tags of characters who appeared, there’s a brief interlude with Leader just showing that he’s still lurking and scheming.  Nothing detailed—just a way to keep a subplot simmering.