“This Hostage Earth” pits (pun intended) the A-team against Mole Man and the Moloids.  And although it seems ridiculous that the entire team is needed to beat this dude, especially when he doesn’t even have a giant monster to help him (as he did in Fantastic Four #1).  But he does have Red Ghost.

We get to see some more catty arguments between team members.  Above, we see Thor ridiculing Giant-Man for using ants to warn him of dangers.  Then Cap warns Thor that Giant-Man is a big dude. 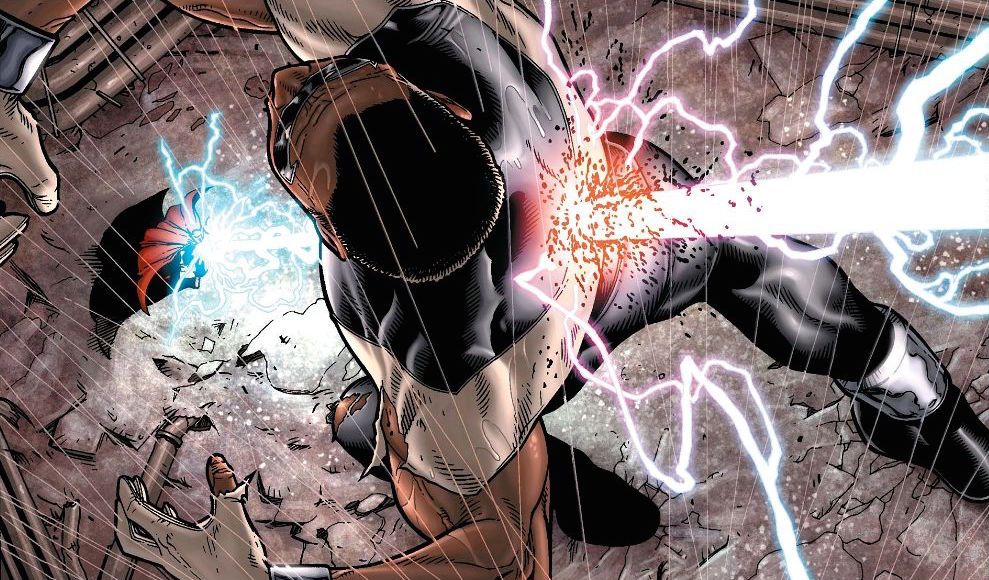 Giant-Man is kidnapped by Mole Man and the Avengers rescue him. 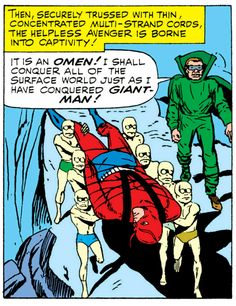 Before they can rescue him, they have to stop bickering.

And Mole Man has a plan to destroy the world.

I think this is the only issue where Moloids are shown to be capable of rational thought. 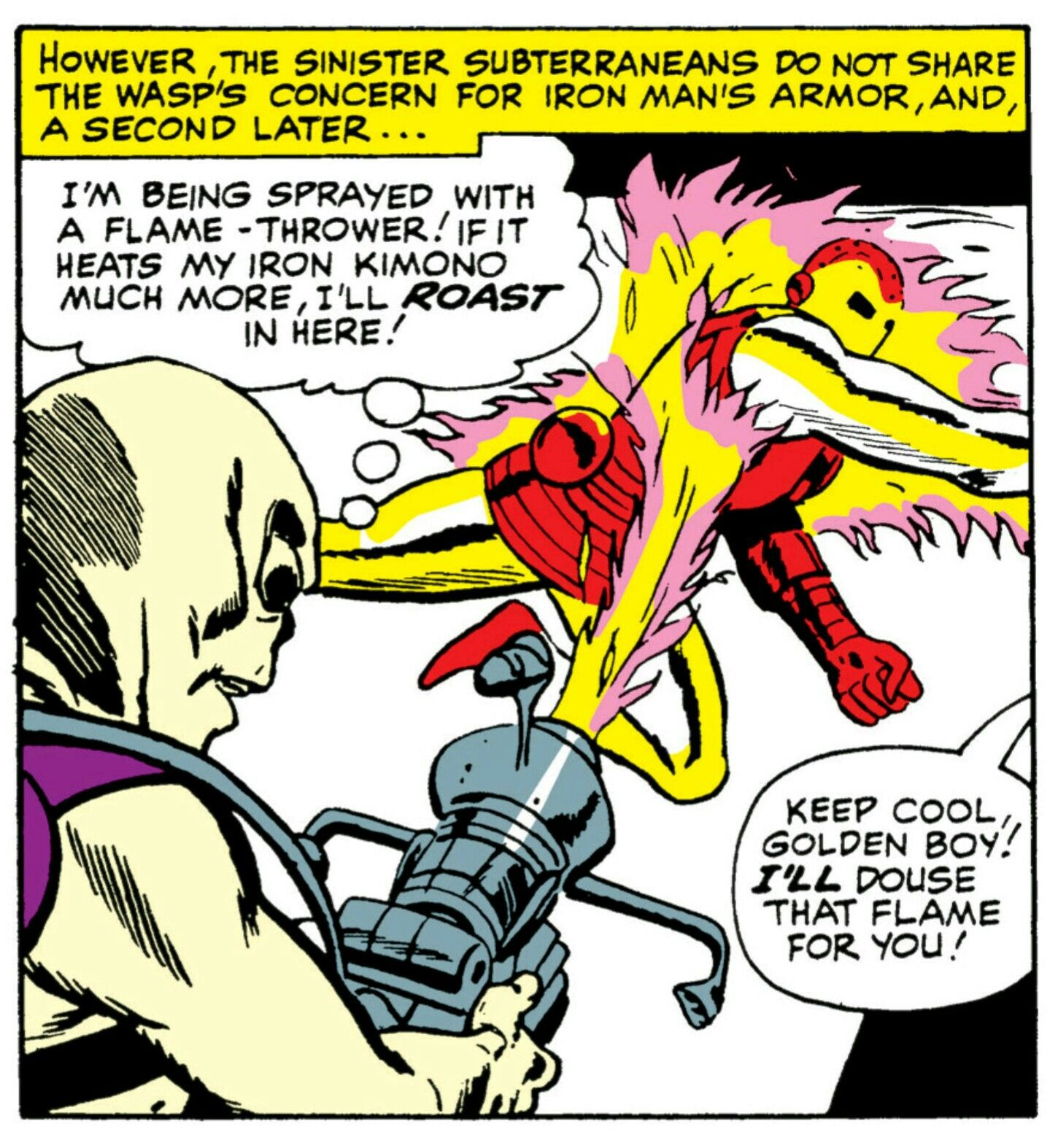 Oh, wait.  That’s IRON MAN’s thought bubble.  Anyway, the moloid is using a weapon.  I don’t recall that happening before or since.

At the end, Tony Stark is still a sexist jerk.

Oh, and there’s a letter from George RR “Game of Thrones” Martin!  His first published work!