First appearance of the The Molten Man.  He has nothing to with heat, lava, or molting.  He’s just really hard and strong.

That’s what she said. 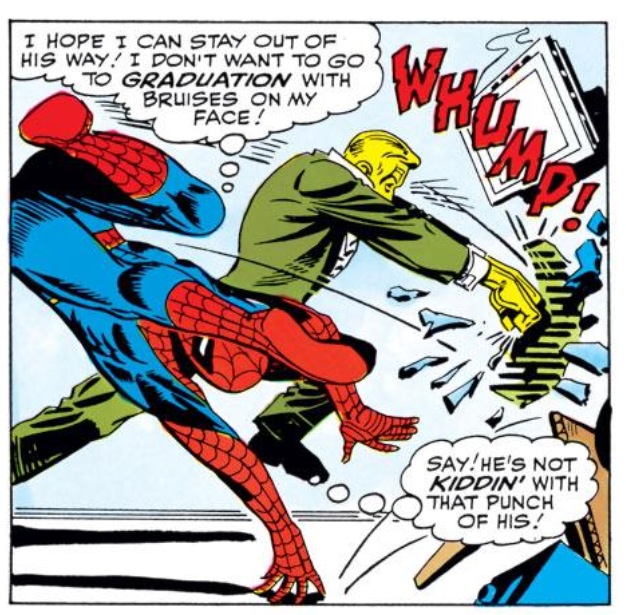 Also significant in this issue: Peter graduates!  And: An early mention of Mary Jane!

Steve Ditko gets plot credits on”The menace of the Molten Man!” which is basically a “freak of the week” issue. I’ve never been a huge fan of Molten Man, and this issue is mostly Spider-Man figuring out how to defeat him, but the cool part is that this issue shows Spidey getting more comfortable with his powers as he uses his spider-sense to help him “see” in the dark, defeating Molten Man who can’t see a darn thing.

This is also the issue where Peter graduates High School and moves on to Empire State University.  But don’t worry, Flash Thompson gets a sports scholarship to ESU, so a key member of the supporting cast can move along with him.