The Wrecker beats the depowered Thor…And kills him!  Above is the first time we see him (other than on the cover), and it’s hilarious.

The Circus of Crime reappears–with Princess Python making her first appearance in over four years. 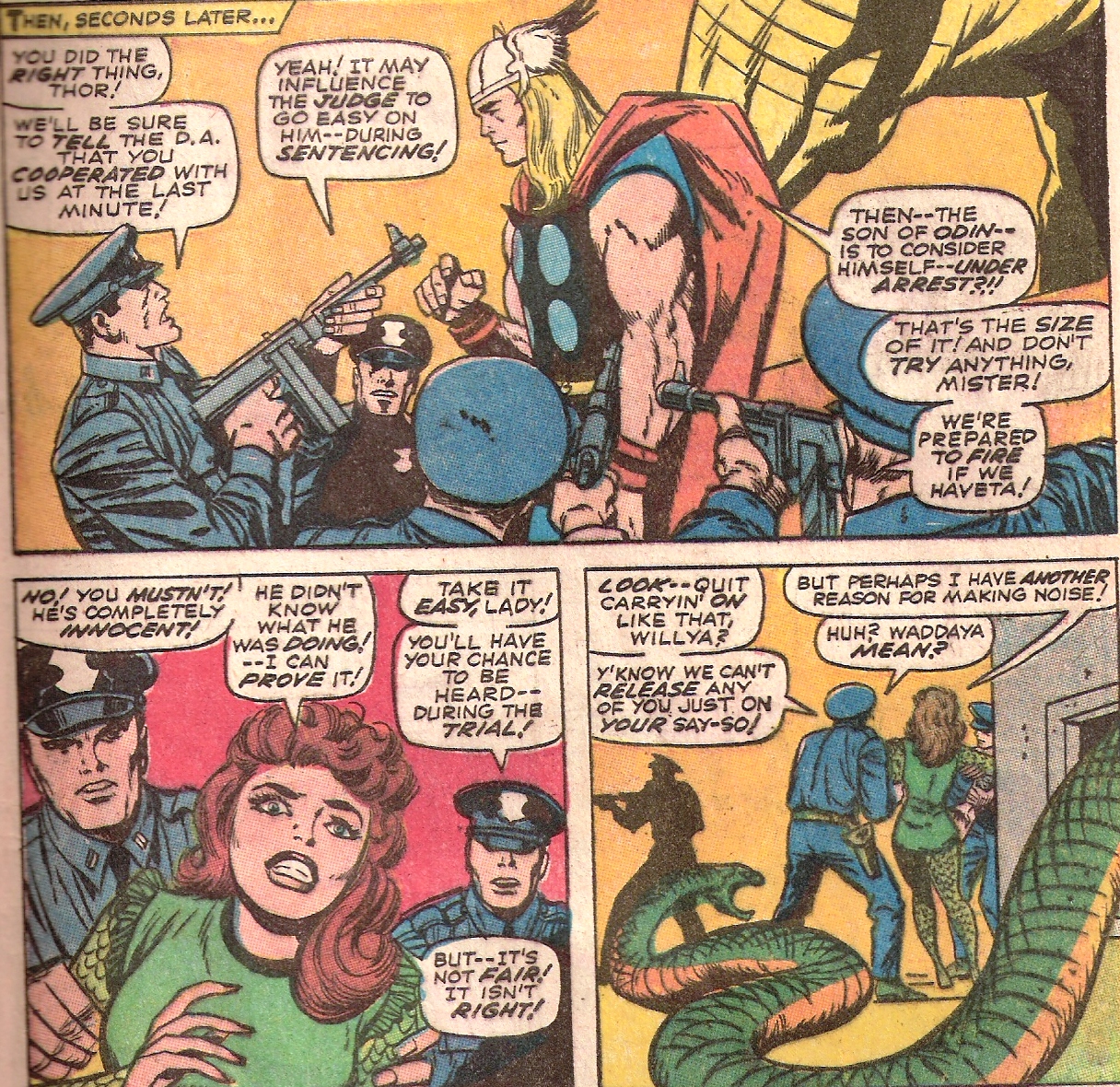 Anyway, the Gods have been depowered.

So it’s the perfect time for lame villains like Wrecker and the Circus to take advantage. 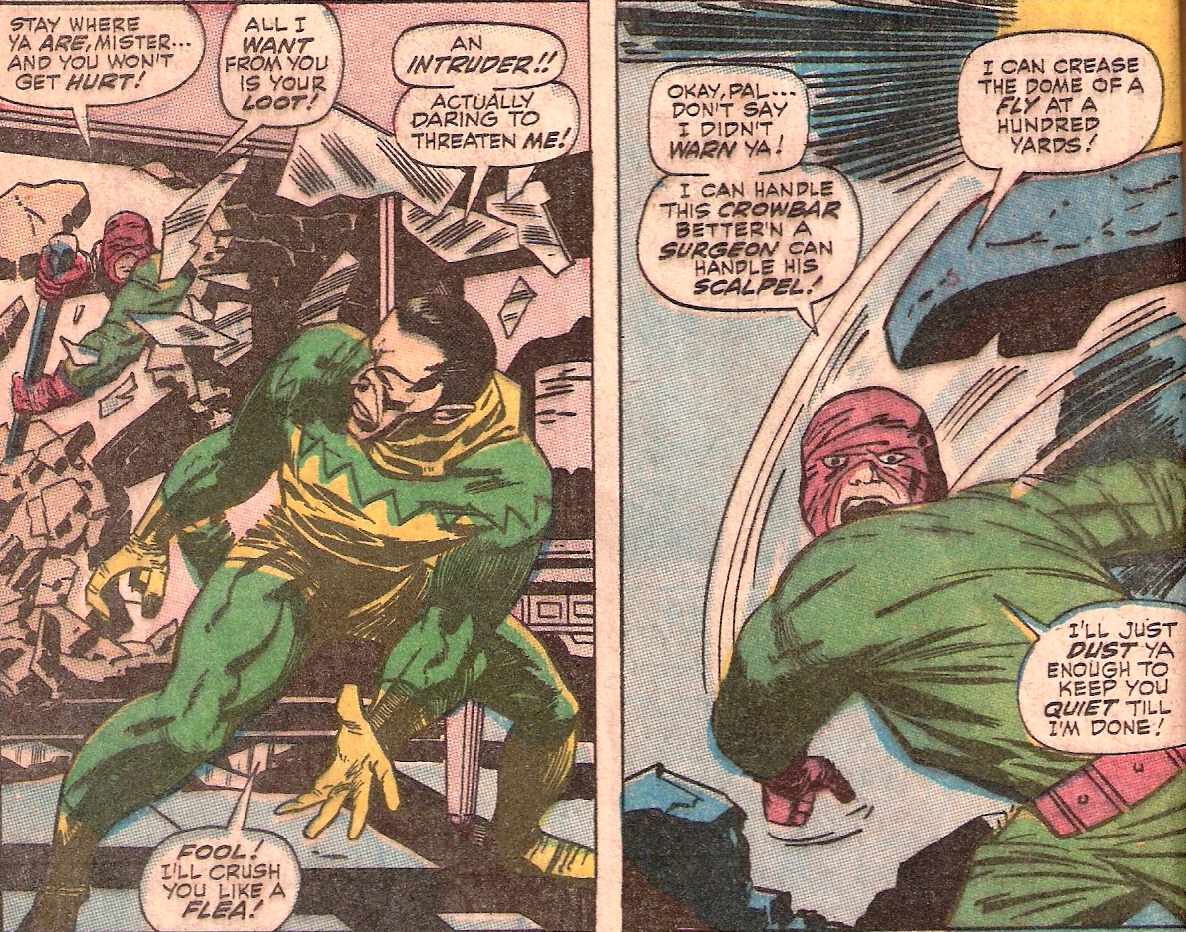 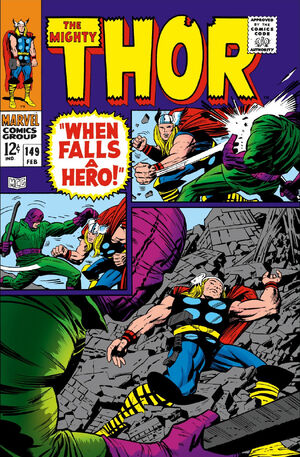