A (apparently Saudi) terrorist named Fasaud has the ability to pop a radioactive form of himself out of TV sets and decides to terrorize CBS.  That’s the villain for these issues, but he really doesn’t matter.  And that’s a good thing, because he looks like this:

Fasaud’s digital self may be a terrible concept, but it takes the new FF multiple issues to defeat him. 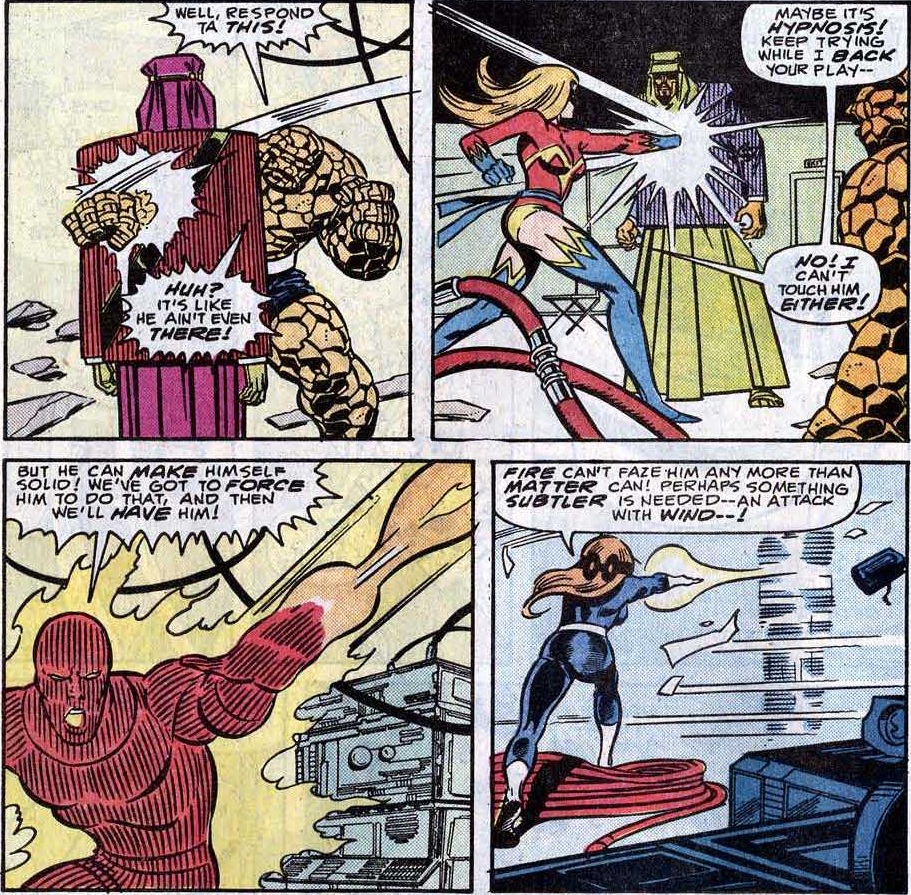 These issues are not a total loss: Along the way, Englehart does a good job at exploring the new team dynamics.  For one thing, Sharon Ventura, who is a rape survivor, is portrayed as terrified of all men—to the point where she can’t even stand to be touched by a male. 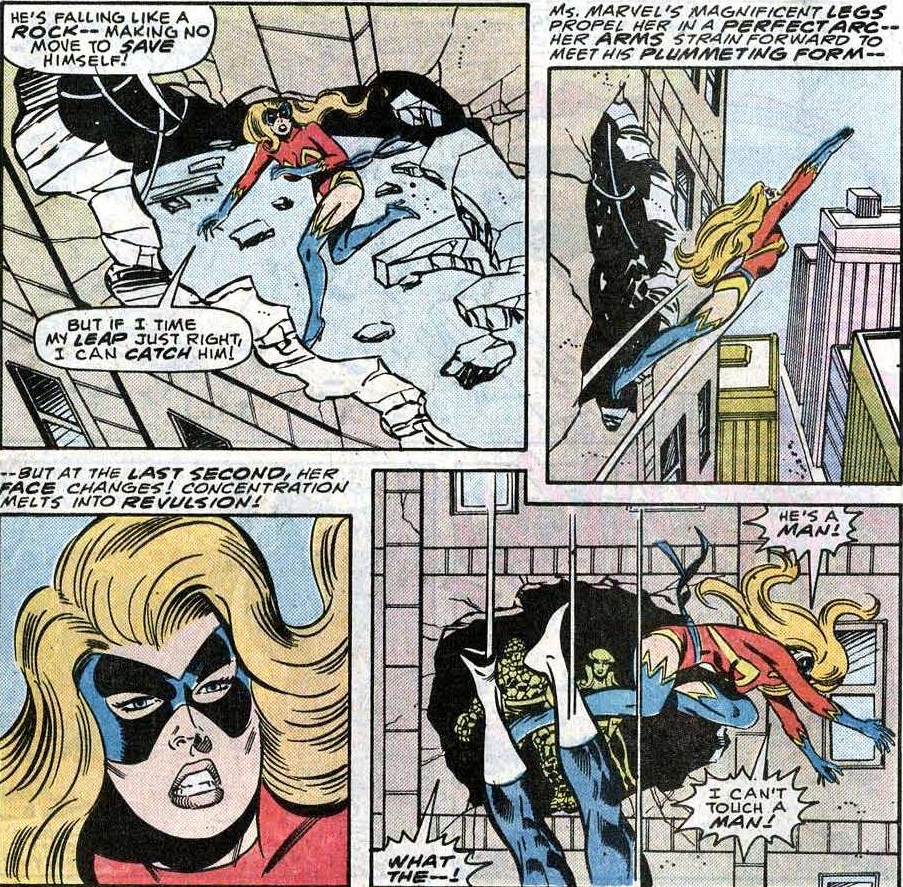 I’m not a huge fan of the concept of this character concept–it feels kind of victim-blamey.

But I do like this one:Ben Grimm asked Crystal to join the team so he could set up a love triangle with Alicia, and we see it’s already starting to work.

Somehow, she can hear through a closed window and a rain storm, but you can’t beat John Buscema’s atmospheric panel, can you?  And good for Ben, since the girl he was interested in, Sharon, has the afore-mentioned aversion to men.

Anyway, back to Fasuad: He captures Ms. Marvel and Thing. 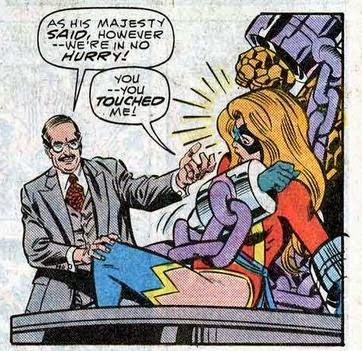 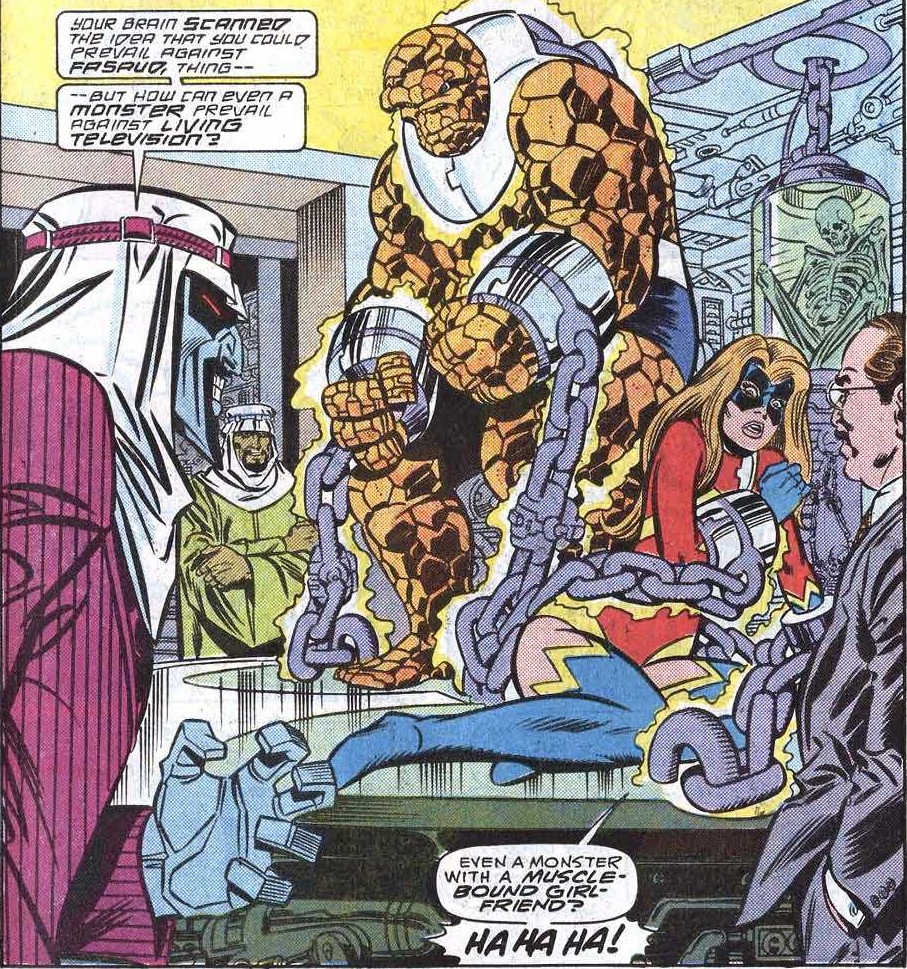 They escape and go to space to destroy the telecom satellite that Fasaud uses to project himself out of every TV set on the planet, but while in space they are exposed to cosmic rays and… 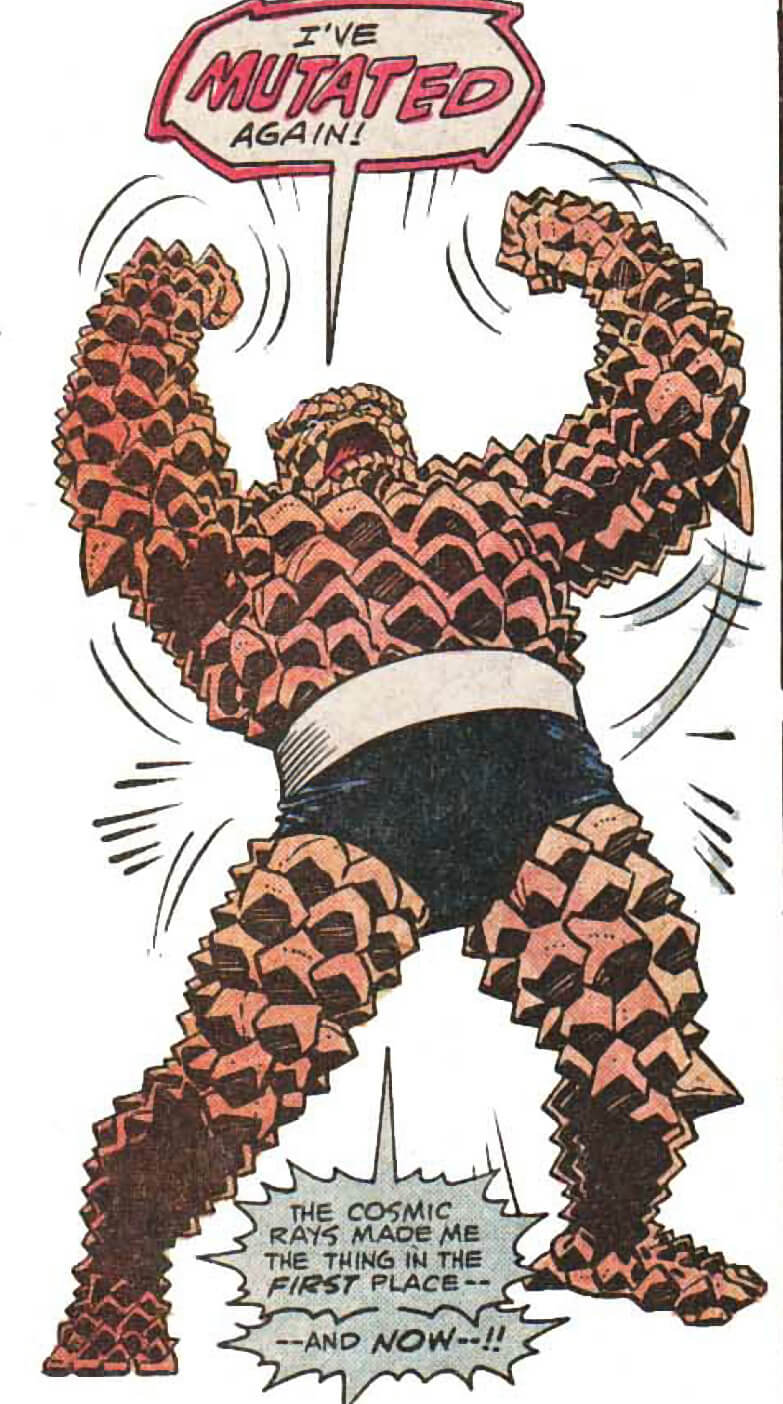 See there, he looks like he likes it, but then there’s this panel: 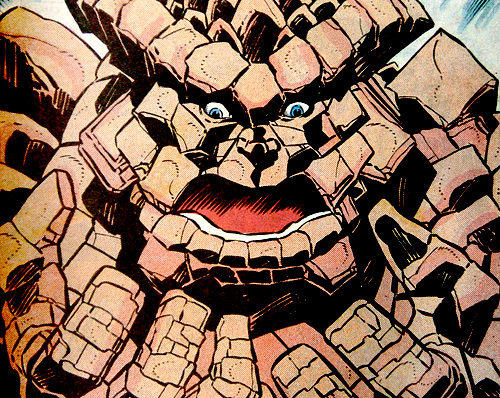 Thing is now sharp and jagged. But also…

Well, that should solve her problem of not wanting to attract men!

Creators: Steve Englehart (script), and say goodbye to John Buscema with #309 and hello to former X-Men penciler Keith Pollard with #310.  The great Joe Sinnott works off Buscema’s breakdowns, as usual, and says on as Pollard’s inker. 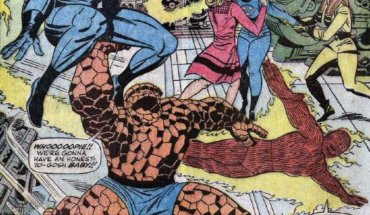 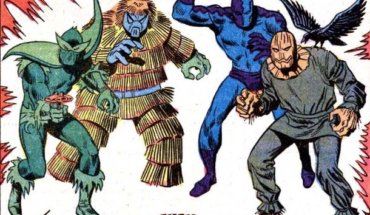 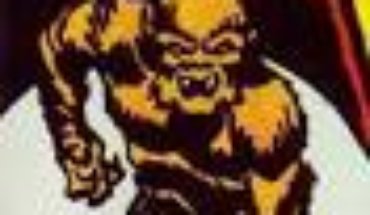