Super Skrull lands in Times Square and announces his intention of global conquest.

In this issue, Super Skrull doesn’t have all the powers of the Fantastic Four, as he would later.  Instead, he turns into a variety of weapons.

Kinda weird that he’s a genetically engineered living weapon from space, and he turns into a medieval battering ram.  It’s effective, though.

In the end, he is defeated by being pushed into a hole, which is welded shut by Human Torch.  This is remarkable because (a) it’s Skrull and not Thing in the hole; and (b) they bury the dude alive.  That’s some cold hearted shit.

This was also an early issue showing the team swarmed by a mob of reporters.  The Fantastic Four were the “celebrities” of the Marvel set.  The Avengers held press conferences, the X-Men were outcasts, and the FF were chased around like The Beatles. 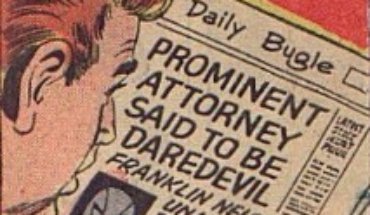