After a little development of the coming next Kree/Skrull war (it’s fine stuff, but it’s not worth recapping), we see that the Elder Obliterator, who was defeated last issue by Silver Surfer and Mantis, has decided to rat out his elder buddies and tell all the big, Galactus-killing plans, which are, frankly, pretty petty.  Obliterator reveals that time existed before our universe.  The Elders are as old as our universe, but Galactus, it turns out, is the sole survivor of the prior universe, which collapsed and then exploded into the new universe we’re living in now.  The Elders want to kill him because he’s older than them.

The Elders also believe that if they kill Galactus there will be another implosion/big bang, and apparently they’re looking forward this because…I don’t really get why.  They’re already immensely powerful—I don’t see how another big bang makes them more powerful.

This is all pretty weak logic.  I was fine with them just wanting to kill Galactus because he’s a threat—I didn’t need all this.

In the end, Obliterator tells Surfer that the Elders are going to meet on Earth since Galactus has sworn off eating Earth so they’re sure he won’t catch them there.

This is the first weak issue of Englehart/Rogers’ run.  It is nice to see Surfer and Mantis being romantic though. 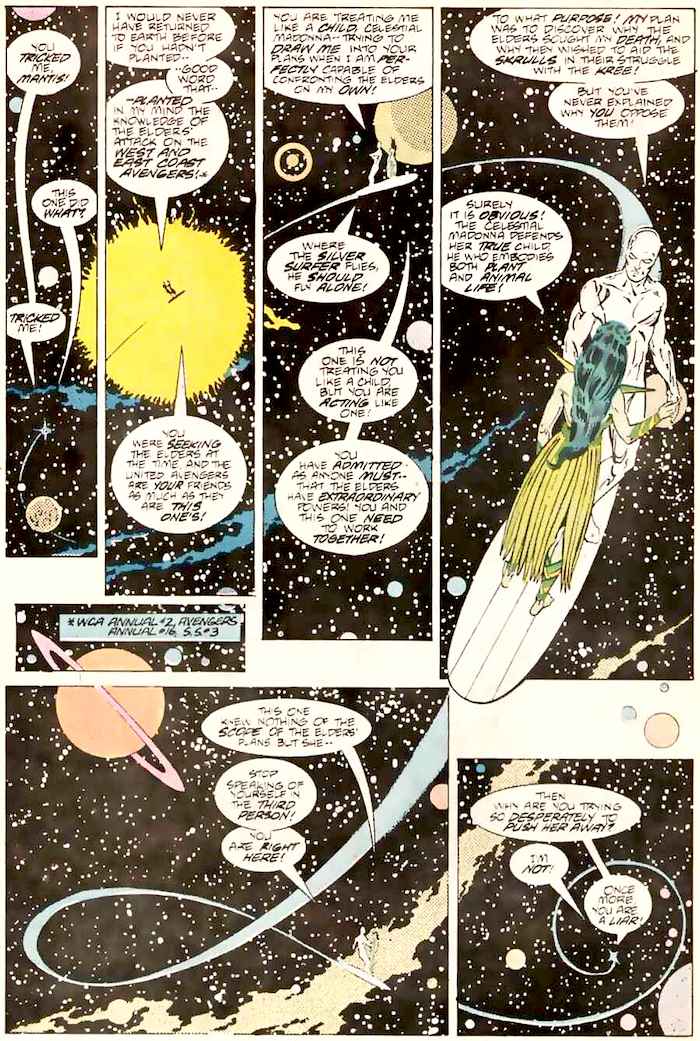