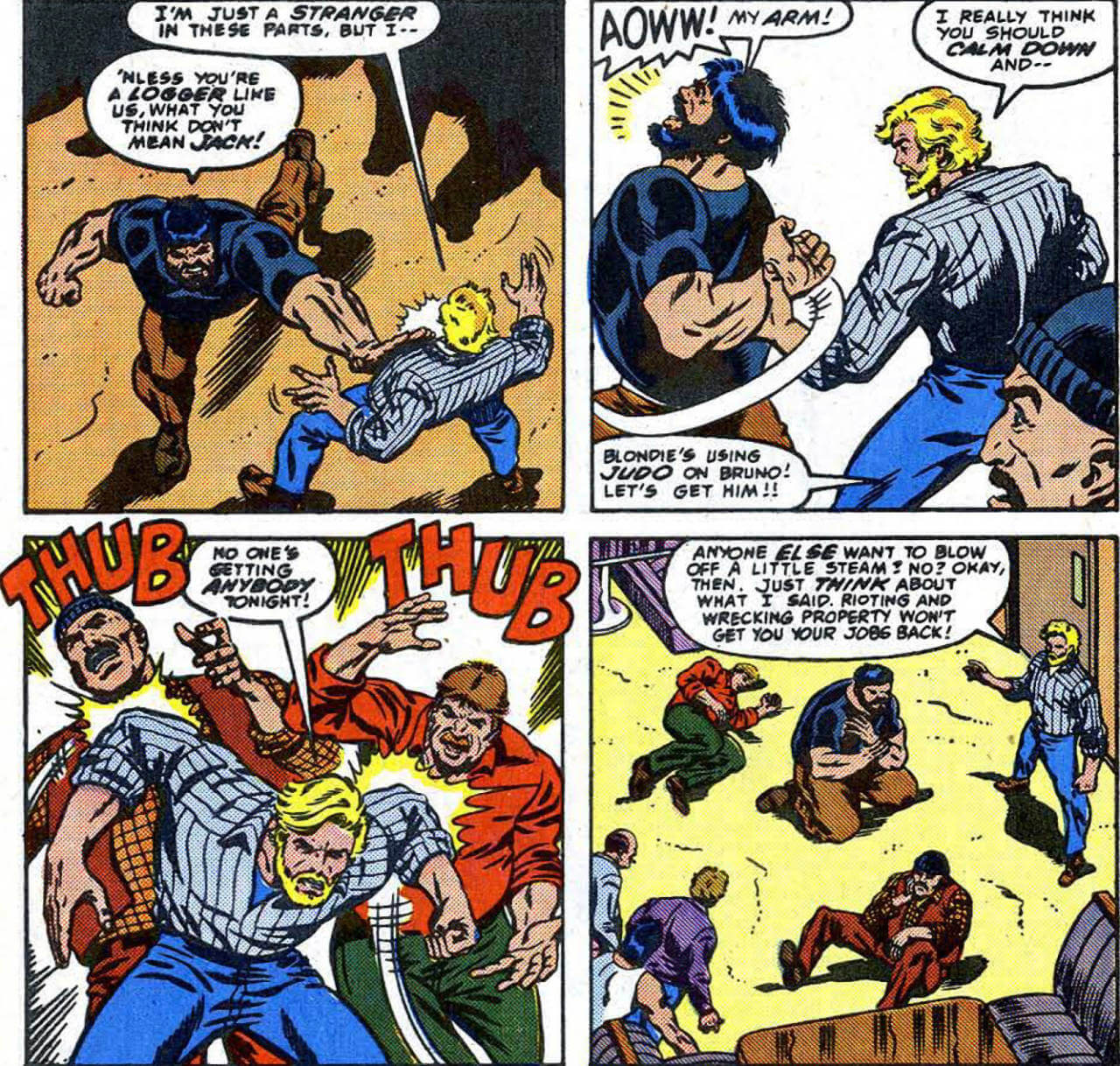 So what has Steve been doing while Super Patriot was taking over his identity?  Getting into bar fights and inspiring Chris Evans by growing a beard!

You have to admire Mark Gruenwald for waiting several issues before bringing Rogers back into the story—it was enough time for fans to “get into” the new story, and to show that the changes he was making wouldn’t be resolved quickly.  It’s also worth noting that this issue, which is about Rogers and doesn’t include Super Patriot Cap, is less interesting than the Super Patriot issues. 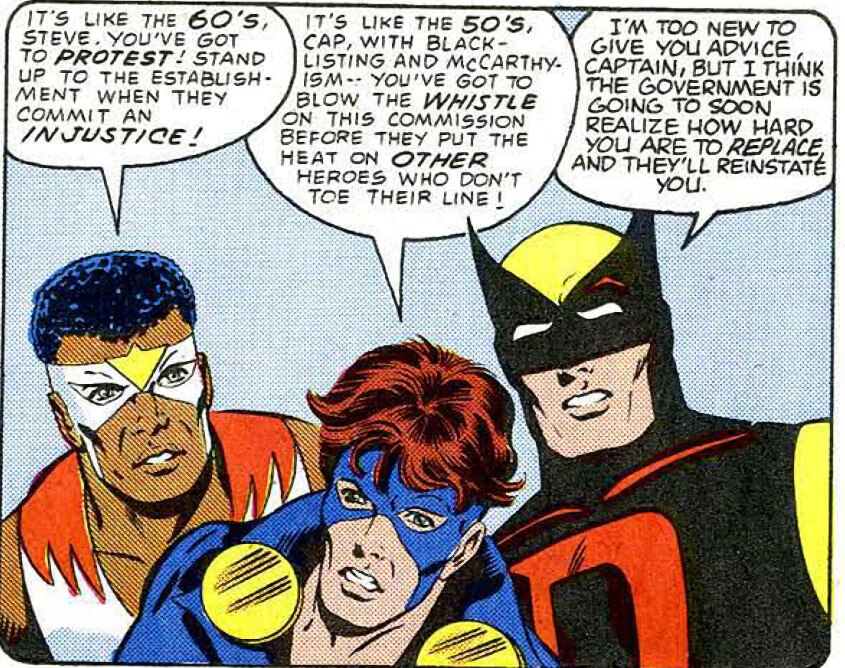 In this issue, Steve starts calling himself “The Captain” and gets advice from friends about how he’s doing the wrong thing by not fighting the U.S. government’s decision to take away his identity. 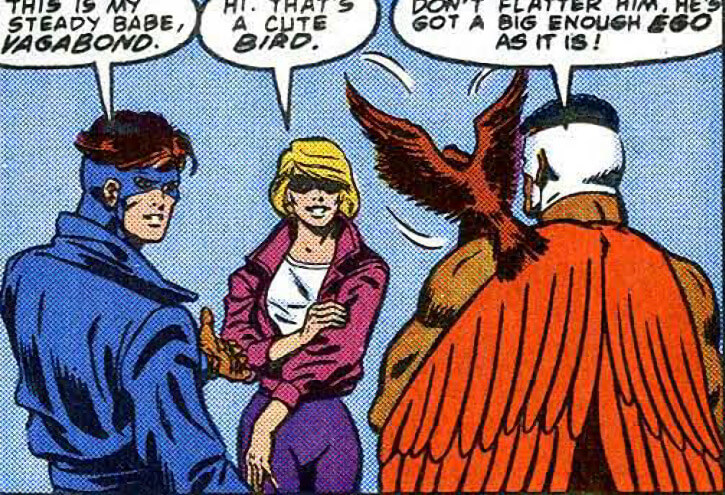 The three pictured above are also hanging out together these days.  Actually, it’s a team of four.  A female wrestler from D-Man’s group has joined the crew under the name “Vagabond.”  She’s Nomad’s “steady babe.” 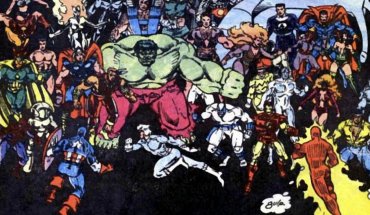