The Bugle debuted in issue #5, and already it’s becoming a Spider-Man mainstay.

This was the issue that introduced The Lizard, and his family drama.

You all know the origin, right?  He lost his arm and created a regeneration serum from reptiles. 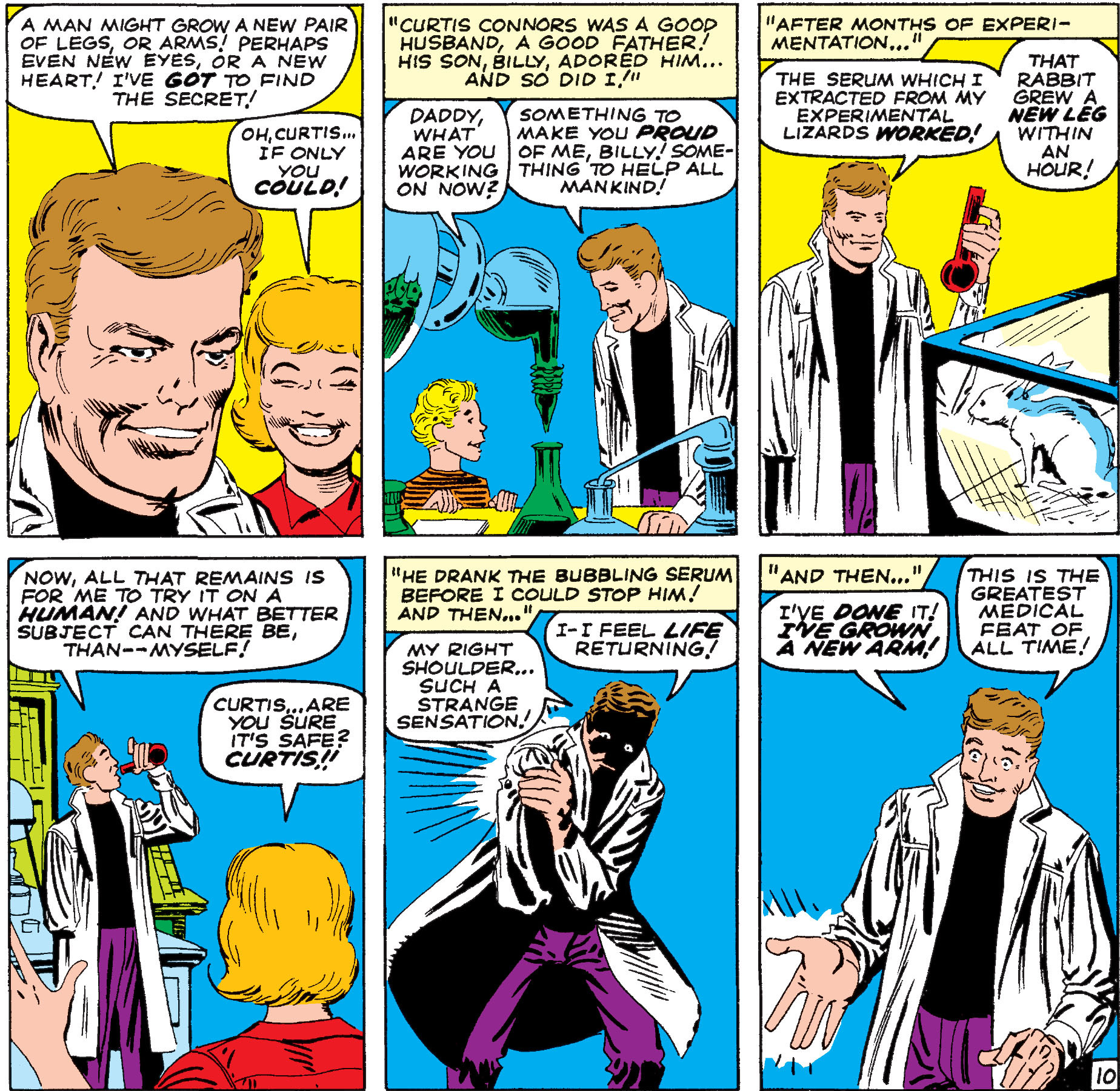 Of course, it goes wrong and he turns into a vicious lizard animal.

He also has the ability to control alligators.  I guess he always has that power, but I don’t remember him using that often.

Here’s how he transforms: 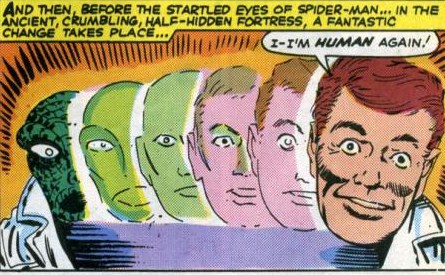 Look at these early issues: Vulture.  Chameleon.  Doctor Octopus.  Sandman.  So far, every villain introduced in these issues has become iconic.  Oh, and Flash is still a jerk. 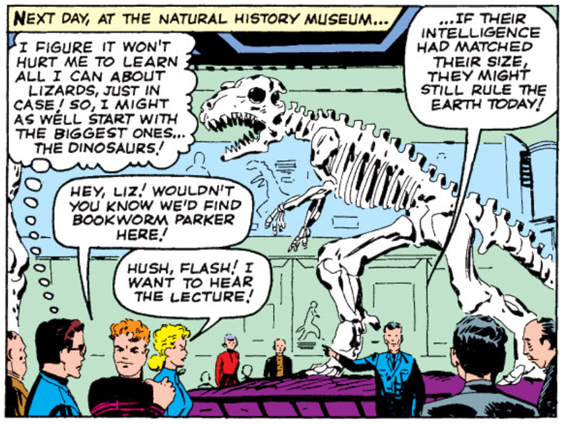 Stan Lee was a fucking genius.  I know current nerd politics are to say it was Jack Kirby who did all the work, but that’s bullshit.  Stan pulled his own weight, and then some. 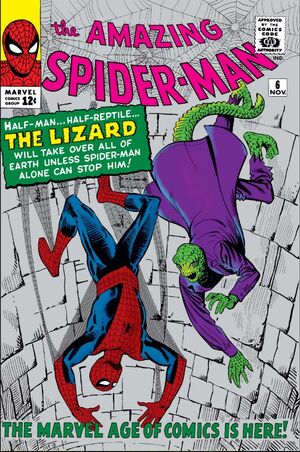