More forgettable Ant-Man stories, usually with him fighting the Russians.  They’re all short, just one of several stories in the comic.  So, I’m just going to do the highlights here.  Like the above-and-below sequence from #37.

It’s hard to take a character seriously who is beaten by a hose set on “spray” mode and saved by a piece of candy.

But we meet Egghead for the first time #38, Ant man’s first arch enemy, who traps him in flypaper. 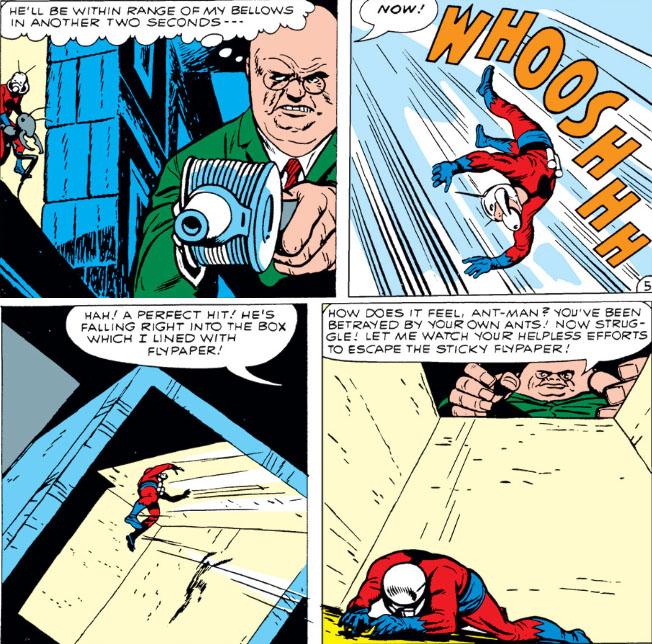 Here’s his “origin,” which is nothing you couldn’t have anticipated:

There’s also the first appearance of The Voice, a done-in-one villain with powers similar to Purple Man, who will return a few decades later.

And Scarlet Beetle, who will fight Iron Man in 9 years.