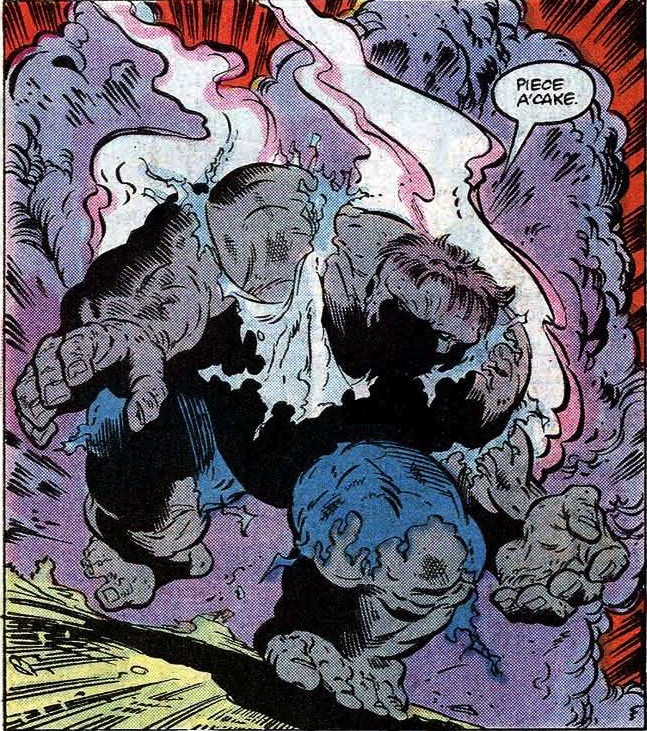 A new “villain” appears, the (somewhat cosmic or magical) empath Mercy, who is drawn to people with suicidal thoughts, who she then “encourages” to take that final step.  We don’t get a lot of her backstory yet, but she’s a good foil for a character like Banner/Hulk.  She gets people to succumb to their own self-destructive thoughts. It doesn’t work on Hulk/Banner, though. Most of this issue is internal Banner vs. Hulk stuff—mind games and torment.

Yes, we’ve seen this many times before: “inner” conflicts externalized into action panels with Banner and Hulk physically confronting each other, but Peter David does it very well.

Also, the Leader is still poking around.  He seems to have psychic abilities now, and is taking mind control over politicians.  I’m sure this is going somewhere, but I honestly don’t remember.
It’s been a long time since I last read this run.
Creators: Peter David and Todd McFarlane
Grade: B-