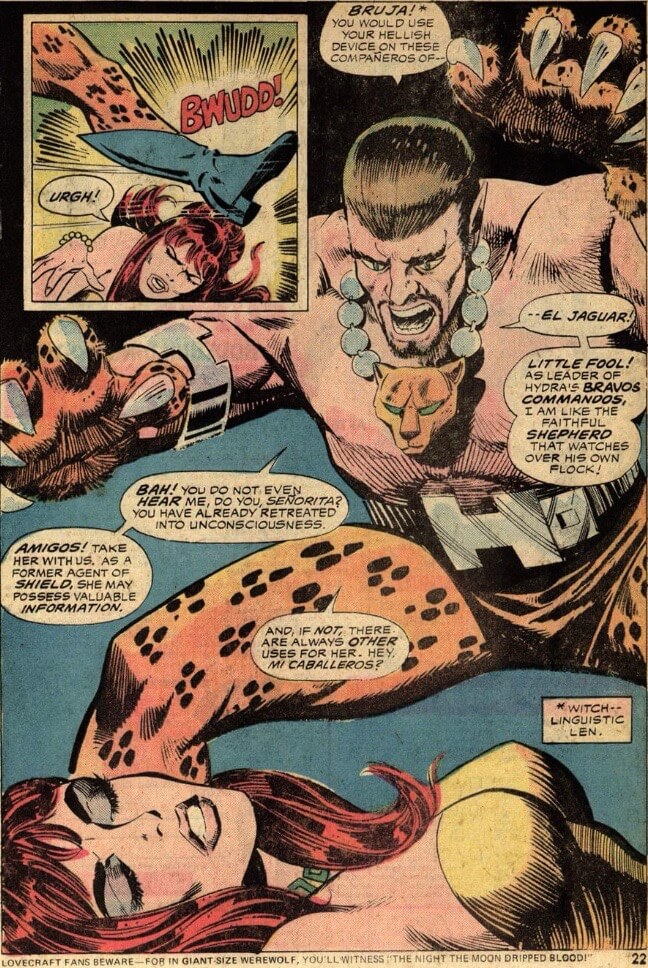 El Jaguar looks like Kraven, speaks in stilted Spanglish, and works for Hydra in this four-part story of DD and Black Widow and SHIELD vs. Hydra. 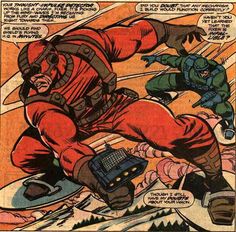 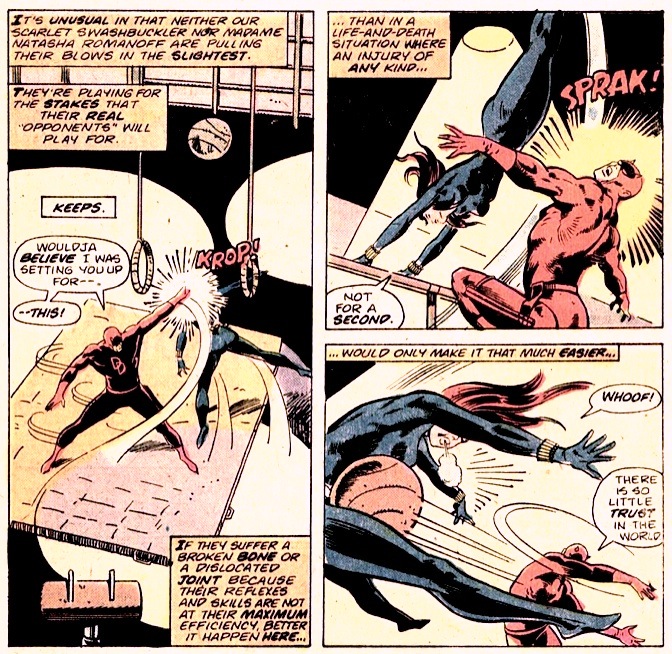 Lots of Daredevil and Widow fighting each other in these issues, which is annoying because she’s supposed to be a badass and he handles her pretty easily.  The Dreadnought gets hired by Hydra and attacks a courthouse where Foggy Nelson is working.  Man-Killer, Tigra’s old foe, is also hired by Hydra in these issues. 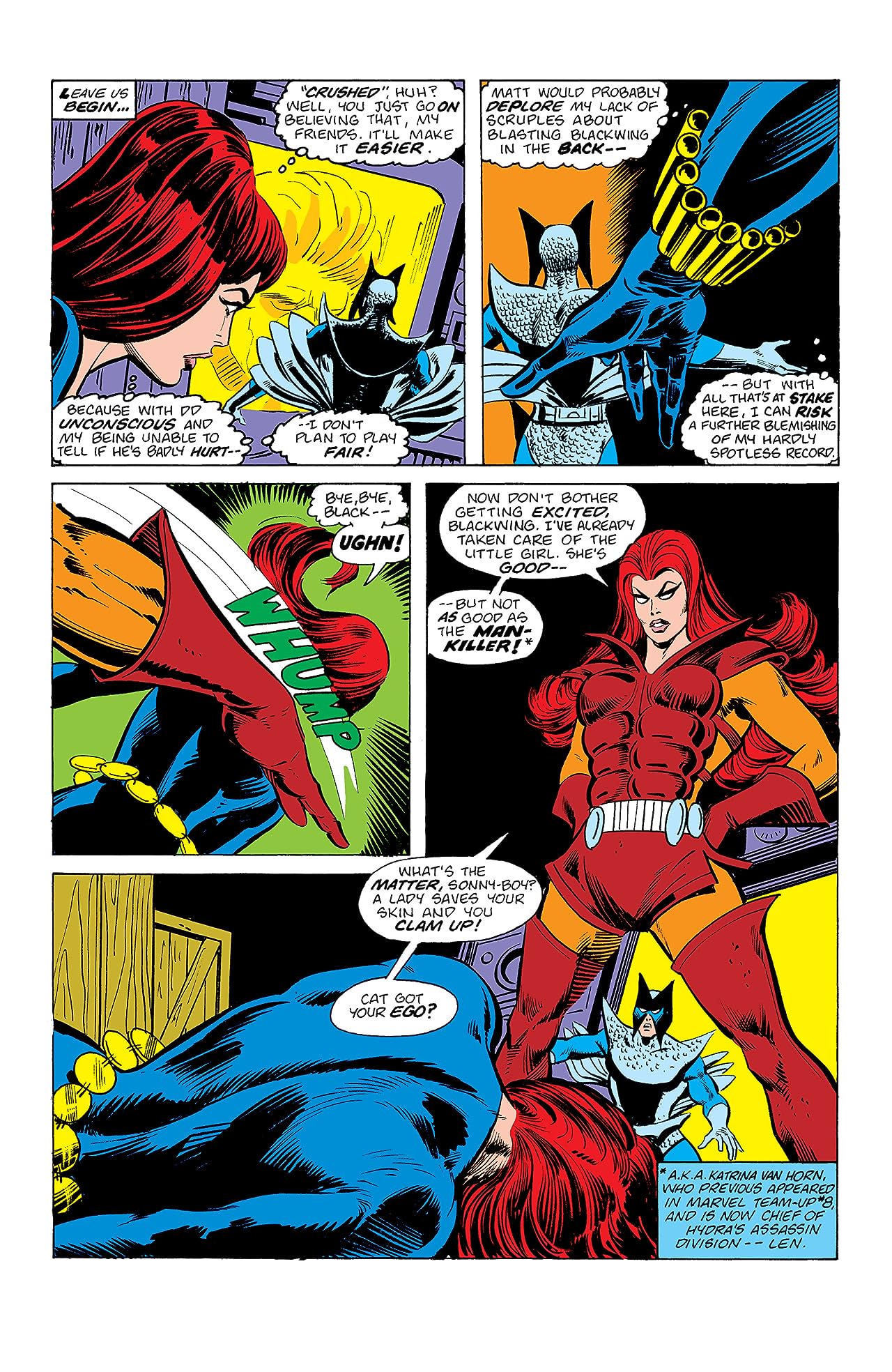 Eventually, Hydra crashes a party where Foggy is joined by Natasha Romanoff and Matt Murdock. 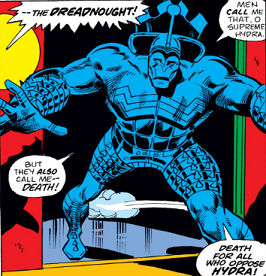 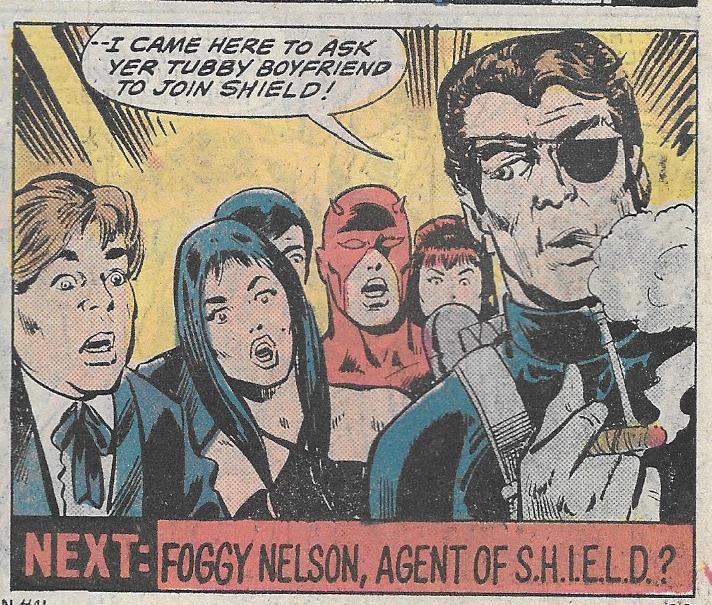 There’s the cliffhanger, above, and the splash for next issue… 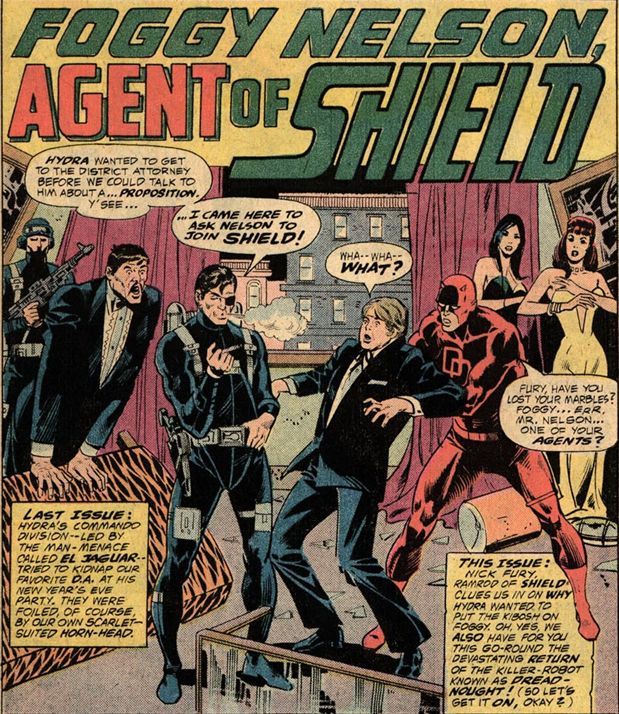 Of course that’s not how it really goes down.

Widow makes a decision that this is the last time she will be with Daredevil.  Of course, she does come back.  Again.  She’s a yo-yo.  But I can’t blame her. Matt treats her like crap…. 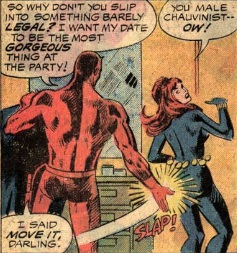 Creators: Tony Isabella and Bob Brown
Grade: C.  Not good, not bad, not much to recommend it, no reason to avoid it.
For the complete history of the MU, year by year, go here. 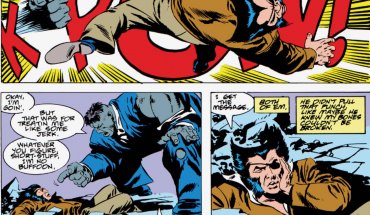 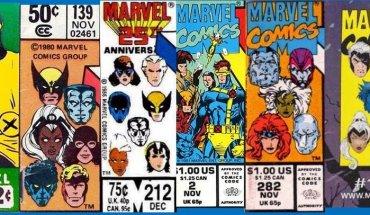