Reading the Sub-Mariner comics has been one of the more challenging parts of my effort read every Marvel comic ever.  I don’t find the character all that interesting (he’s kind of a one-note guy), and his adventures tend to be repetitive.  In fact, I think he’s the only character in history to get amnesia and wander around the world more than once.

In this comic, though, it’s mostly a big fight. 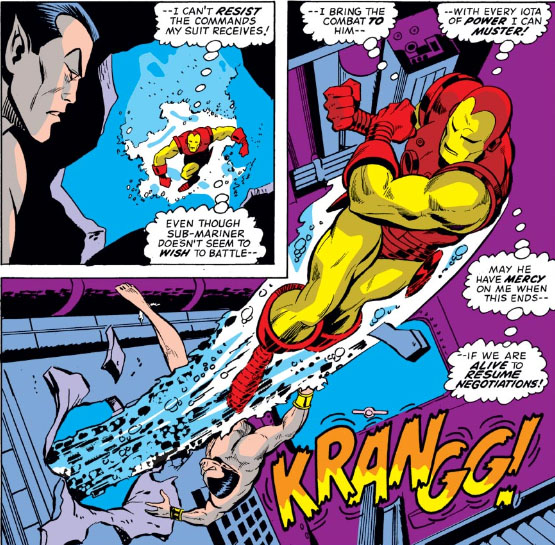 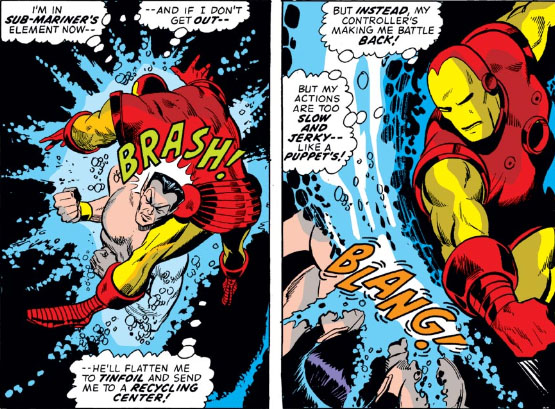 I was very surprised to see Moondragon debuting in this book, since she’s a “cosmic” character.  Of course, she’s not Moondragon yet.  Instead, she’s “Madame MacEvil.”  Why is she Irish?  No idea.

In this book, she’s an evil scientist who wants to dissect Sub-Mariner and is abusive to her helping computers.