After being defeated last issue, Harpy is carrying Hulk around in her big claws, when the military sneaks up her with big jets.

Look how awesome the splash page is, too: 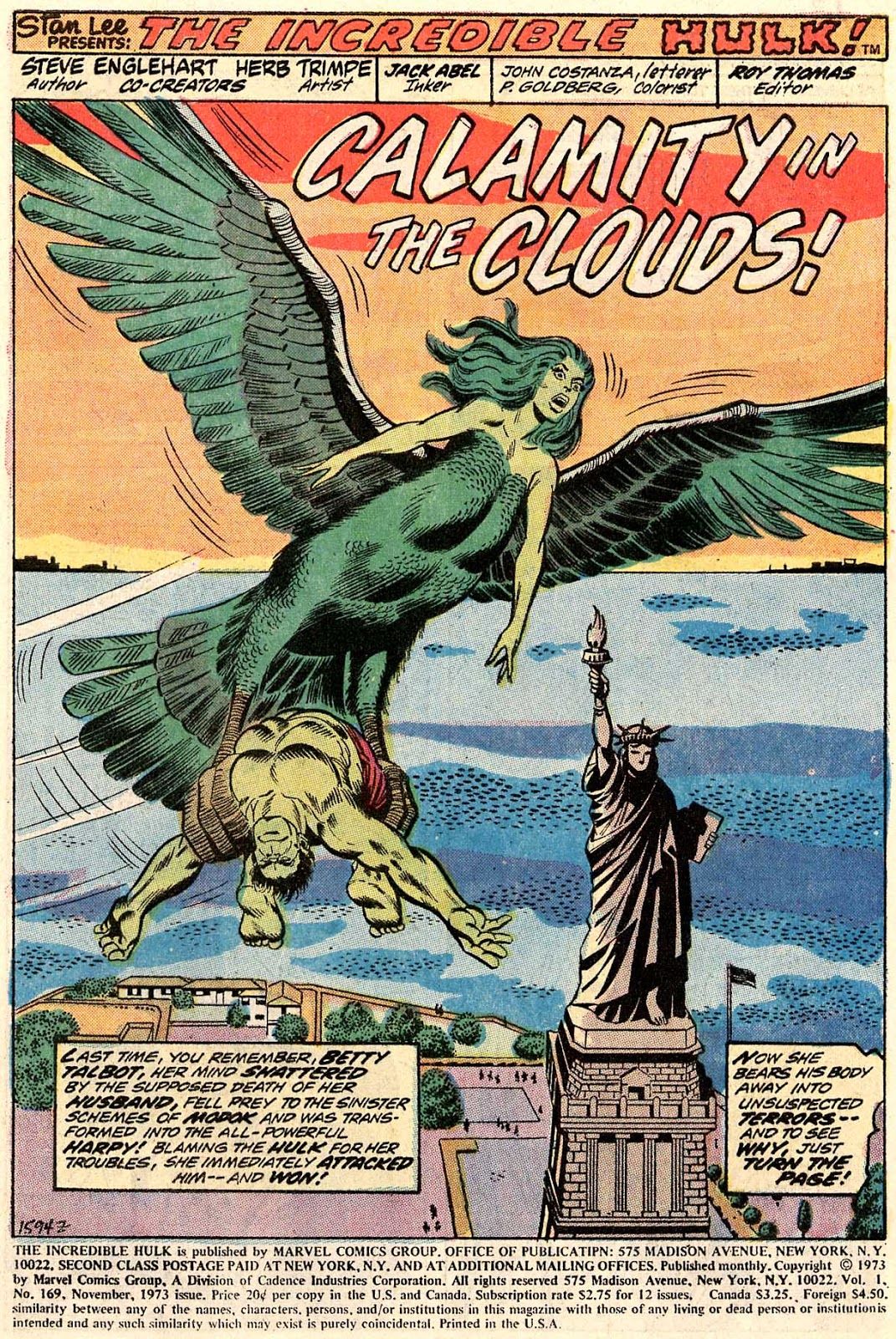 In an effort to escape, they end up in a city in the clouds where they meet… Bi-Beast!  The character with a name almost as hilarious as Man-Thing! 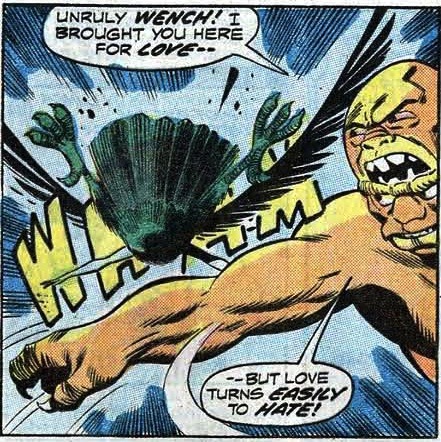 From there, Steve Englehart just gets weirder.  Bi-Beast two heads argue with each other, because one is philosophical and the other is warlike, MODOK tries to take over the cloud city where the Raven People live (Bi-Beast is their protector), and Banner gets the Harpy to change back to Betty.  The cloud city blows up, and Banner and Betty fall…

Note: I’m not seeing the little one-liner adverts for other Marvel books at the bottom of each page anymore.  Sad.  I liked them.