Bob Brown takes over for John Buscema on art chores. The world decides that Vision and Scarlet Witch’s romance is blasphemous, and a terrorist group called The Living Bombs attacks and damages the synthezoid.

Tony Stark fixes him in the end, but Scarlet Witch is so angry at being discriminated against, that she storms out.

The fight ends at the Statue of Liberty, and this passes for comedy… 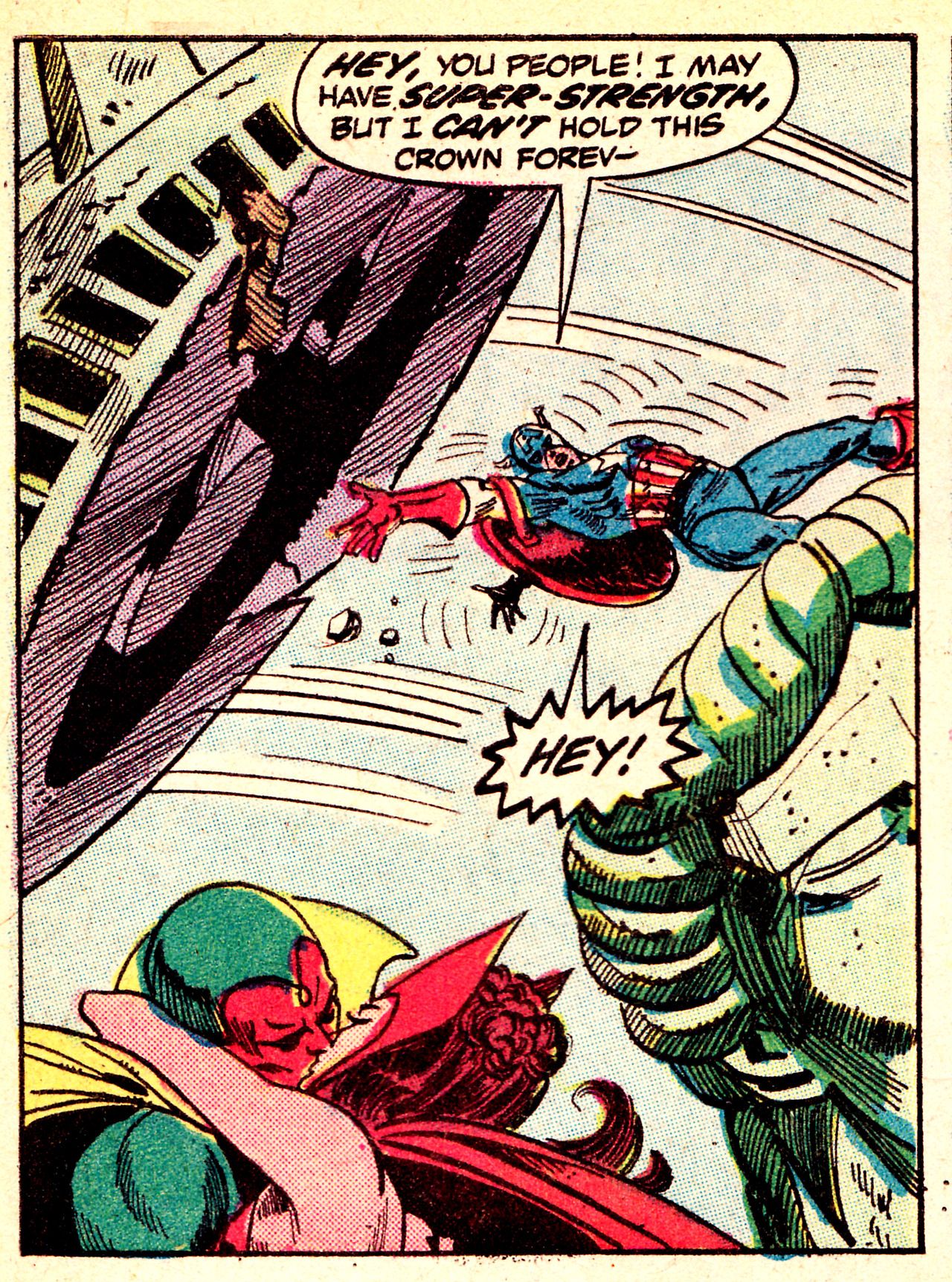 This issue has elements of the “androids ain’t people too” theme that ran through The Avengers for quite some time, and led to the rift between Wanda and her brother that go so bad she wasn’t even invited to his wedding.

Marvel Comics loved themes of prejudice and persecution, where DC had nothing of the sort for a very long time.

Also: Tony and Don reveal their secret identities to each other.