Look who’s on the title page!  (The golden dude is not Warlock, it’s The Runner from Defenders #143.)  This will be good—Silver Surfer is done getting off Earth and moping about Shalla-Bal, and ready to get into some cosmic stuff.

Apparently, the 1987 Avengers/West Coast Avengers annuals revived Grandmaster and Firebird got collected by Collector.  This issue starts off right after that, with Firebird attempting a jailbreak by “holding Collector at bay with her powers of fire and light.”  You’d think a cosmic elder who collects threatening life forms and weapons would have a way to deal with that, but it seems to work until Silver Surfer can arrive and rescue her. 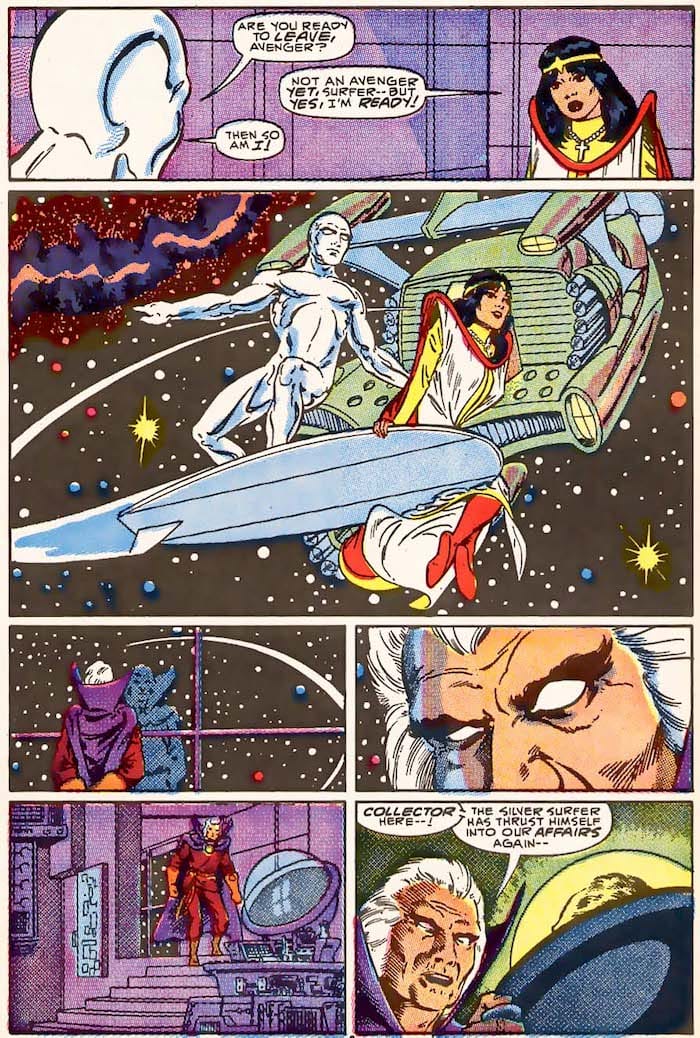 Collector is not happy about that, and he contacts other elders who agree Silver Surfer is too meddlesome and must be stopped.  The send The Runner after Surfer, Runner leaves him for dead on an uninhabited planet until Mantis comes along. Mantis is now a cosmic green character, kind of like a cross between The Gardener elder and Swamp Thing.  Remember—she married a plant species at the end of the Celestial Madonna storyline in Avengers, when we last saw her.

And she’s a mom, and her kid lives on Earth.  She is aware that the Elders are getting together and plotting something terrible, so the pair go spying. 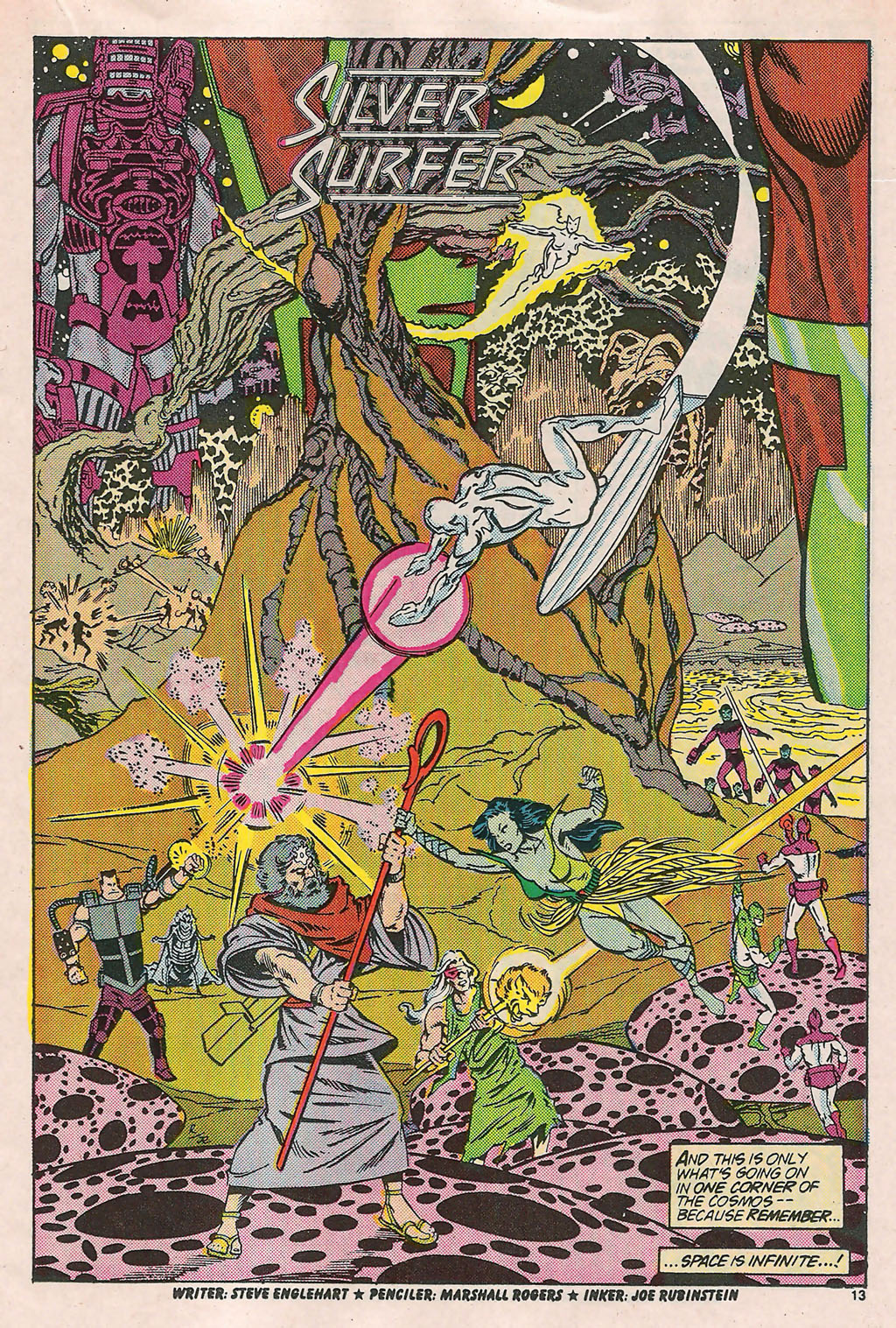 They learn that Death has rejected the Elders, effectively making them immortal and unkillable.  We also meet three new elders: 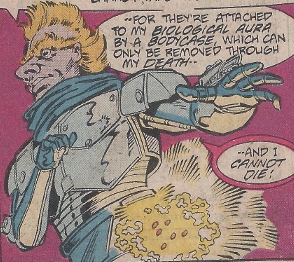 Trader (above), and Astronomer, and also learn that Ego The Living Planet is an elder.  And Steve Englehart explains that each Elder is the last of his kind—and, through Grandmaster—explains some of their abilities.

So, what are they up to?

They want to kill Galactus.

At this point, the Elders and Ego—the planet where they’re gathering—sense Mantis and Silver Surfer.  There’s a fight, and the pair escape, vow to work together, and kiss… Wow.  See, that’s how you write Silver Surfer.  In just two issues, there’s a huge plot that will take many issues to resolve, multiple threats whose powers represent cosmic forces, there’s some romance and some loneliness…

Also, there’s a subplot involving the Kree finally learning that the Skrulls have lost their ability to shape shift. The Skrulls are trying to keep this secret, and in one scene that commit mass suicide to prevent Kree from capturing them and learning the truth.

And somehow, this ties into the return of the Celestials…

This is Steve Engelhart when he’s good.  What with West Coast Avengers and Vision/Scarlet Witch, we haven’t been getting his A-game lately.