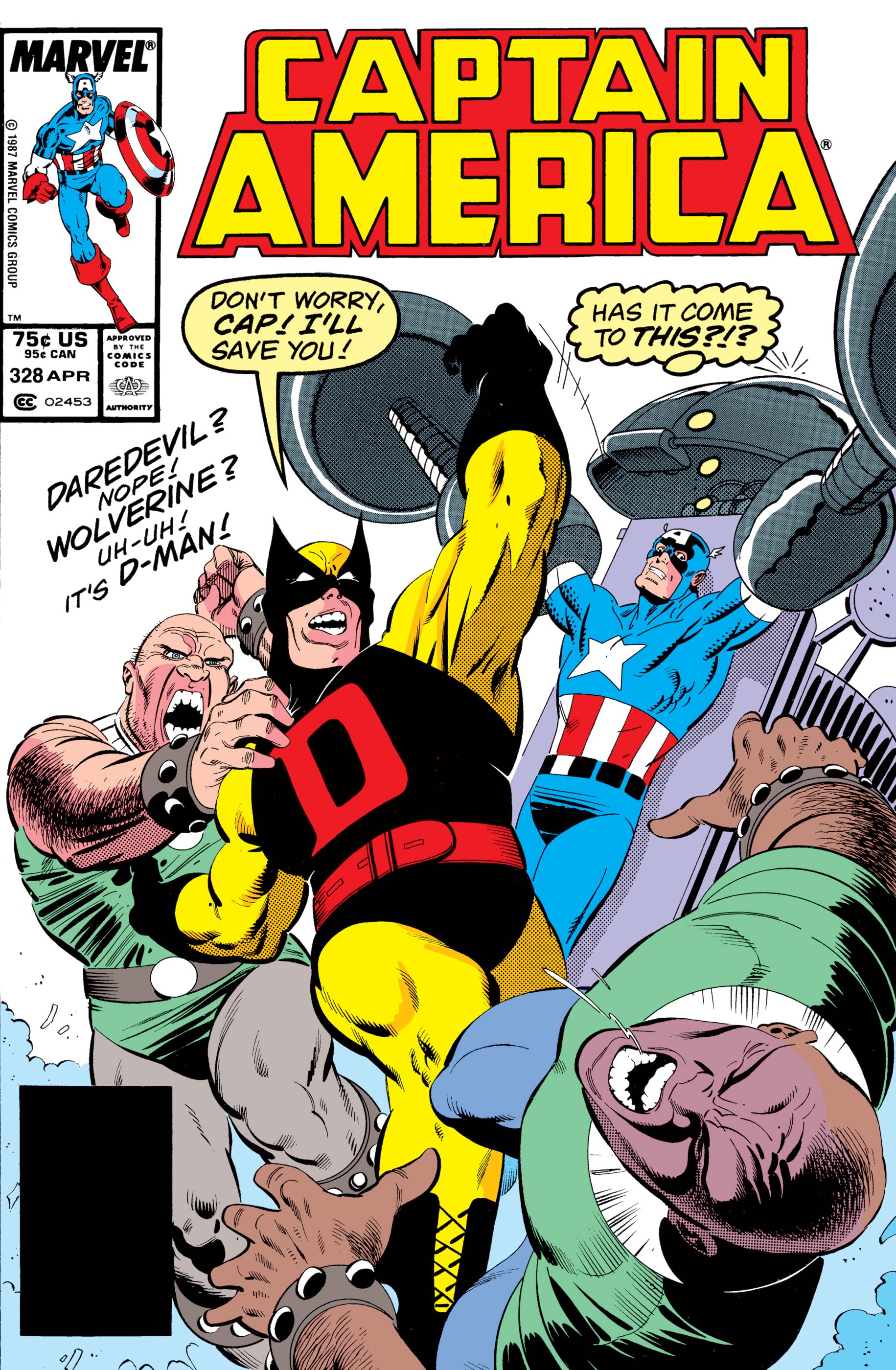 Mark Gruenwald uses these issues to set up a major change for Cap and also to resolve issues left open after cancellation of the old Thing and Spider-Woman comics.

Remember in Thing that there was a wrestling league of super-powered folks? 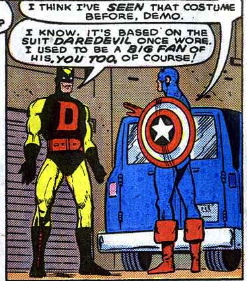 Cap and Nomad visit the league and we get the first appearance of D-Man.  We’ve already seen him as Demolition Dunphy, but now he’s in costume.

The three of them track down Power Broker, who gave all the wrestlers their powers, because he also gave powers to the right-wing, criminal zealot Super Patriot.

There’s some mad scientist fighting, Cap fights in the sewers with rejects from Power Broker’s experiments, and is saved by a new team: Night Shift. 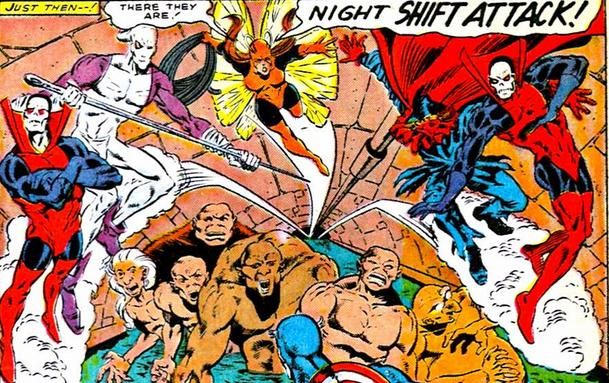 The new team consists of a bunch of characters, many of whom we haven’t seen since Spider-Woman #50: Gypsy Moth, Tatterdemalion, the Brothers Grimm, Tick Tock, Dansen Macabre, Werewolf by Night, Frankenstein and their leader, Shroud.

Their mission is to fight horrors who live in the sewers of Los Angeles—sort of like a non-mutant version of The Morlocks.

The motley crew go after Power Broker and defeat him, rescuing Sharon Ventura (Thing’s old flame from his solo book) in the process.  Captain America decides to let Night Shift leave in the end, after the mission is over, even though they might have outstanding warrants. 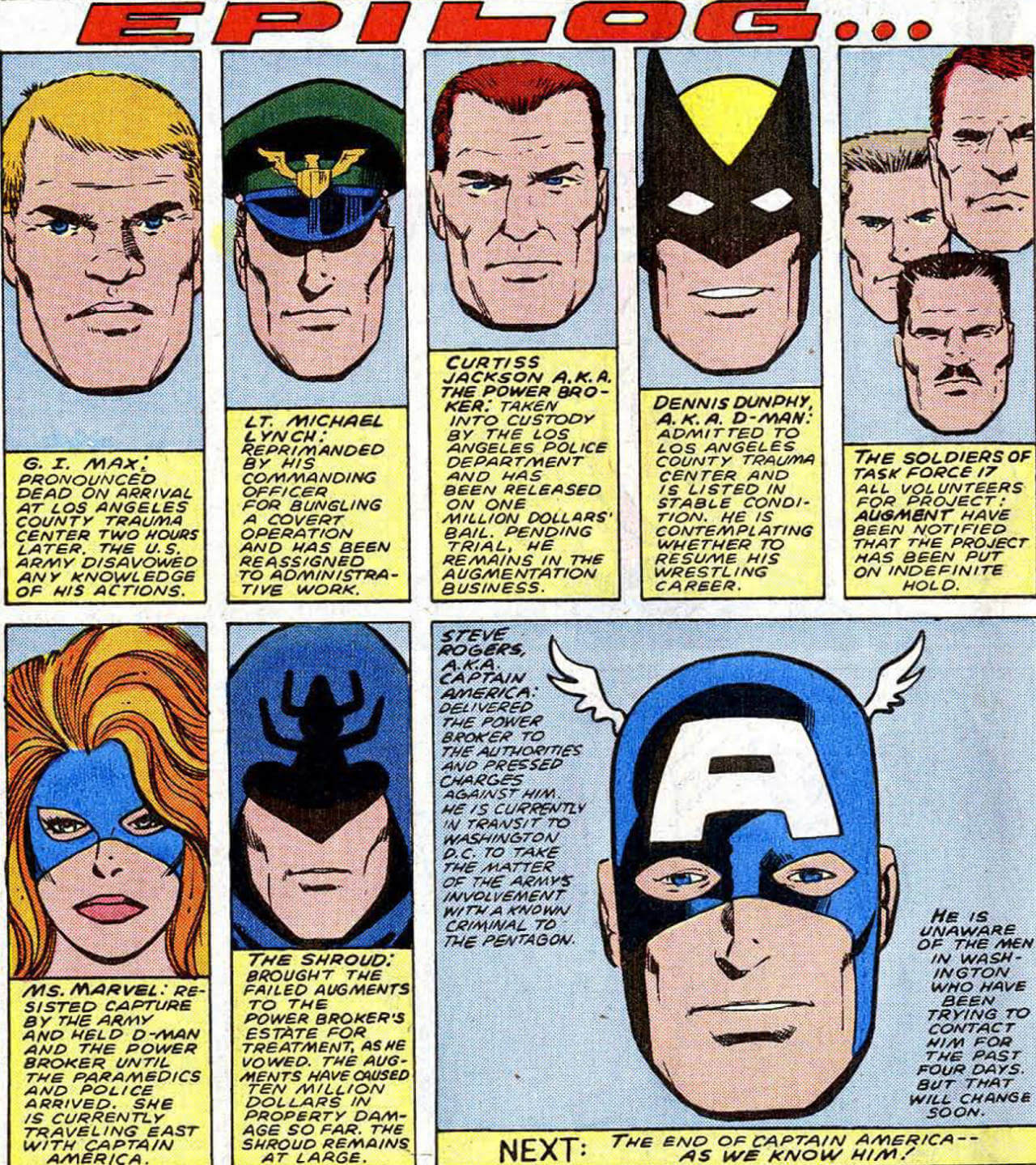 We get a little wrap up of some of the characters introduced in this story, but not of Night Shift.  Sharon “Ms. Marvel” Ventura is listed as a new companion for Cap. 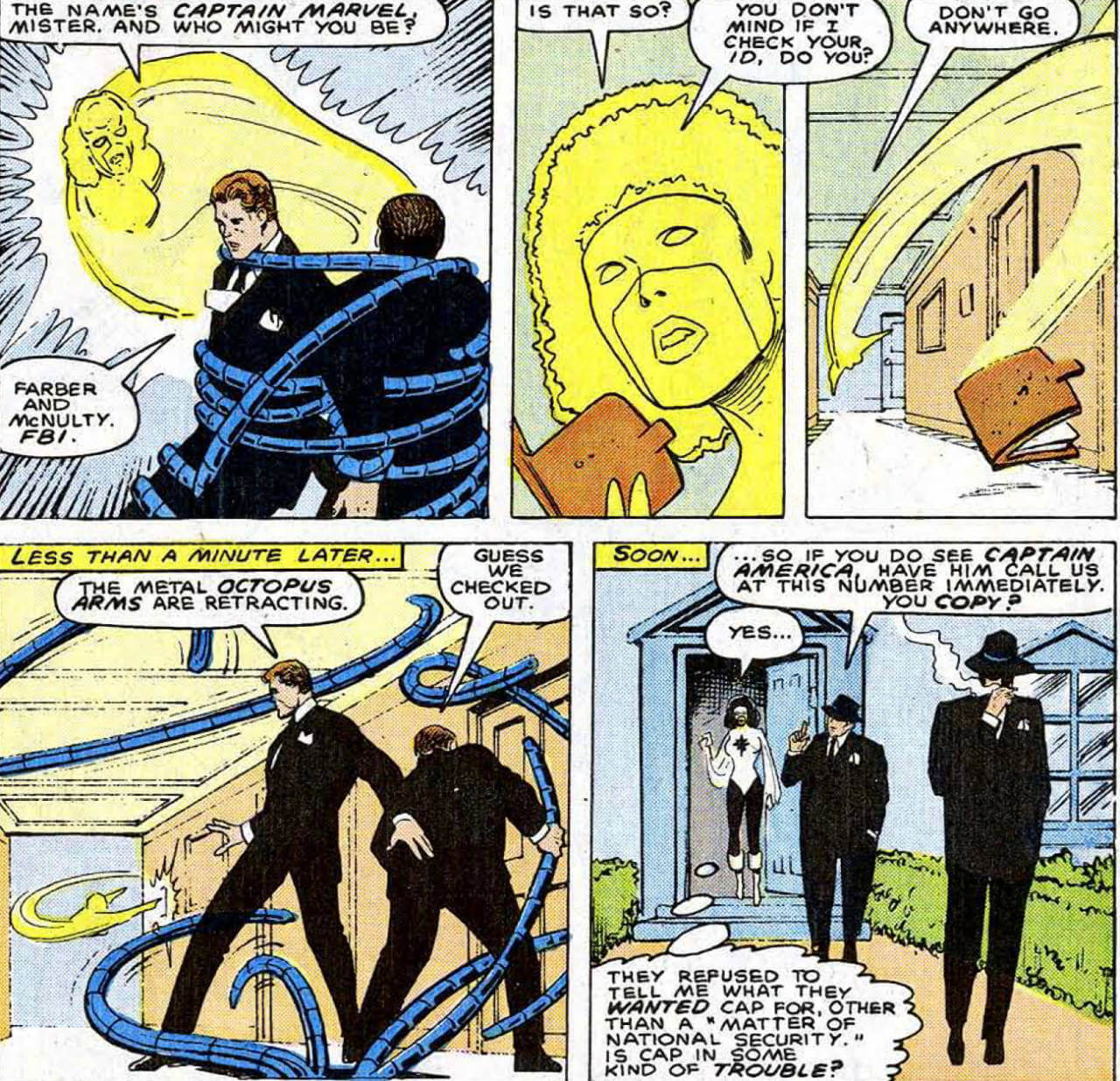 Also, I said up top that this arc sets up the next one, remember?  Well, some Feds break into Avengers Mansion (it seems like everyone can break in there!) to serve warrants for Cap.  It will have big implications next issue. 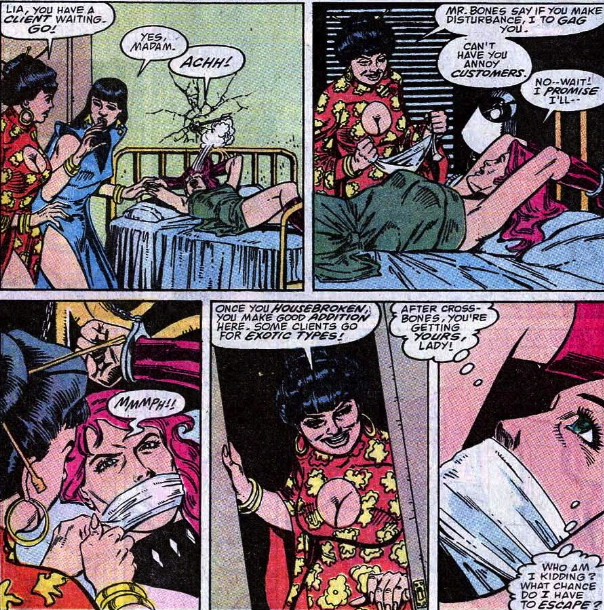 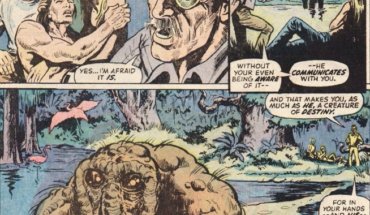 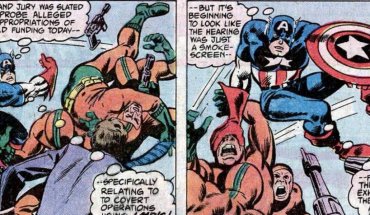 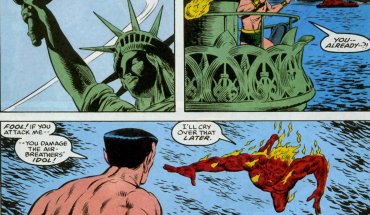