Home
Earth's Mightiest
AVENGERS #281-285: Assault on Olympus (PLUS: Who can lift Thor’s hammer?) 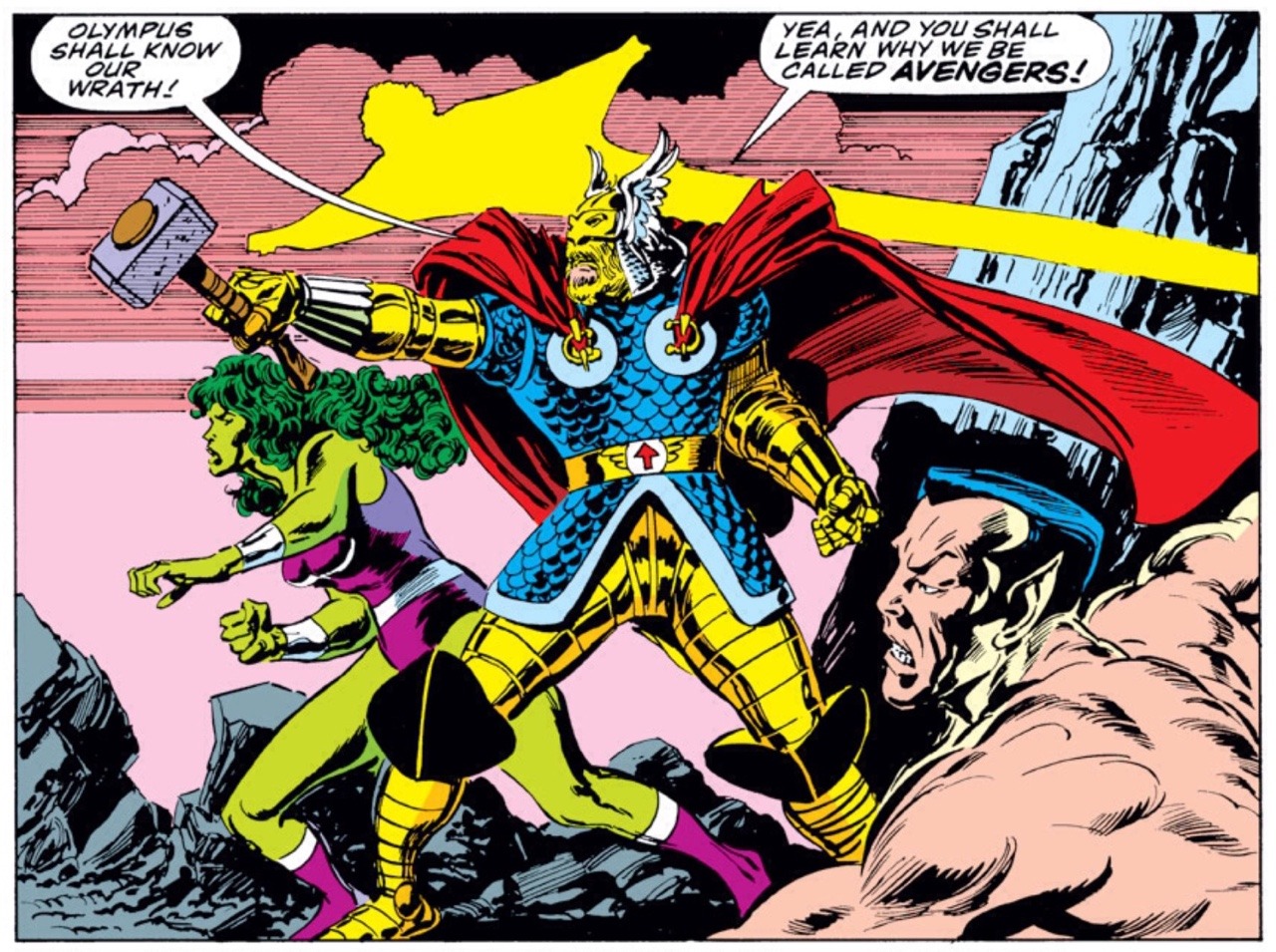 After the great storyline about the Siege on Avengers Mansion, Roger Stern and John Buscema bring the Avengers to Mount Olympus…To fight the Greek pantheon!  This is the final story of Roger Stern’s Avengers run—easily one of the top five runs of all time.

Basically, the Avengers punch their way through Zeus and his pantheon until, inevitably, the Norse God of Thunder goes against the Greek God of Lightning. 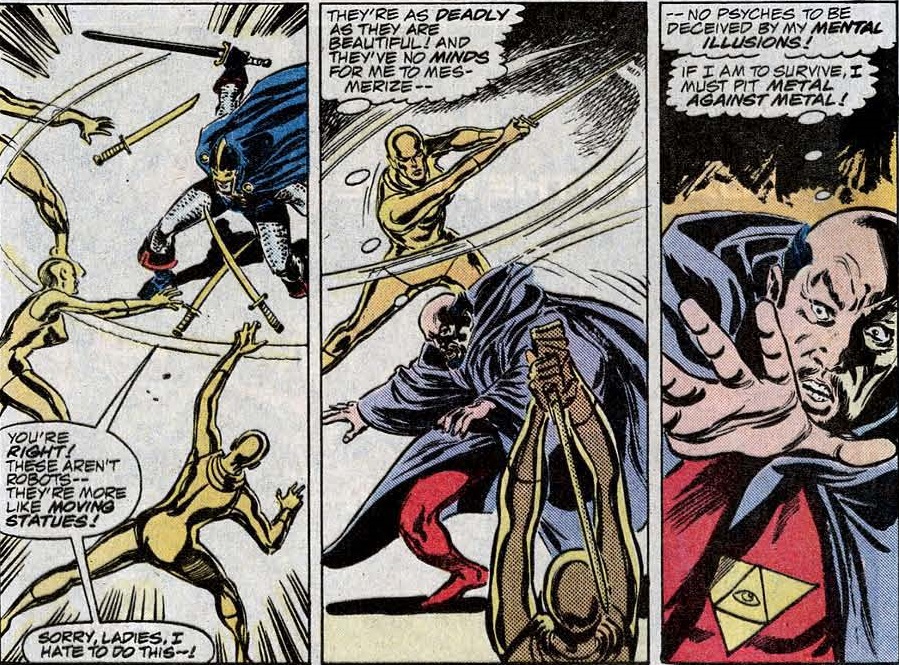 And that’s She Hulk knocking out Dionysus up there.

And that’s Thor proving that Norse power is stronger than Greek. Although, Haephestus does lift Mjolnir.  Now, I’ve probably read a dozen “Who Can Lift Thor’s Hammer” articles over the years, and seen it on tons of forum sites.  None of them ever mentioned Hephaestus.  I guess you could argue that he didn’t lift it–it was just the momentum of moving towards Thor, but that’s not what it looks like to me.  Plus, he’s clearly lifting the handle in a preceding panel.  I think I just scooped Wiki!

It’s all based on a misunderstanding.  During the Avengers Mansion siege, Hercules got knocked the hell out and wound up in a coma.  Right before that, he’d stormed off when Wasp tried to get him to act like a teammember.  In fact, it was as a result of this hubris that he ended up getting so badly hurt.  (Like the way I worked in a Greek word there?)

Anyway, Zeus finds out what happened to his baby boy and hijacks Hercules up to Mount Olympus.  Naturally, The Avengers want to help him so they follow.

Anyway, Herc wakes up and he’s lost his mind (temporarily) so the battles continue until they all figure out that they’re friends after all and it wraps up.  Most heroes vs. heroes battles end this way.  It’s probably not a cop out, since it’s what we all expected to happen, and along the way it was a rip-roaring yarn.

Roger, you were one of the best.

And we’re at the end of Stern’s run.  He plotted the next, really, really odd arc, but the scripting went to Ralph Macchio (who is nowhere near as good).

The end of era.  But what a great story to go out on.