Who would have thought that Bob Harras would write one of the most excellent done-in-ones of 1987?

After being tortured by Mr. Hyde in the last arc, and suffering residual effects, the Avengers’ loyal butler Jarvis is in recovery.  He’s been severely and permanently injured, to the point where Tony Stark offers him full retirement, but his sense of duty and obligation make him decide to stay on at the Mansion.

And of course, Jarvis ends up deciding to return to work.  ‘Cause he’s the man.

The issue offers a nice history of the team, through Jarvis’ eyes, and serves as a solid bridge between several long arcs.  Mostly, retrospective issues are a crashing bore.  But this is one of my favorite Avengers issues ever.  Like Jarvis’ memory of a particularly odd lineup change:

The only major character, other than Jarvis, who appears in a non-flashback sequence is Tony Stark, so only Iron Man gets a tag. 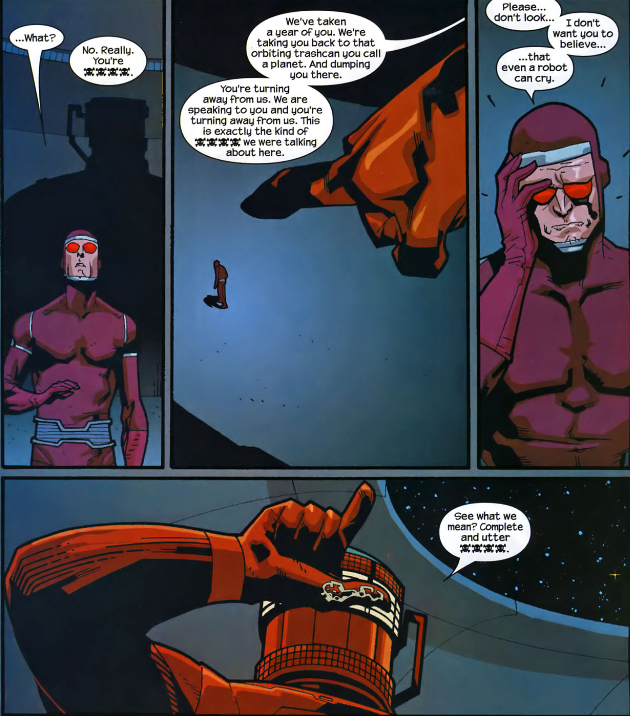