T’Challa gets another series, but it’s a miniseries.  Peter Gillis wrote it and the great Denys Cowan drew it.  It starts, above, with a tribute to Gil Kane’s classic shot of Panther vs. a rhino.

A panel so classic, it got adapted for the movie.

The book begins by paralleling Black Panther in Wakanda with black people in nearby (also fictional) Azania, an African country still occupied by white British government.  A black political prisoner is captured and becomes “Man-Cat,” a freedom fighter in Azania. 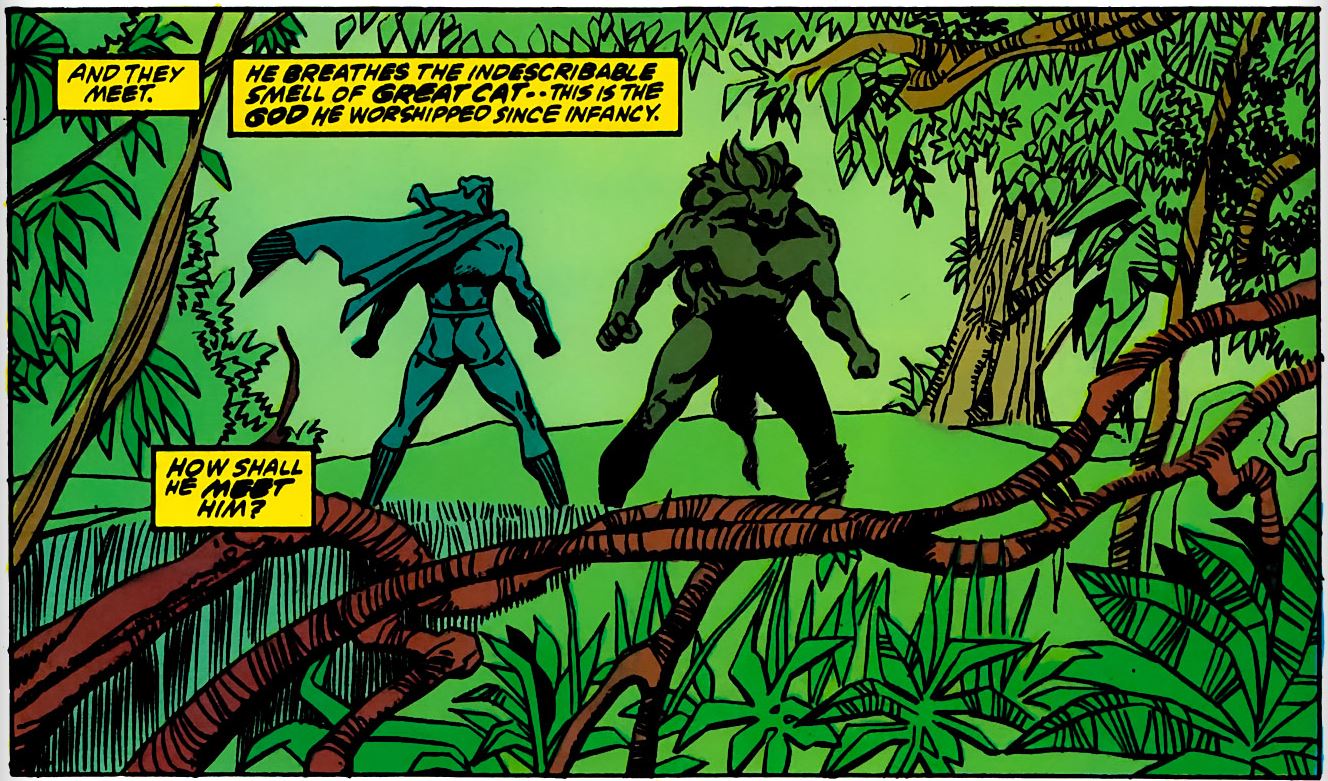 The man has powers similar to Black Panther, and he starts attacking government officials and cops in Azania, and the Apartheid-stand-in government believes Black Panther is responsible.

And, of course, the story involves unrest in Wakanda and an attempt to unseat Panther from his throne.  Which seems to be the story for all Black Panther comics.

The art is good, but the story is a pretty heavy-handed tale of racism.  The villains pretty much sum it up…