Home
Earth's Mightiest
THE AVENGERS #69-71 (1969): Grandmaster and The Squadron Supreme 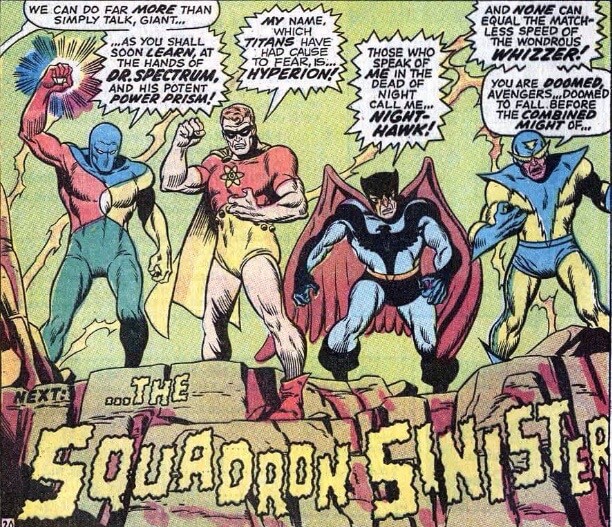 Kang’s not my favorite villain, but this story is an embarassment of riches.  Kang takes the team as his heroes in a battle against one of my favorite Marvel cosmic characters, Grandmaster (his debut!). 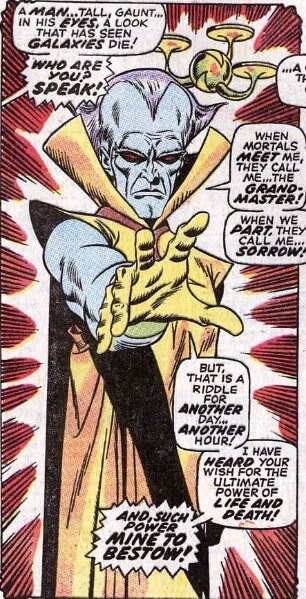 Grandmaster, who would later do a very similar thing in Contest of Champions, and Kang pit Earth’s Mightiest Heroes against Marvel’s knock-off version of DC’s Justice League of America. 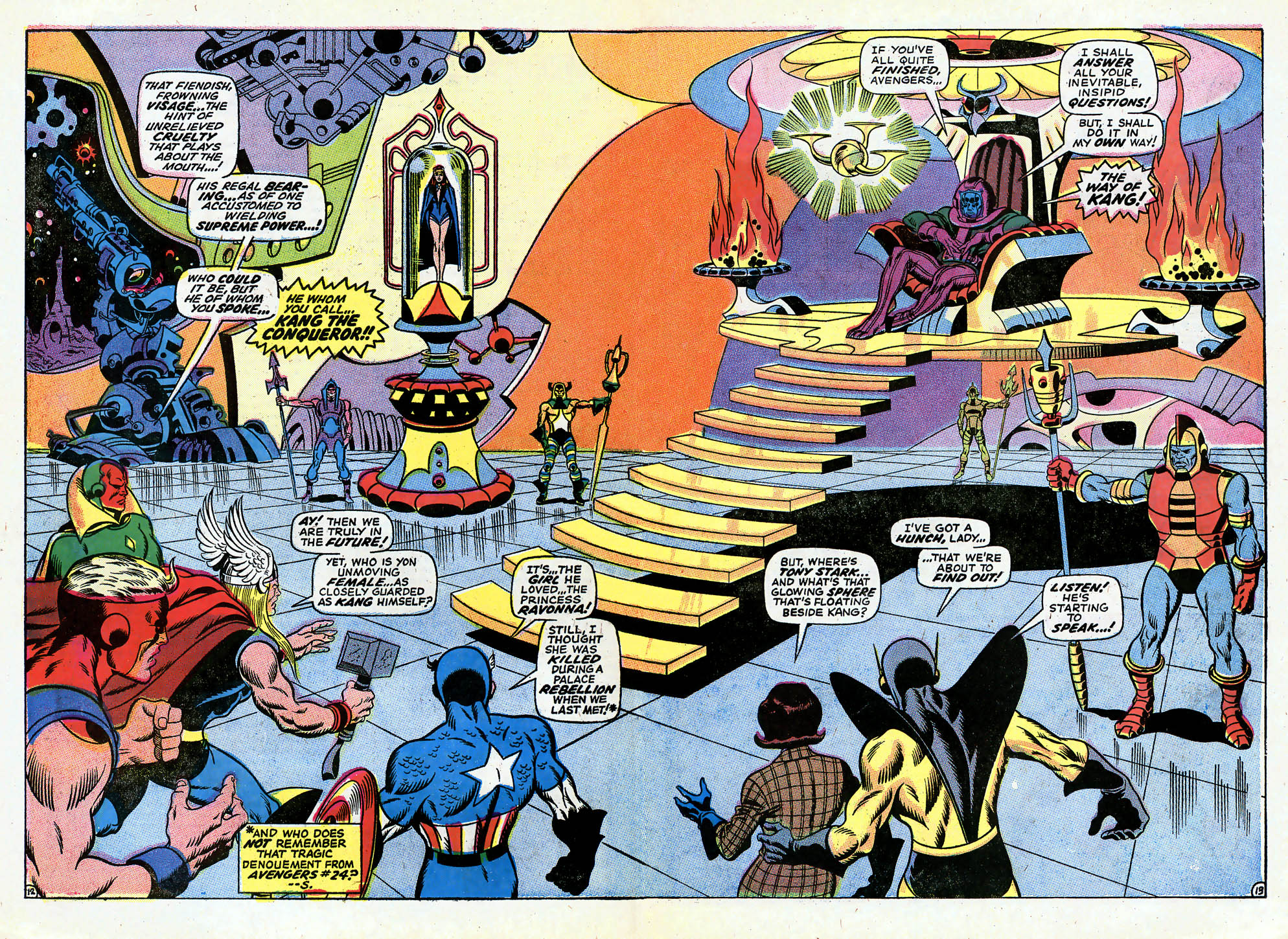 The Contest, in turn, was the logical progenitor of Marvel Super Heroes Secret Wars, which is generally regarded as being the first “event” book in comic book history.  We recently saw Roy Thomas pay tribute to Shazam in Captain Marvel #17, and now we get Marvel’s take on the Justice League of America!

And that’s not all!  In the third act, we get to meet The Invaders for the first time.  Recently, in the pages of Sub-Mariner, Namor’s history was retconned so that his WW2 past—with Captain America—became part of the 616 Universe.  Here, Roy Thomas is sewing the threads tighter.  In a lot of ways, these issues represent the movement of the Marvel Universe from a simple “shared” one, where people would walk on to each others’ books, into a truly interwoven tapestry—where every Marvel comic might be essential to another, so to miss one issue of any book was to risk missing something important. 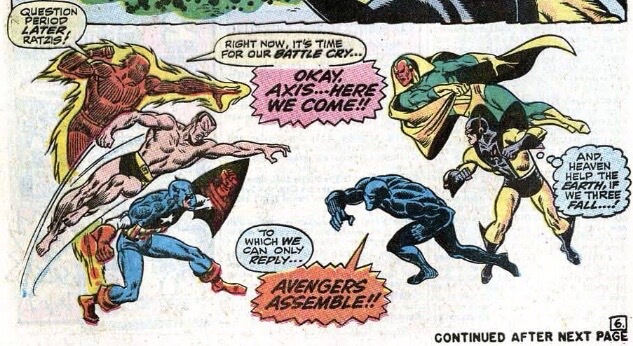 A terrific set of issues that everyone should read.  Even though Black Knight shows up in the middle and adds his useless presence as a formal Avengers teammember.  Ugh.

Oh, also, in case you care, this is the second appearance of Growing Man. 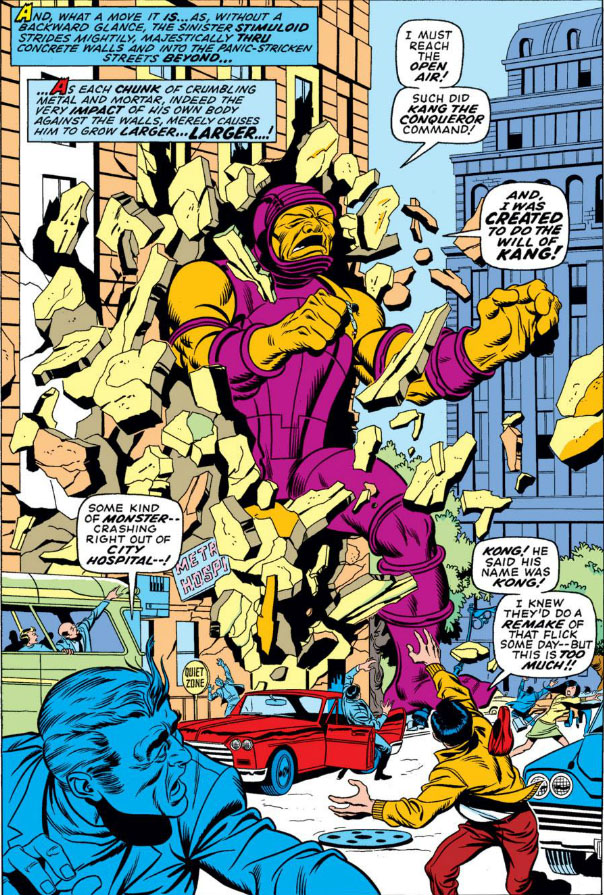 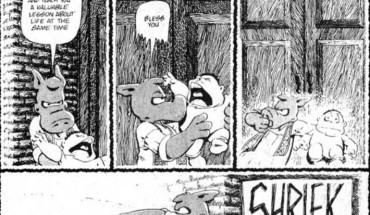 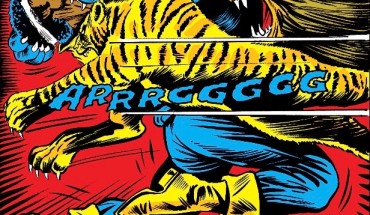 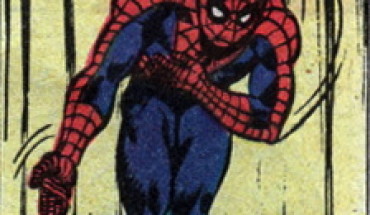