The run of Louise Simonson as writer and, particularly, the time with her husband, on X-Factor is pretty widely recognized as a high-water mark for this series.

In this issue, Scott Summers goes back to Alaska to try to find his wife and baby, only to learn that her existence has been erased.

Before he leaves, he has some moments with Jean Grey where they both seem to be coming to terms with the fact that, when she “died,” Scott moved on. 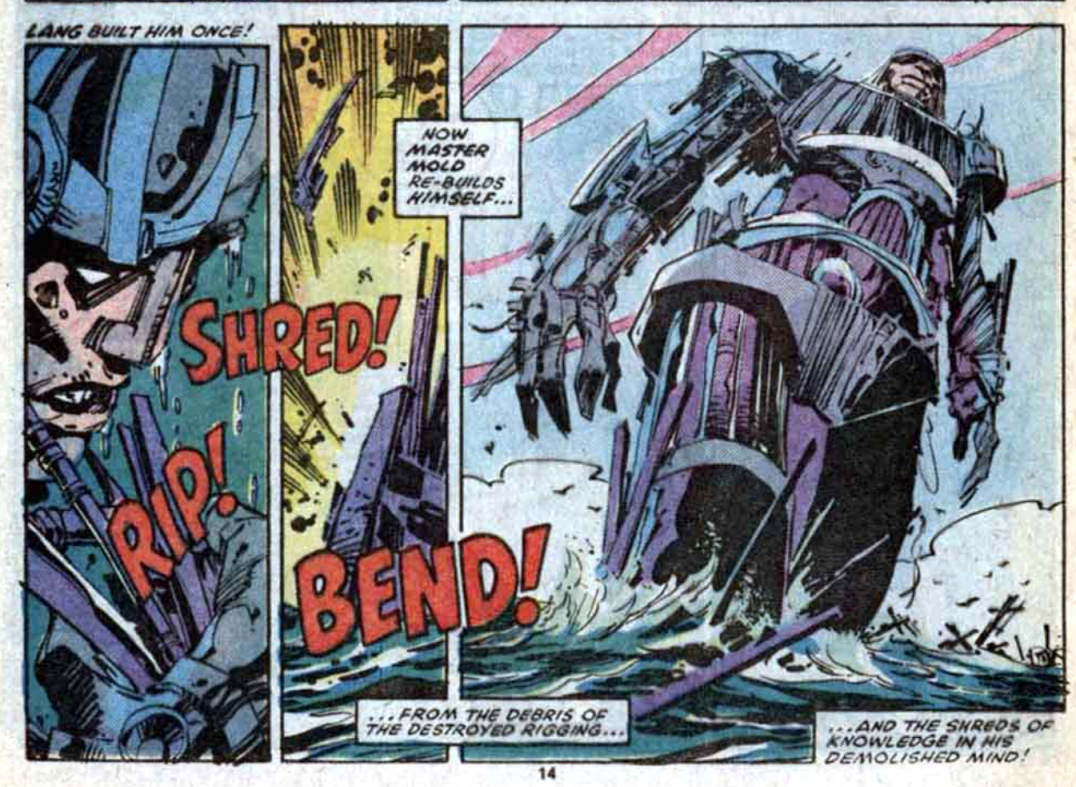 While in Alaska, the Master Mold Sentinel reawakens to hunt Scott down and we get lots of good battle scenes. Almost fifteen pages of nothing but fighting.

It offsets the less “action-y” parts of the story, with Scott digging through files and microfiche to find evidence of his wife Madelyn’s existence.  There’s also quite a bit of development of Scott as a psychologically damaged person, who hallucinates images of Jean Grey and his wife—his instability is skillfully used as a narrative device to make us, the readers, wonder whether he indeed ever knew Madelyn and his own baby son (the future Cable), or whether the whole thing was one big hallucination.  He also imagines Professor X, and has an argument with him about duty versus self, and it’s the kind of character work that’s now a standard for Scott Summer.