A beautifully drawn 4-part story about the Warriors Three.  It’s all an Asgard story that doesn’t affect the greater Marvel Universe, so for the purposes of this site, the details don’t really matter—but it is worth mentioning that it’s pretty darn good.

And the issues are sweetened by  the pin-ups, which include an entire gallery by Mike Mignola)… 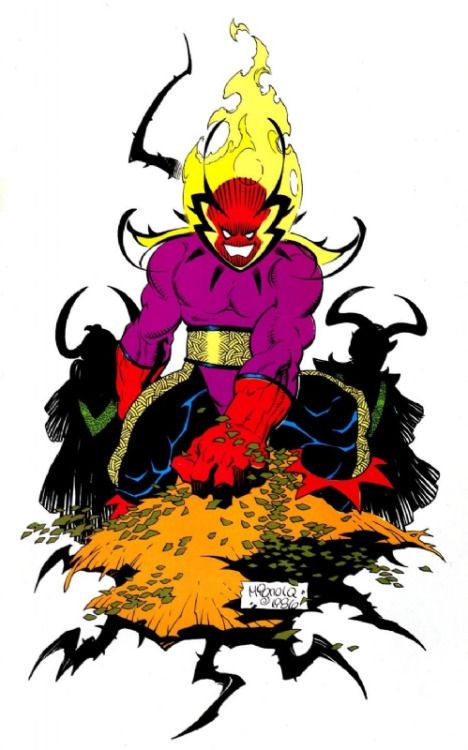 …a great Arthur Adams portrait of Hobgoblin, which I found a black and white version of… …and art by Walt Simonson, Craig Hamilton, and Bret Blevins. 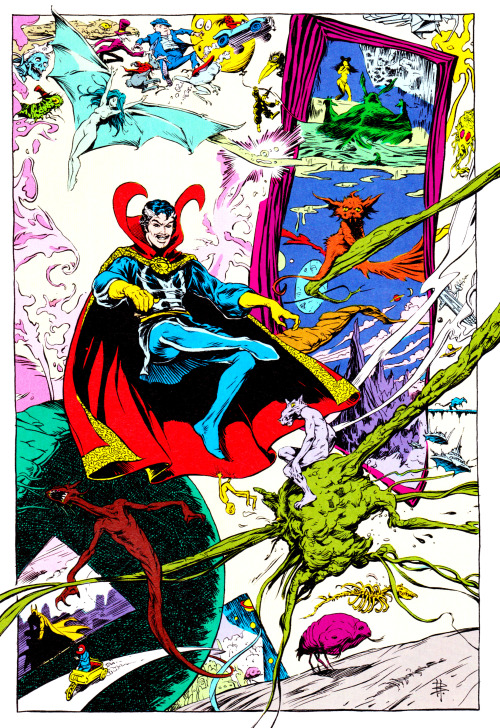 There’s also some full-page Asgardian drawings by Charles Vess, the brilliant artist of the main story.

Issue #36 has, instead of pin-ups, a short story about Man-Thing.  There hasn’t been a lot of Man-Thing in recent years, so I was happy to find it. But the real prize at the bottom of this crackerjack box is the short story in #37, a genuinely funny story about Reed Richards manipulating time so that he can meet the competing demands of work and family.  It starts with the scene above, in which he wakes up fully clothed while his wife sleeps nude.  That may say something about their relationship….

Anyhow, he keeps jumping in time and still keeps missing all his appointments.  It’s almost slapsticky.  Humor usually doesn’t work in comics, which makes this all the more impressive.