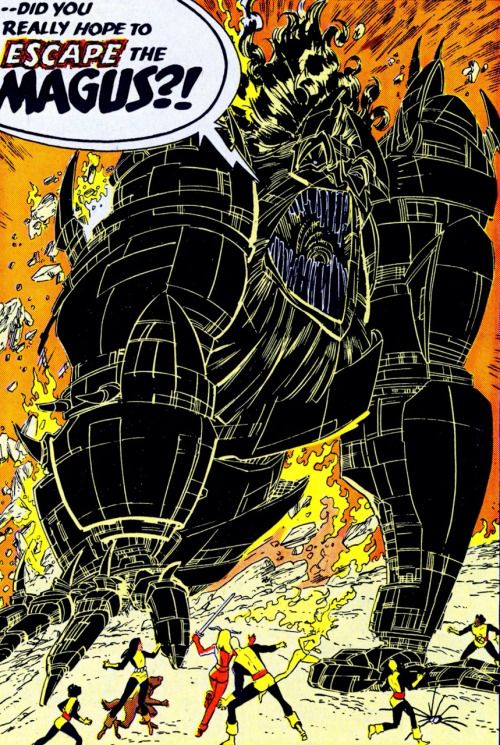 During the Mutant Massacre, Magus (Warlock’s daddy) attacked the New Mutants.  Magik teleported their escape to Limbo, and in this issue, the fight continues as Magus pursues them into Limbo.  They are overpowered but escape via Magik’s time-travel power.

And Magik has a hot new costume.

The time-travel stories go into a future that pays tribute to what may be the most loved X-story of all time, Days of Future Past. 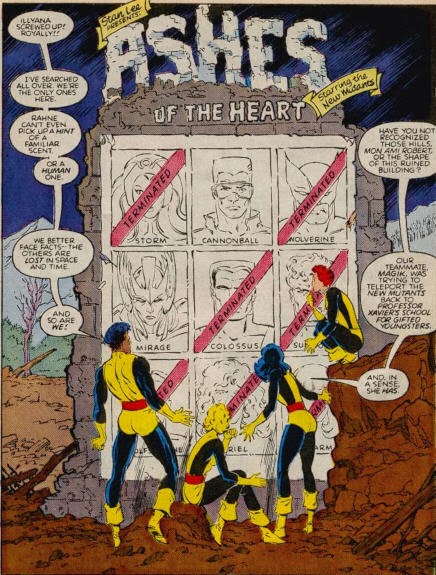 No matter how many times they do variations on this theme, it’s always cool.

Ultimately, we’re back in Limbo where Magus, Warlock’s evil daddy, has infected the Limbo demons with his transmode virus, so they no longer listen to Magik.  Here she is fighting her good demon friend Sym…

Then, the book abruptly cuts to outer space where we see Professor X for the first time since he turned the New Mutants over the Magneto.  He’s out in space with his alien girlfriend Lilandra, Cyclops’ dad Corsair (and his Starjammers team), and Binary.  Professor X senses Magik’s troubles in Limbo.

In the bar scene, we get a cameo by the Micronauts!  Above are Commander Rann and Marionette, but Acroyear and Bug appear later.  This is Jackson Guice paying tribute to the comic that started him off in his career. 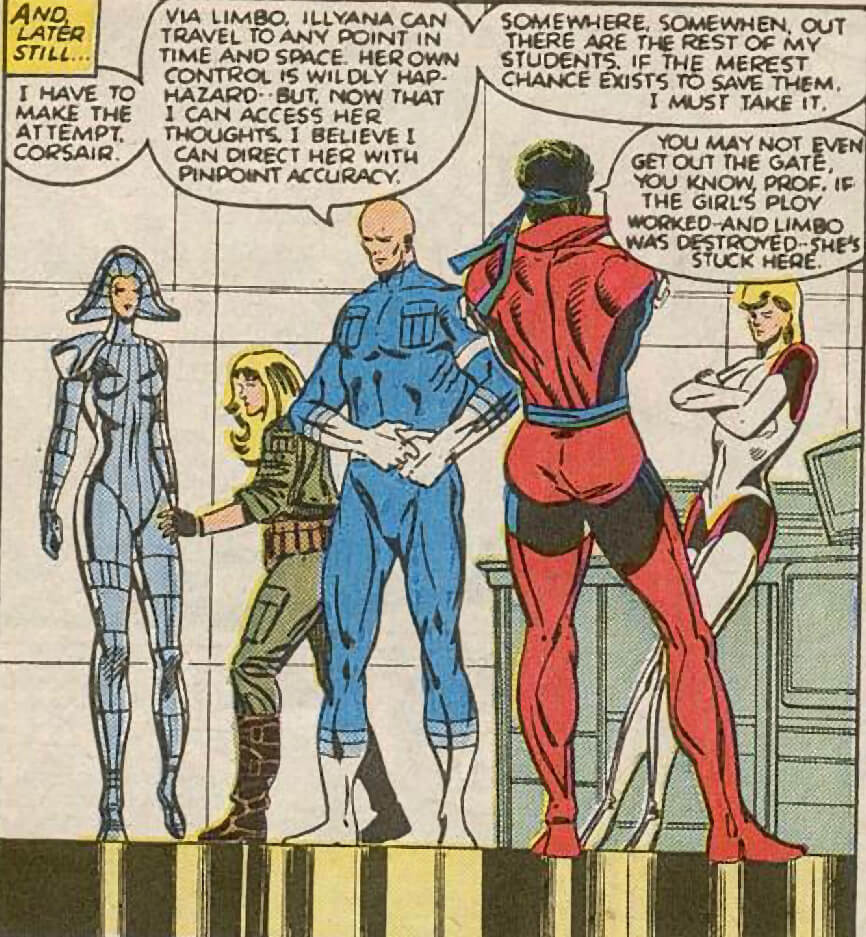 Professor X takes Illyana’s cry for help as a call to action, and goes to save her.  Question: The Mutant Massacre killed dozens of Morlocks and crippled Angel.  Why didn’t he sense that pain?

Anyhow, X and his friends save Magik, they reunite with the rest of the New Mutants, and then it’s back to Magus, and Warlock finally uses his ridiculously overpowered powers against his father, bonding with his human pal Doug and essentially hacking Magus.

And we get a big, happy ending. 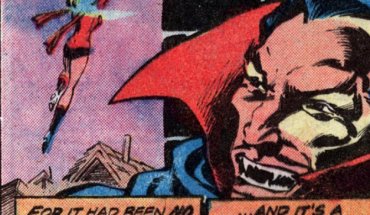 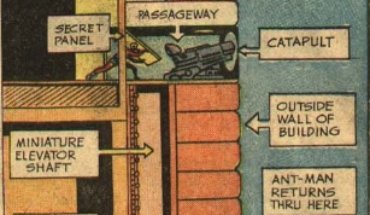