Steve Englehart offers a tight recap of Hank Pym’s sordid past, as Pym goes through a bit of a personal crisis. 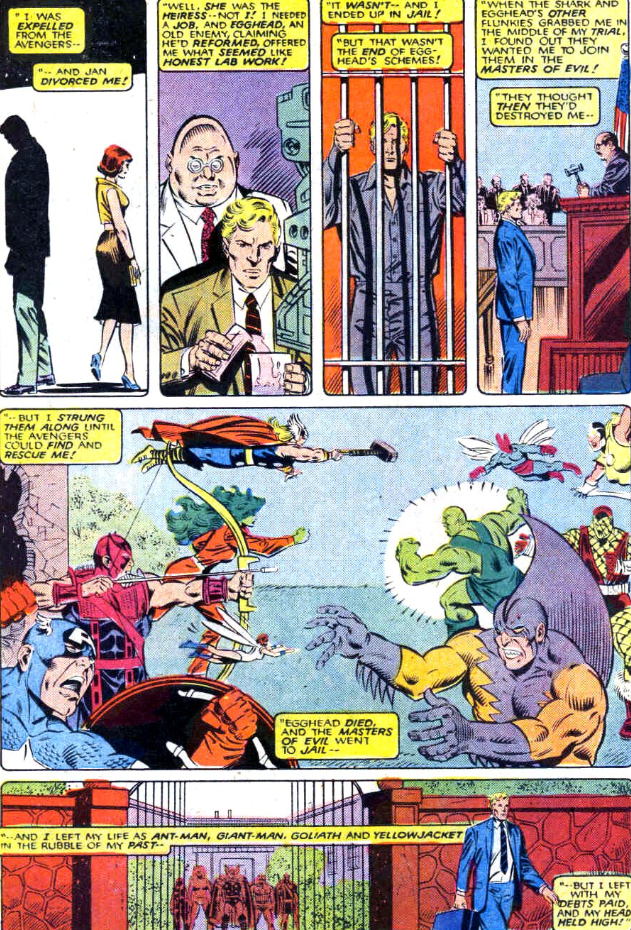 It ends with Tigra dumping him, beginning a downward spiral that would end up being very, very dark.

It’s weird.  West Coast Avengers sported a bizzaro cast of weirdos, and was led by Hawkeye, which should have played to humor, but the personal lives of the characters are positively morbid.  Hawkeye and Mockingbird are relatively fine, although Clint is a chauvanistic ass (even by 1980s Marvel standards), but Tigra is a slut catting around with everyone she can find (pun intended); Wonder Man is a hopelessly insecure actor; Iron Man is barely in it; and Pym is a total wreck. 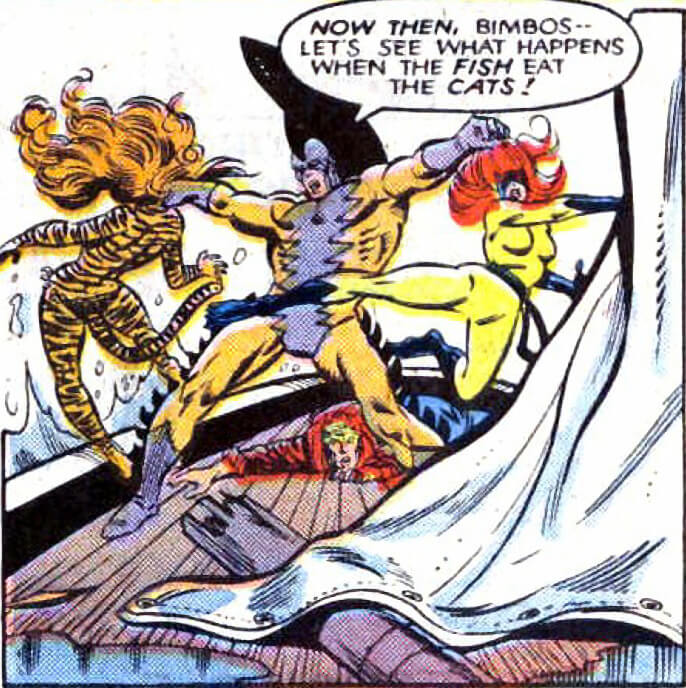 Anyway, there’s an action story as well. Tiger Shark gets some pussy.

Tigra and Hank Pym are on a double-date vacation with Son of Satan and Hellcat when Tiger Shark appears next to their boat and they all fight.  After they beat up Tiger Shark, Tigra dumps Hank.  Seriously.  They’re on a couples vacation in San Francisco, and that’s when she tells him she’s not interested in being a slut but also doesn’t want to be “tied down.”

That’s almost like saying, “It’s not me, it’s you.”  Really harsh.  She wants to bed a bunch of people—but not a bunch big enough to include Henry Pym.  Anyway, I talked about this above.

Then, the girls go beat up Whirlwind.

Creators: Steve Englehart and Al Milgrom
Grade: D+.  A little better than bad because it has two cool, C-list villains and focuses on female heroes.  Sadly, though, the title of the story on the cover is “A Tale of Two Kitties,” which isn’t exactly feminist.

For the complete history of the MU, year by year, go here.
And see my Ratings of Runs on comics here.
WEST COAT, 1987,