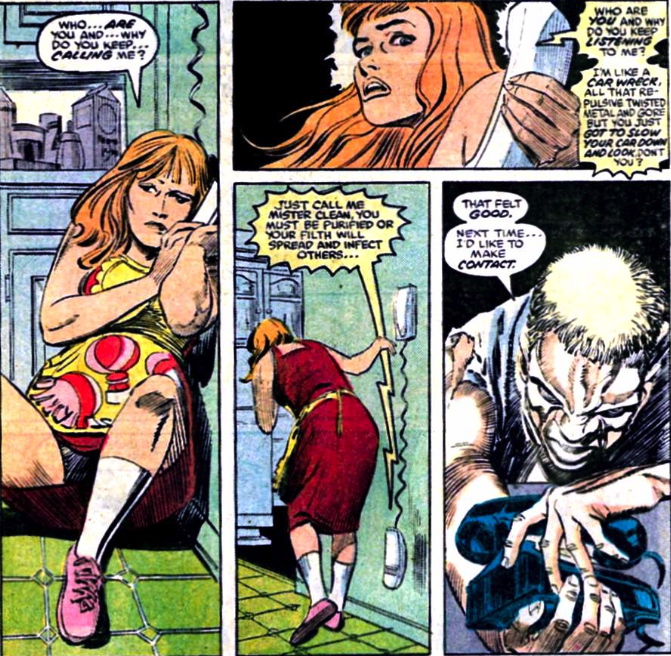 This issue starts with a pregnant woman receiving threatening, obscene calls.  Much of Nocenti’s run involves really dark, seedy stories.  Daredevil is like the pinpoint of hope in a foul and evil world.

These issues establish the premise for Ann Nocenti’s run on Daredevil.  He’s stopping bullying and taking on slumlords, all with the idea of making Hell’s Kitchen a better place, and he’s happy doing it. 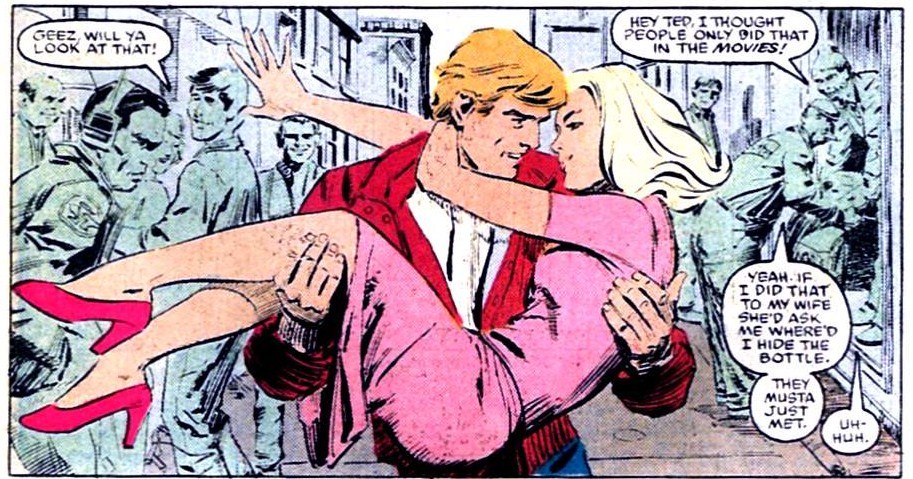 There’s also a supporting cast of kids, called the Fatboys.

Here we meet one of them, whose nickname is Eightball. 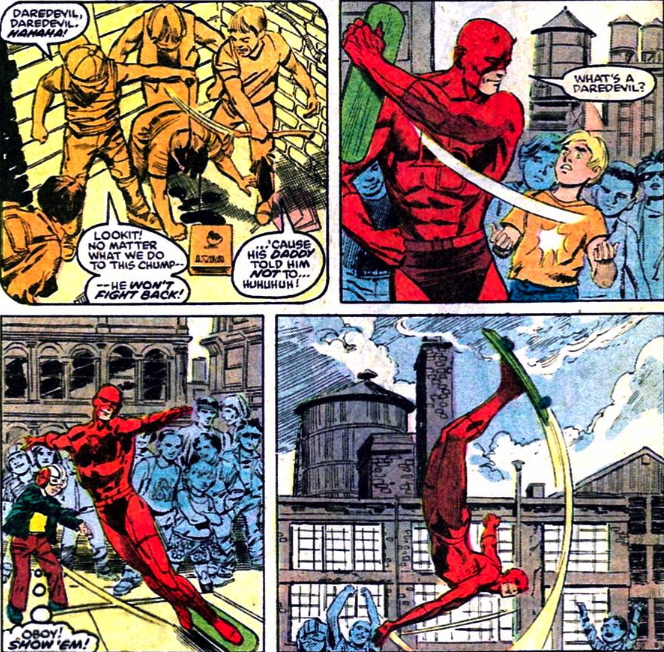 Daredevil on a skateboard.

How cool is that?

I’m reminded of books like The Authority, which would come out at the turn of the Century, where superheroes took on global problems like nuclear disarmament and poverty—attacking the systemic causes of crime, rather than just punching bad guys.  Daredevil is doing that here, writ small.  The “broken windows” theory of policing. 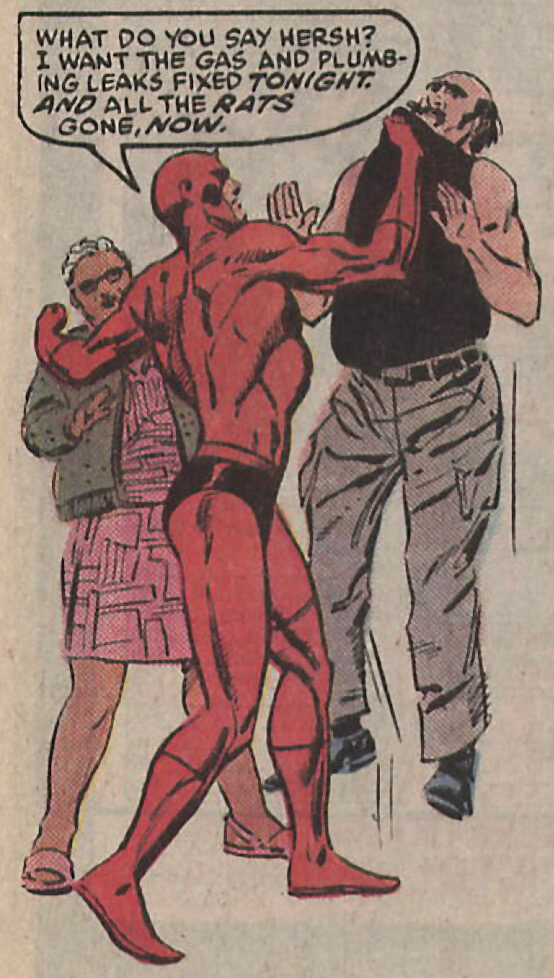 It also shows the complexity of Ann Nocenti’s run—a depth that can sometimes make it a challenging read.  In these two issues, a plumber who calls himself Rotgut decides that a pregnant woman shouldn’t smoke so he terrorizes her over the phone—and takes similar actions against “normal citizens.”  How different is that from Daredevil threating to punch a slumlord who won’t address habitability problems in his buildings?  It’s not, really.  But a pregnant woman is much more sympathetic than a landlord—even if she is smoking cigarettes and poisoning her child.

Fascinating stuff in a vastly underrated and misunderstood run. 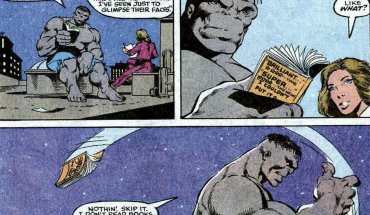 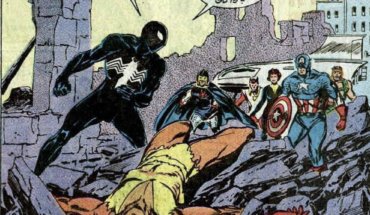