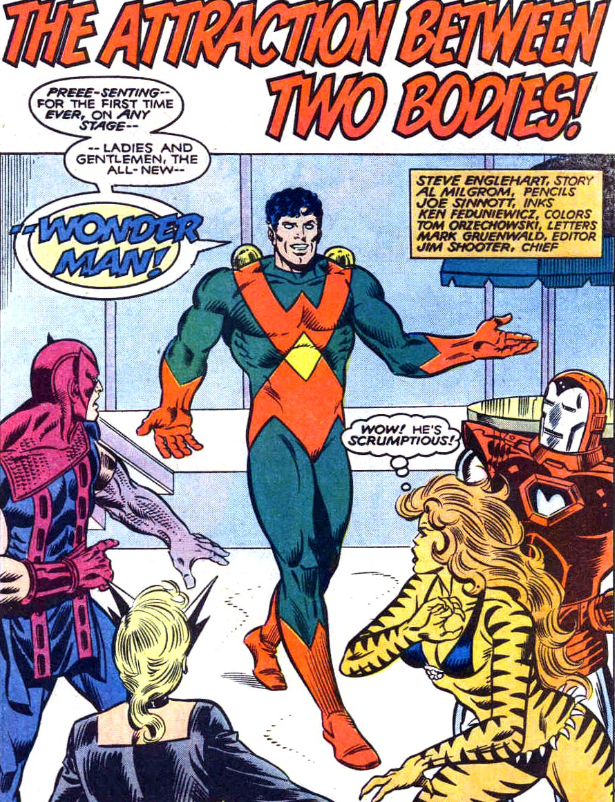 Wonder Man gets a new costume and Tigra finds him “scrumptious.”

Mockingbird gets a new costume, too, to show more leg. 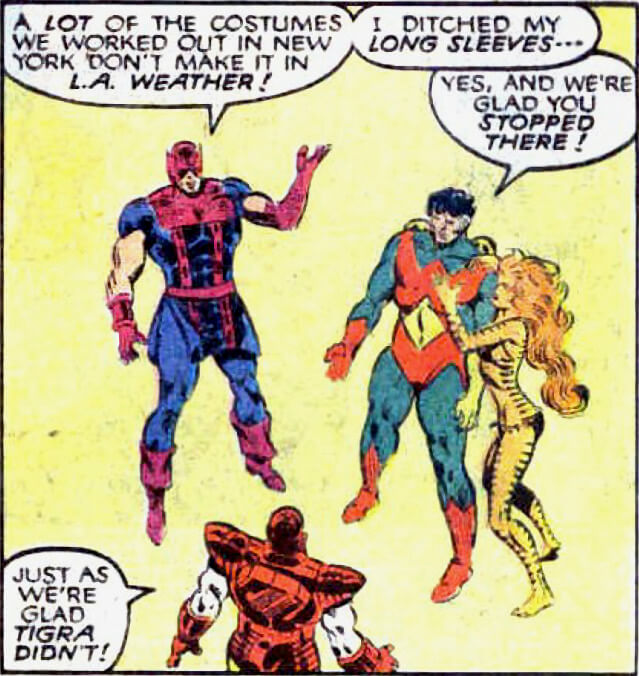 So, this story starts with lots of emphasis on heroes’ appearances, and that continues when the villain, Graviton, appears.

He’s salivating at Tigra, from miles away, without binoculars. 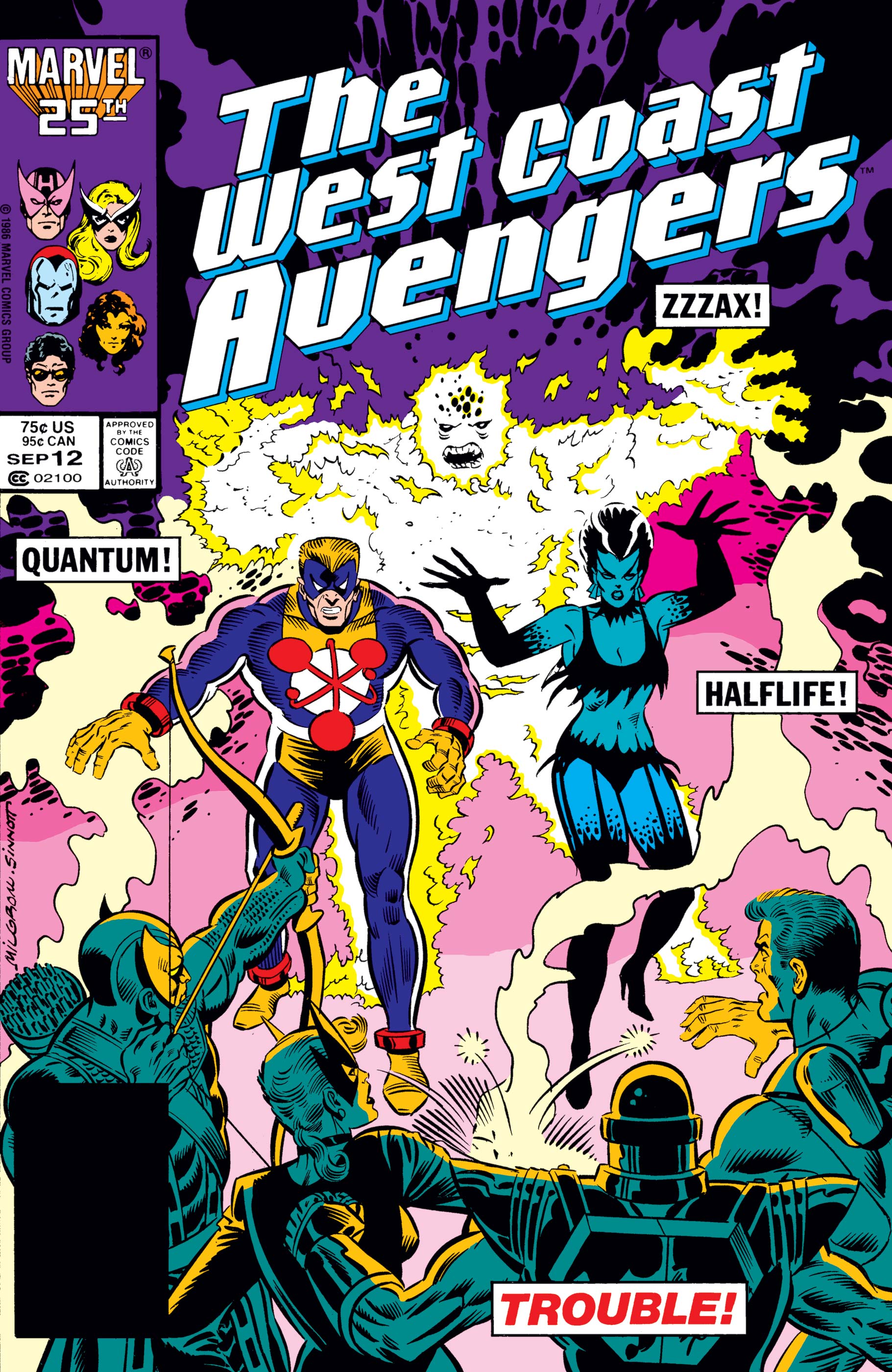 Gravitron, with two new alien villains, Quantum (strength powers) and Halflife (power to temporarily make people elderly), and Zzzax (the real Zzzax, not the recent Thunderbolt Ross version), attacks and defeats the West Coast Avengers, and literally puts Tigra on a leash.  And if that’s not kinky enough… 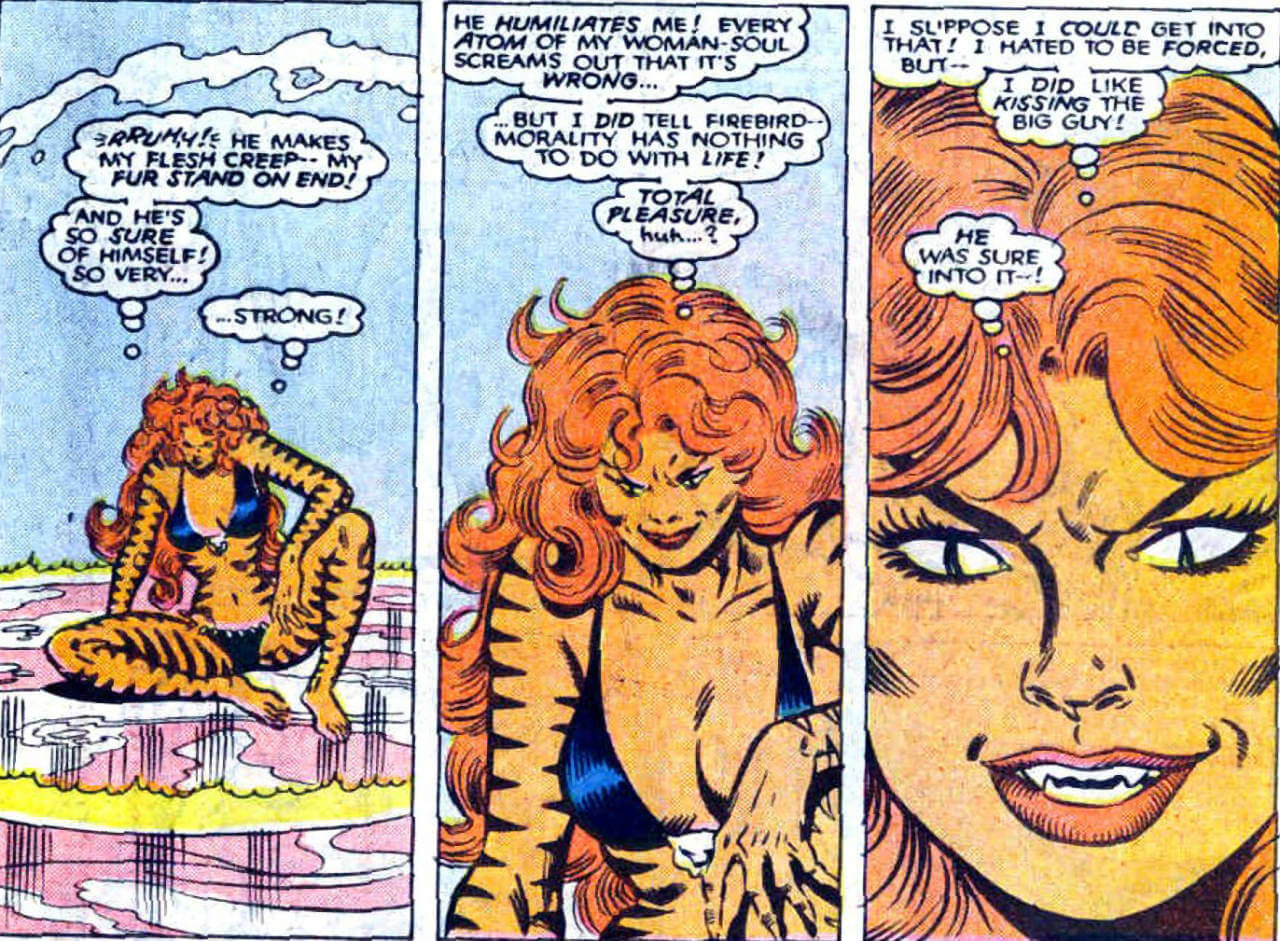 This is clearly a bondage/discipline theme—weird to see comics exploring sexuality in this way, mostly because it’s so uncommon, but it is consistent with Tigra’s sex slavery to Molecule Man back when she was on the East Coast Avengers team.

Apparently, the modifications to her cat powers in earlier issues of this series have made her extremely vulnerable to sexuality, but when she morps back into her human, Greer Nelson persona, that spell is lifted.  And as a flesh-and-blood normal person, she bests the foursome who just defeated the entire WCA team.

This is really dumb.  Interesting, but dumb. 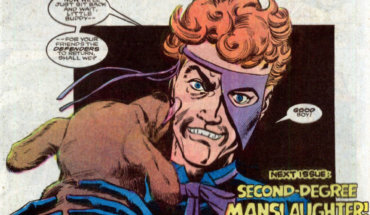