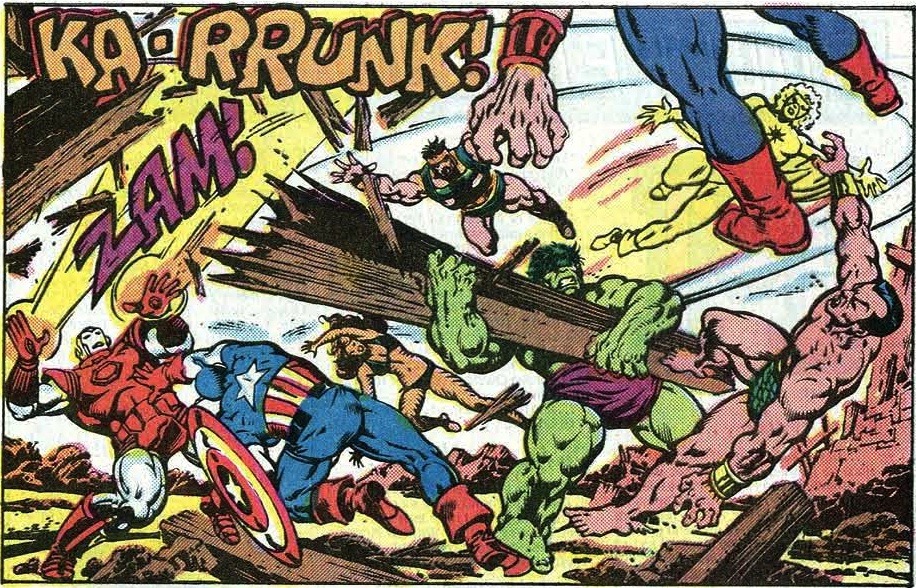 Doc Samson and Bruce Banner’s Hulkbusters try to bust Hulk, with some help from She-Hulk and both the East and West Coast Avengers. 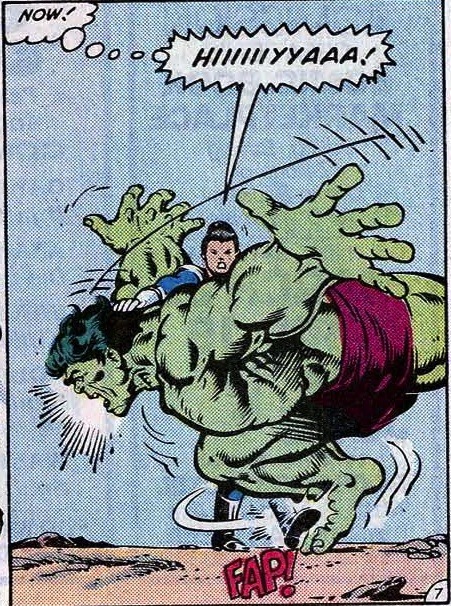 One of the Hulkbusters is an old Asian woman, so of course she’s brilliant at Karate and can trip Hulk. 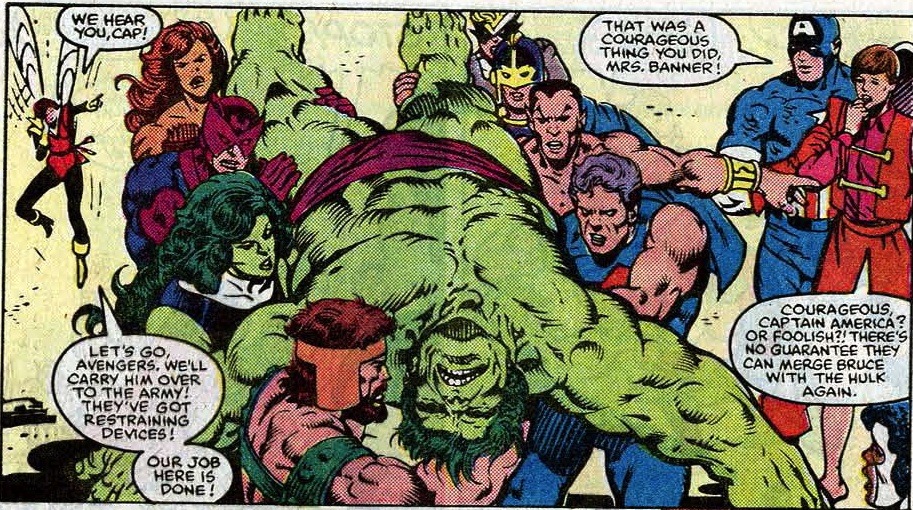 The battle lasts forever and ultimately the heroes have to decide whether to kill Hulk, after they knock him out.  I don’t see how this is even an issue: He’s killed hundreds of citizens during his rampage, and Bruce Banner is separate from him now so he’s not even the guy who helped form the original Avengers team. They owe him no loyalty whatsoever.

Still, Captain America, who FOUGHT DURING WORLD WAR II and therefore HAS TO UNDERSTAND THE NEED FOR KILLING is unable to make the decision to kill Hulk.  This identical battle and dilemma has been played out earlier (in Hulk #300, when he was separated from Banner and all the Avengers beat him up) and recently, in the Immortal Hulk book—which borrows very heavily from Bruce Jones’ excellent run on the “Hulk” (not “Incredible Hulk”) book.  Immortal Hulk is pretty good—but much better if you haven’t read the runs it draws from.

We see Bruce passing out on this Honeymoon.  Then Hulk passes out during his big battle against all the Avengers.  It is clear there have been some effects from the separation.  Then the two characters literally start to dissolve—their “molecules lose cohesion!” and as readers we know where this is going.  Calls to Vision (because he has the ability to phase) and Hank Pym (because he’s an all-knowing science guy) lead to Banner and Hulk being reunited, and John Byrne’s short-but-terrific run begins to be undone.

They put them in a chemical bath and they comes out united, but as Gray Hulk.

Written and drawn by Al Milgrom should be all you need to know about these issues.

Okay, that was mean.  But he’s been associated with several books from this era that range from terrible (Secret Wars II) to unforgivably mediocre (West Coast Avengers, Marvel Fanfare).  But here he goes again, wading into a series right after one of the 1980s best creators abandoned ship in a hurry.