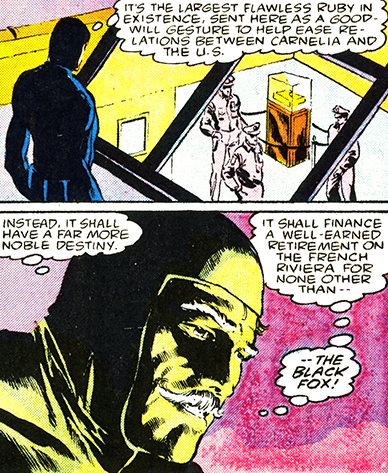 The Black Fox, a thief, returns.  Spider-Man tracks him to the man who fences his stolen goods, but the fence is dead.  He was murdered by a new villain named Chance.

He has jet boots and laser gloves—similar to Iron Man, kinda, but without the full-body suit.  And he’s working for “The Foreigner,” who is trying to create a network of underground criminals.  We’ve heard of this guy before in Spider-Man books.  Y’know, Kingpin is supposed to be such a badass but there’s always about a half-dozen insurgents for NYC underworld control.  He doesn’t run a tight ship.

Some good stuff as well on the personal front, with Peter needing to fix his apartment after it was firebombed by ruffians a few issues ago.  This issue also has Peter acting a little sketchy.  There’s a notebook made of gold, which didn’t belong to him (it was from an office building that Beyonder turned to gold during the Web Secret Wars II tie-in), and he sells it to a fence.  Nobody was really harmed by it, but this is technically profiting off theft.

This is the first issue of David Michelinie’s run on this title.  I like him as a writer, but I know he has his detractors.  I like the art by Mike Harris, but I’m not sure whether it’s Harris’ work I’m admiring or the excellent inking by Kyle Baker.  I’m not familiar with anything else he’s drawn.

Creators: David Michelinie and Mike Harris
Grade: C+.  Good stuff. I had a hard time deciding whether this was a B- or a C+, but settled on C+ because of the D-list villains. 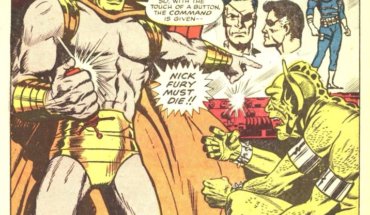