Secret Wars II appears to have been about what happens when a God gets bored and decides he wants to find meaning.  It’s an interesting question: Humans usually use God as a way to find meaning for their own roles in the universe—and here, God itself wants to find meaning so Beyonder looks at humans.  But of course the problem with that is that death means nothing to Beyonder, and death is a large component of what it means to be human.  So the narrative conceit doesn’t really work, and we’ve seen throughout the book that Beyonder just gets increasingly frustrated and keeps killing people and planets and universes and entities (like Death herself) and then bringing them back when the destruction doesn’t make him feel a sense of meaning.

So, how does it end?

Well, after the cumbersome word salad above, Beyonder creates a machine that puts him into a mortal form and then, as soon as he is human, he decides he doesn’t want to be and reverses the process.  It literally takes place in one page.  So, yeah, it feels like a huge letdown.

But then he decides to go back into the machine again.  So, basically, we’re getting page after page of ambivalence. 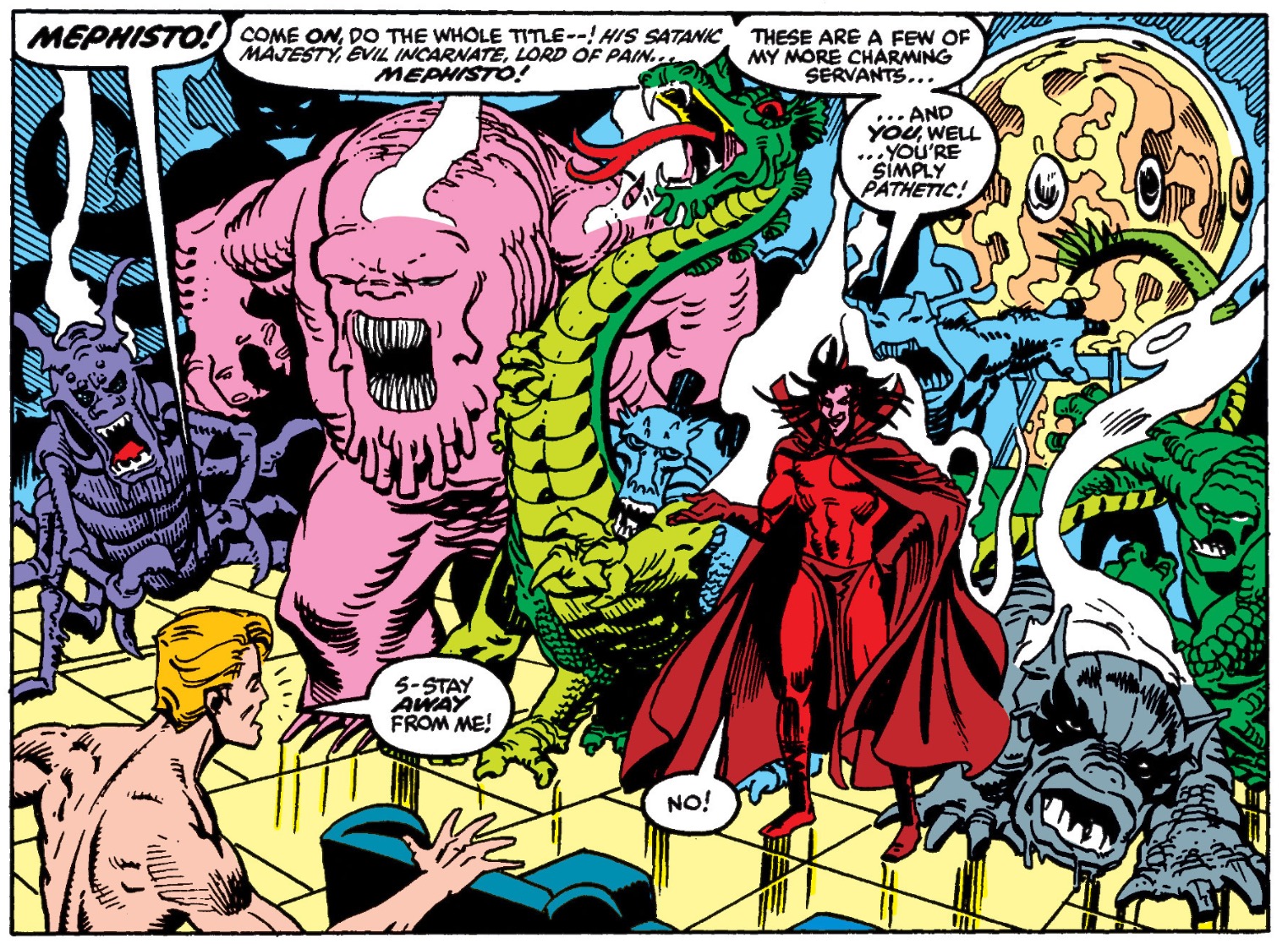 Mephisto takes advantage of Beyonder’s mortality and tries to kill him.  But fails.  So, again, we’re promised something might happen and then, just as quick, it doesn’t. Eventually, of course, there’s a big battle and apparently Mr. Fantastic can turn into a giant.  Which is dumb.  And goes into my “forgotten power sets” tag.  It’s like something out of a cartoon.  Part of the big battle is that Beyonder resurrects the New Mutants, who he just killed in a tie-in issue, and they’re zombies.  But they come out of it better in their own mag because this is Secret Wars II and nothing happens. 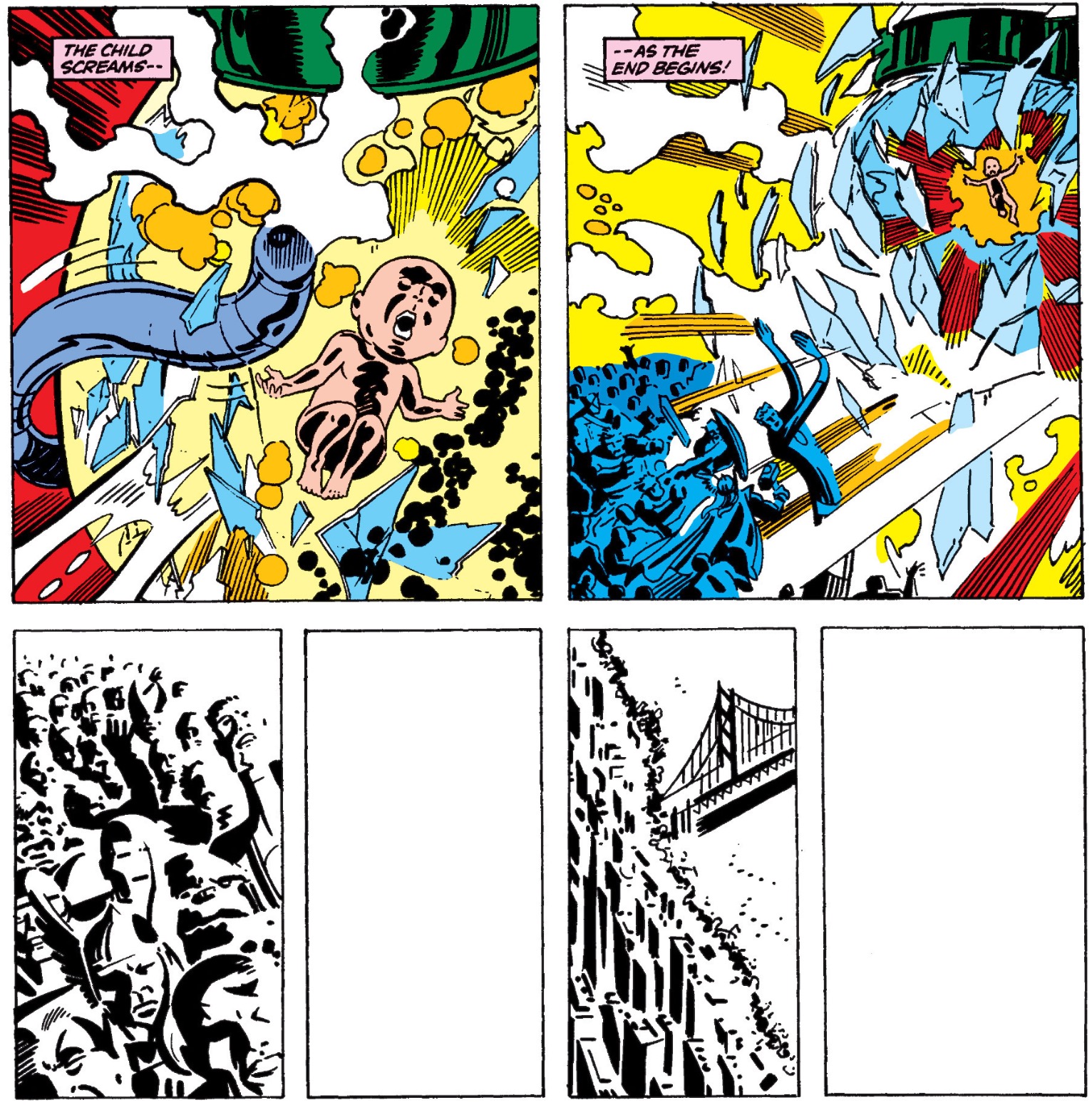 Except for it ends with Beyonder dying and causing the “white event” that boots up the New Universe, which, in turn, is a pretty big failure.