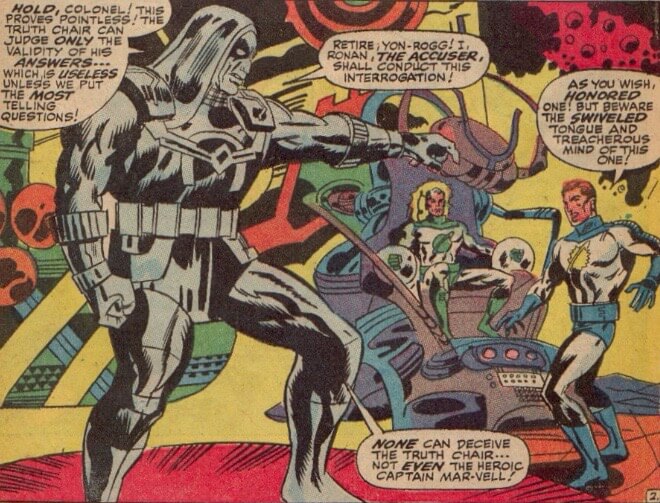 Arnold Drake comes aboard to write the next seven issues of this comic, and he makes some pretty big changes.  In his career, Drake wrote only a few books for Marvel—and all of them in 1968-1969.  So, while he was writing this, he was also writing Sgt. Fury, X-Men, and Not Brand Ecch.  He went from there to DC, where he wrote a bunch of titles nobody cared about for a decade.  Stuff like Phantom Stranger, Weird War Tales, House of Mystery, GI Combat—shelf-filler stuff. But then again, he also created The Doom Patrol.

And then he broke from comics altogether and did remarkable work entertaining mentally ill Veterans in VA Hospitals. So, he died having been a great man and a hero, even if his comics work wasn’t all that great.

His best known Marvel work was creating Guardians of the Galaxy in the pages of Marvel Super Heroes #17.  Sadly that level of imagination isn’t present in these issues of CM.  And team him up with a mediocre artist like Don Heck and you’ve got…Dreck.  There’s a lot of weird aliens with names like Yon-rogg and Solam.  And actually these might not be bad ideas for a comic—look at all the weird aliens in the world, and how Earth is actually being protected by an alien—but it’s so hard to get past Heck’s art.

Look at that.  Ugh.  There’s also an issue where Captain Marvel goes looking for Quasimodo… 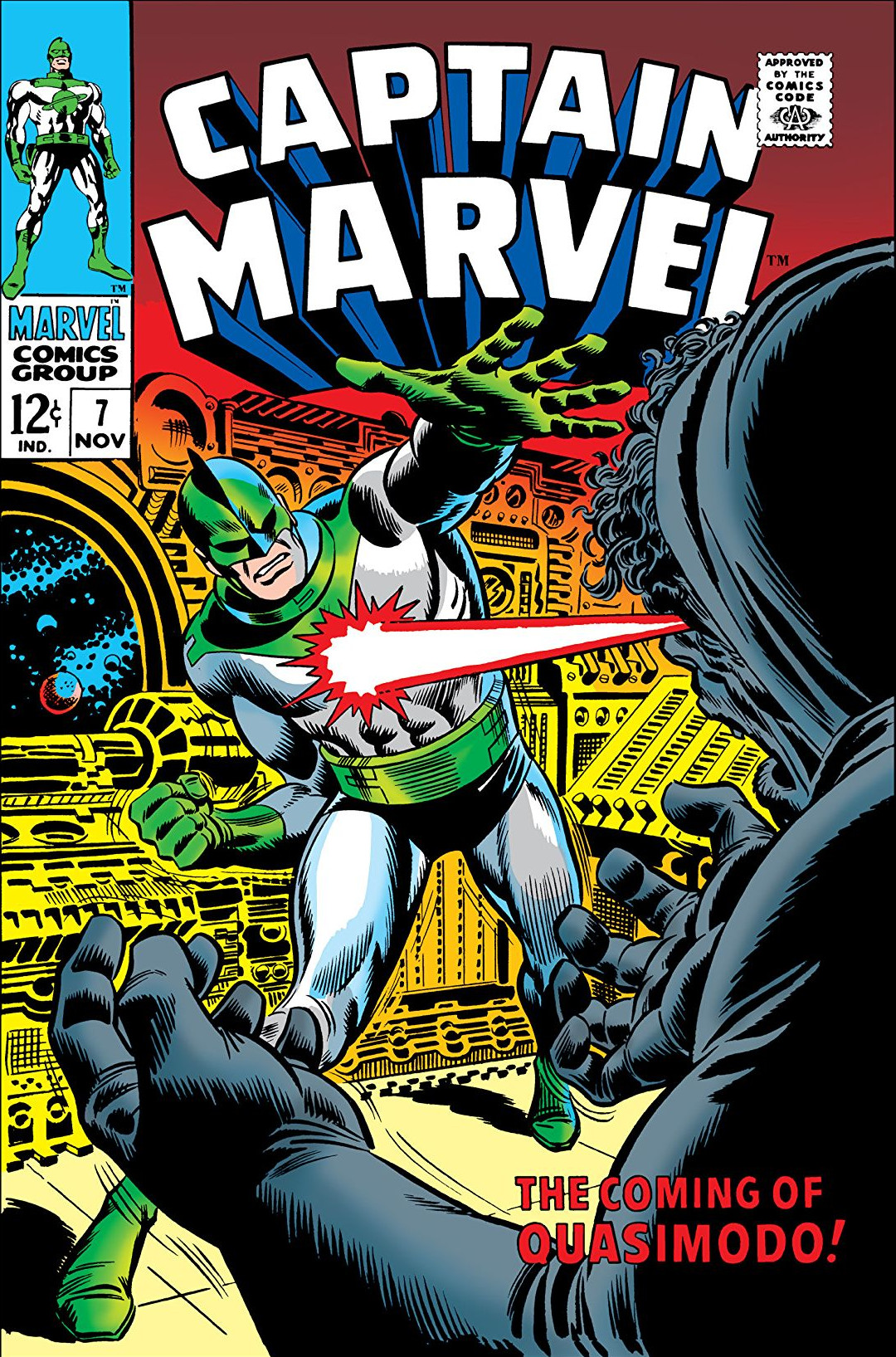 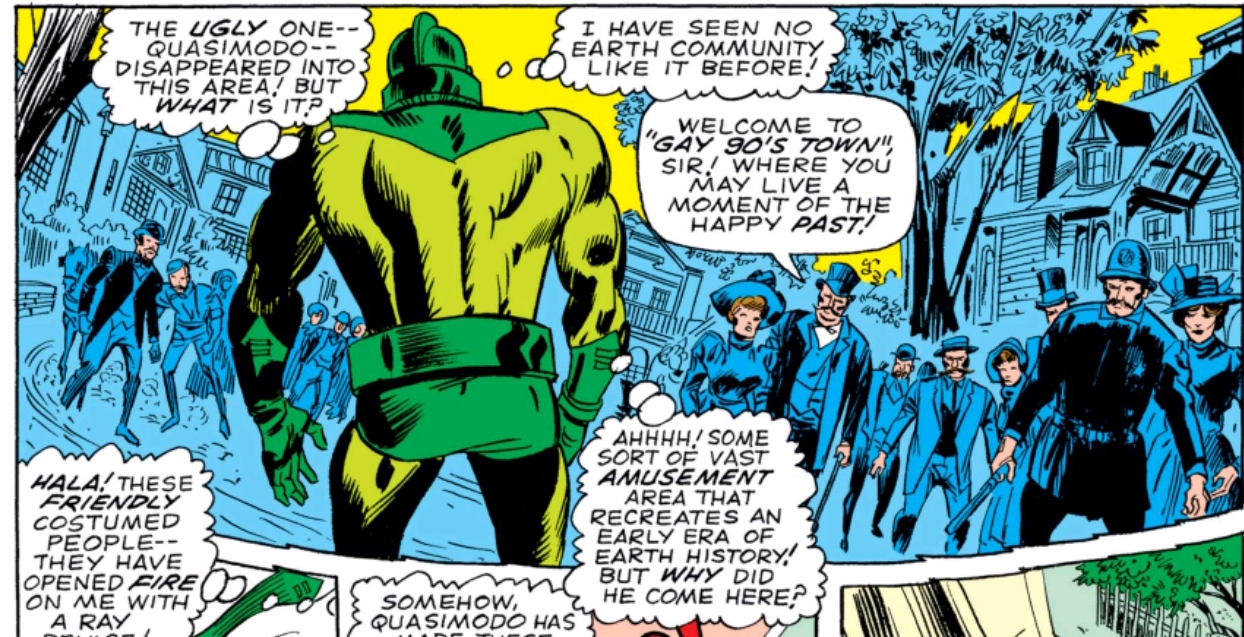 In particular, there are some seeds for good tales when Ronan the Accuser comes on the scene in a big way and shows how evil he is—he tries to use biological warfare, ordering Mar-Vell to infect Earth with a space virus.  But instead of complying, Mar-Vell tricks Ronan by infecting robots.

Then we launch into another robot story about Dr. Walter Lawson and some organized criminal science group called “The Organization.”  That’s what I mean.  It’s just bad.  Anyway, Ronan wants to get Mar-Vell to recruit “The Organization” as part of the Kree’s goal to take over the Earth.  But coincidentally The Organization kidnaps Carol Danvers, so Captain Marvel has to rescue her and defy orders.  This leads to him facing a firing squad… 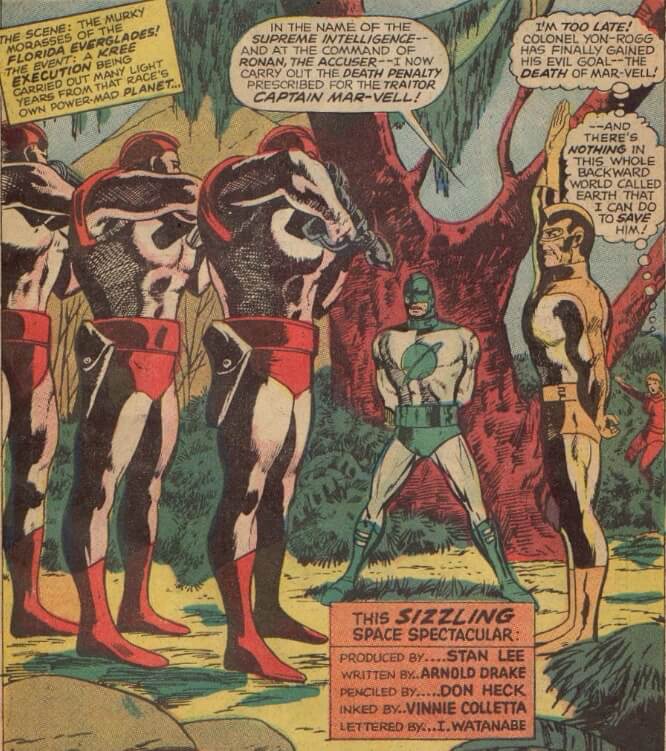 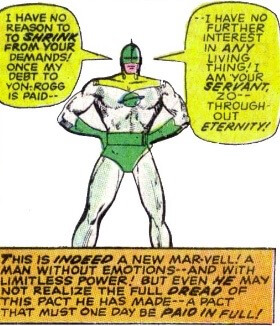 That’s right, the Kree hand out justice the old fashioned way.  He gets away (of course), and the story ends with him casting off the chains of Kree leadership….

Along the way, Don Heck is replaced by Dick Ayers.  Who is really no better. 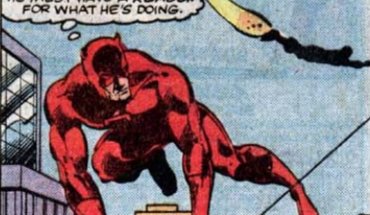 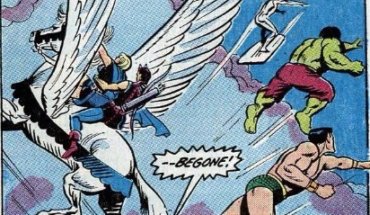