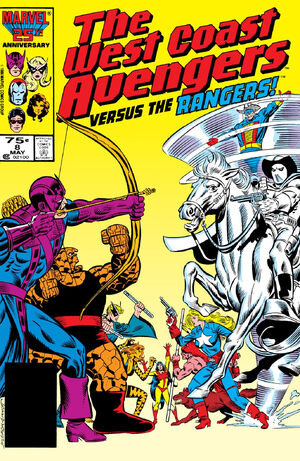 Firebird has been hanging out with the WCA for several issues, and I didn’t realize she wasn’t actually a member yet.  In this issue, she invites her Texas Rangers teammates to the West Coast compound, only to find out they’re possessed.  So, it’s the Rangers versus the West Coast Avengers.

There’s no way an Avengers team should have any trouble with The Rangers, but the battle takes several pages.  Then there’s demons and the WCA villain Master Pandemonium, blah blah blah.  It ends up being tied to the Cat Gods that created Tigra, too.  It’s hard to care about all this because it’s just not handled all that well.

But at the end of the story, Thing, who also has been hanging out with the WCA for multiple issues, decides to join the team and for some reason Hawkeye decides that that means that Firebird can’t join.  I’m not sure why they can only take one new member—especially since a lame team like The Rangers held their own against the team in this very issue. 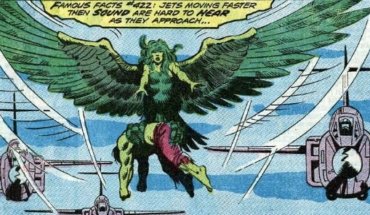