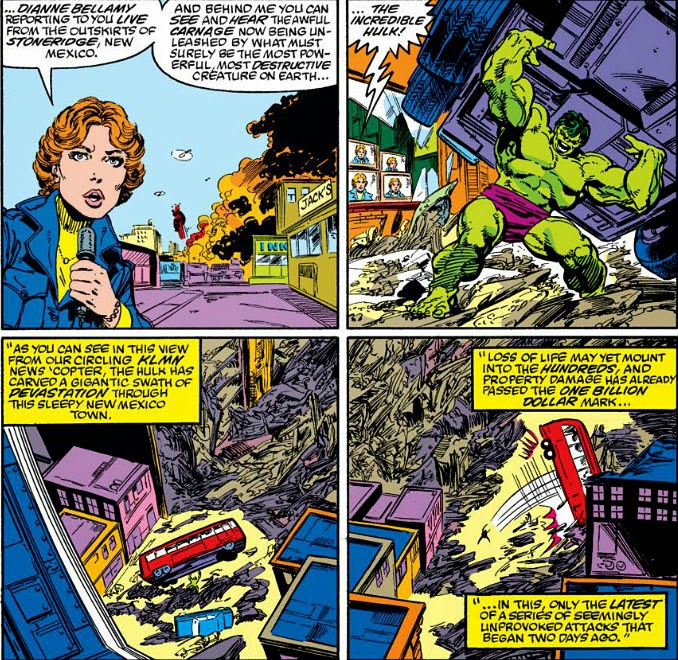 Banner is separate from Hulk now, so the beast is tearing through the U.S. without any conscience or governor.  And we see he’s actually killed hundreds of people. 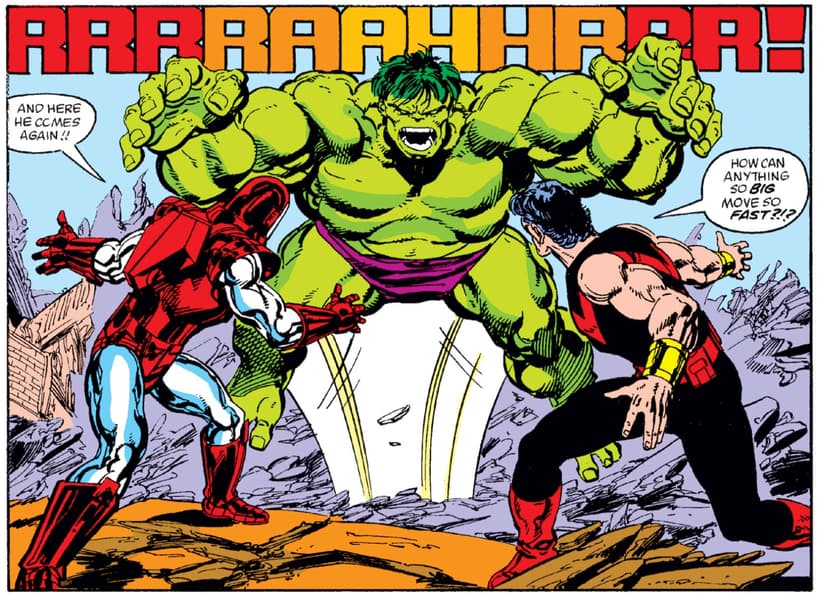 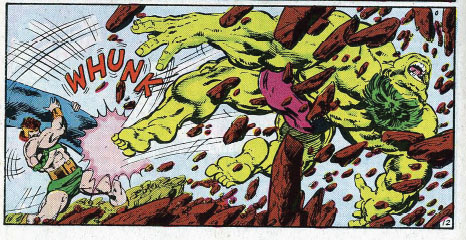 …after they fight about whether to let him—it’s become personal for Samson, and the Avengers seem to be willing to risk more loss of life and property just so Samson can prove himself. 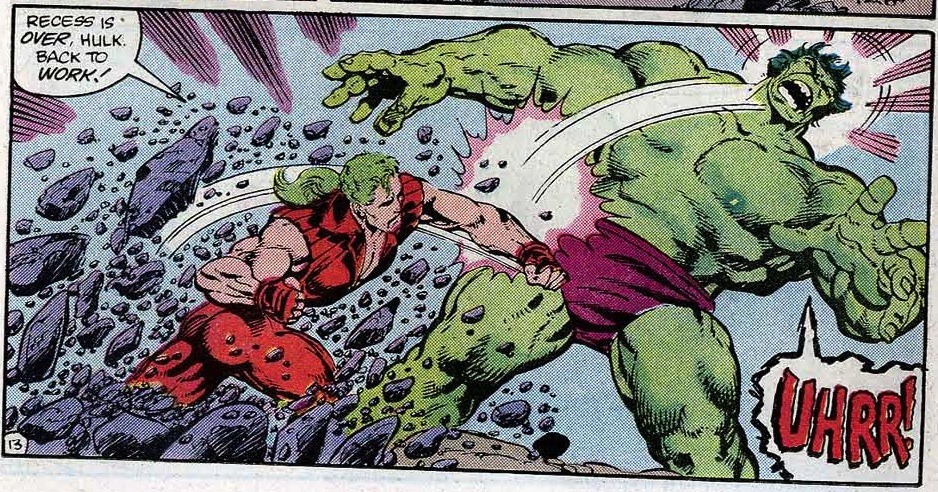 Meanwhile, Bruce Banner forms a team of nerds he calls The Hulkbusters. And then he proposes to Betty Ross in the end

Great fight scenes!  And that’s really all you want from a Hulk book, anyway.