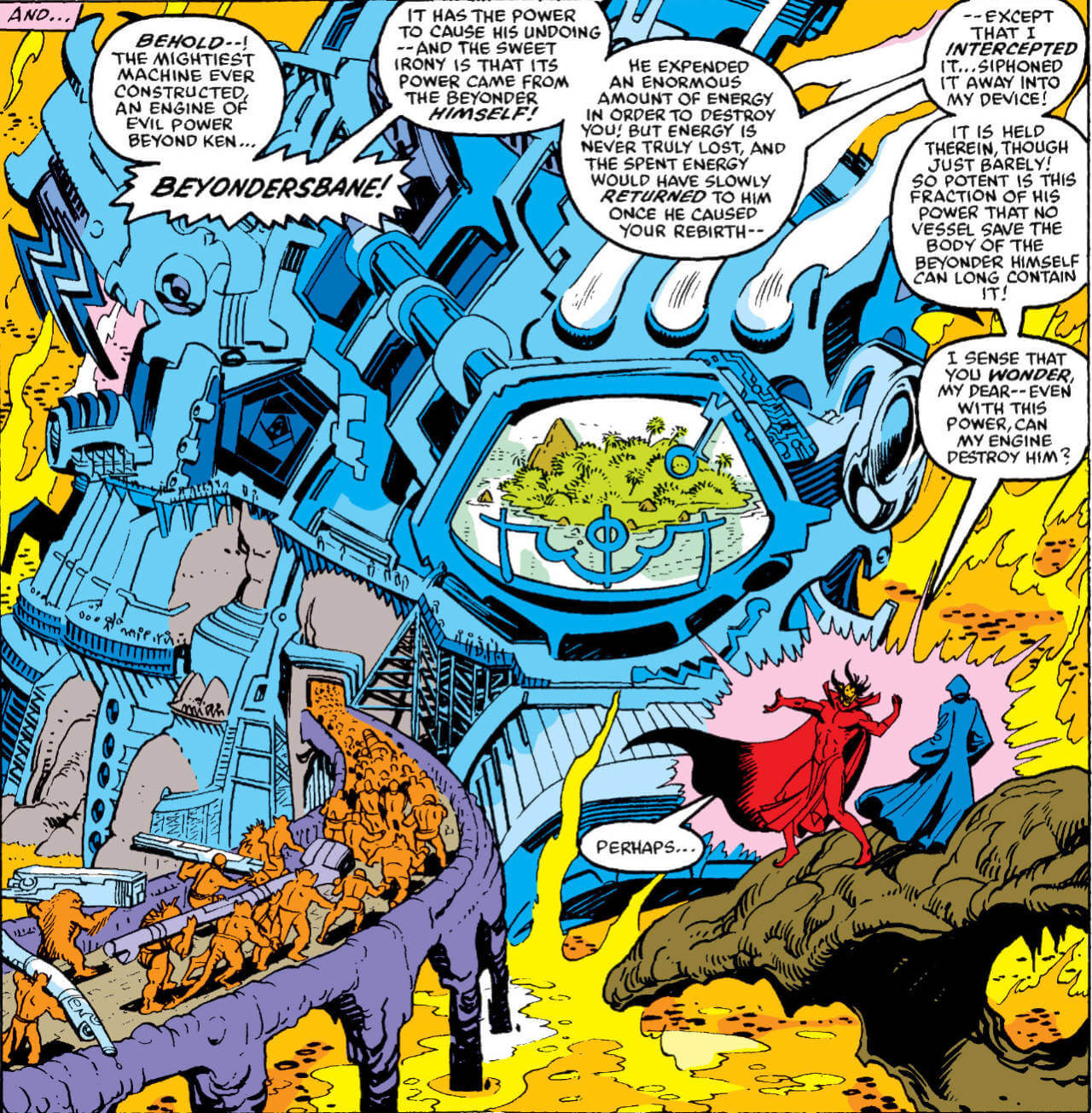 Last issue, Beyonder neutralized Death.  This has made Mephisto mad because if people don’t die, he can’t claim their souls.  So he forms a consortium of cosmic beings, builds a giant machine, names it “Beyondersbane,” hires a bunch of supervillains, and tries to set up Beyonder using The Thing as bait. 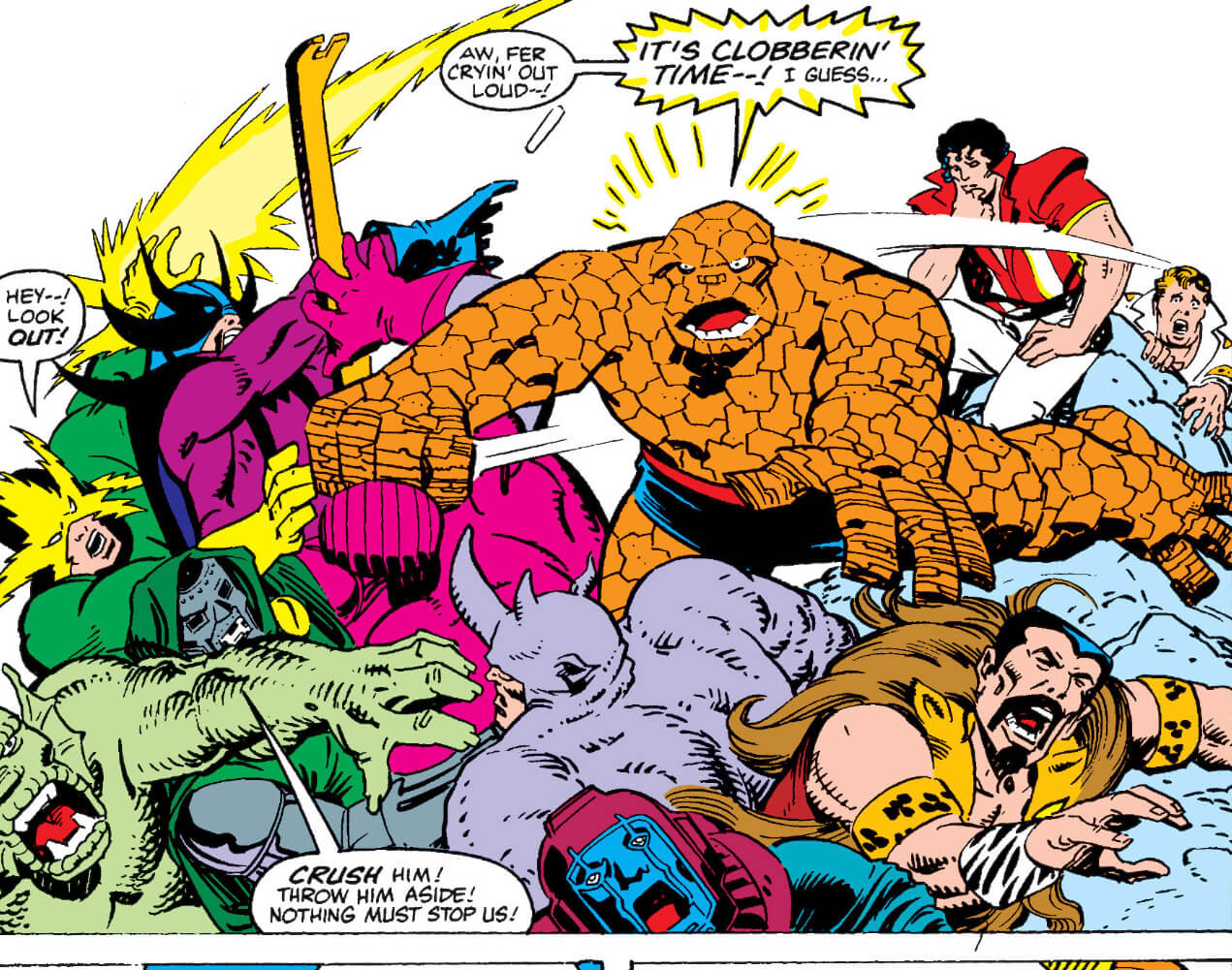 Thing isn’t having it, so he takes on, alone, all of the supervillains—many of whom, individually, have taken on the likes of Hulk, Spider-Man, the entire Fantastic Four, the X-Men etc.  But he has special power imbued from Beyondersbane. 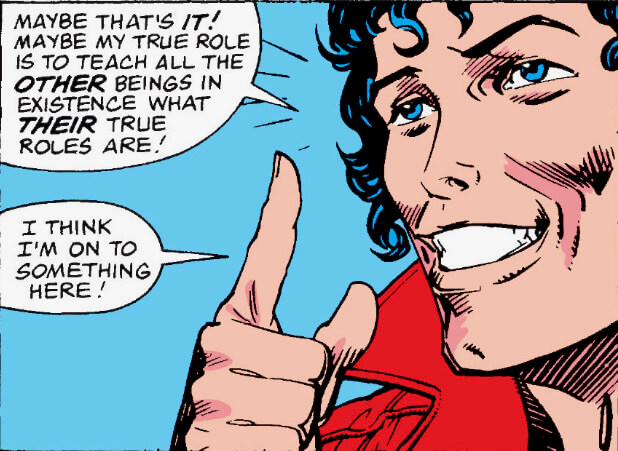 And because every issue of SW2 has to have a “moral” that is carried into four spin-off issues, this time Beyonder decides that doing nothing and letting Thing fight allowed Thing to become a true hero—so now Beyonder’s going to let a whole bunch of other heroes get beaten up so they, too, can learn to be heroes. 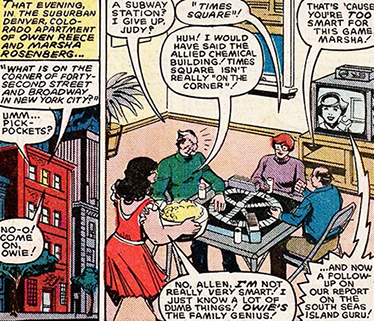 Also, I think that’s Clark Kent on the TV that Mephisto is watching…

As a reader, I feel like the beatings have to stop.  Please end this. 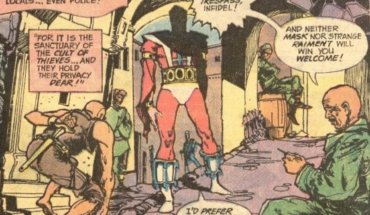