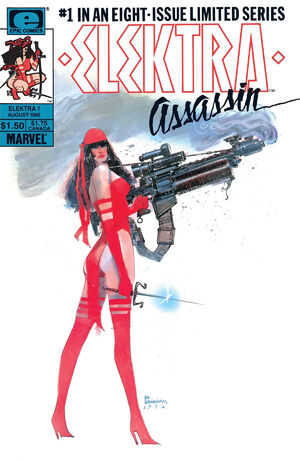 Elektra: Assassin was one of the foundational titles for Marvel’s relatively short-lived Epic line, which was designed to allow for more experimental storytelling with its main characters and also, more importantly, to support creator-owned original works as well.  You could tell, right from the cover–a completely out-of-proportion gun and beautiful use of color–that this would be something very, very different.  And definitely not drawn the “Marvel way.” 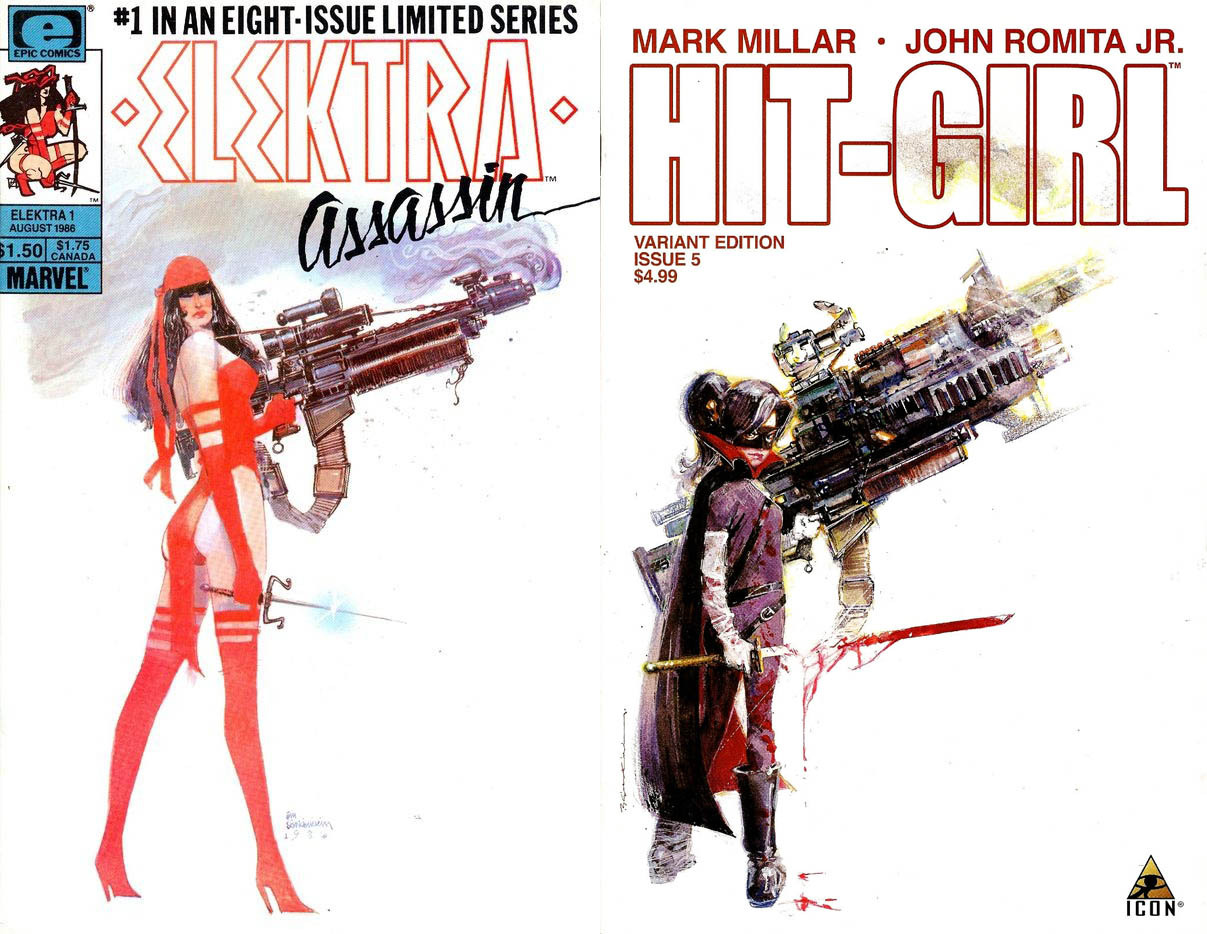 It was an influential cover. Putting this out under the Epic banneralso allowed for a much more adult take on superheroics, and the darkness is evident in the panel above.

It also marked artist Bill Sienkiewicz’s movement from the kind of obtuse-but-still-linear storytelling he worked on in New Mutants into a totally abstract, painted world where the words were just as strange and challenging as the images.

Issue #1 begins, as does every issue in this book, with a page one “recap” setting the stage for the events, but the unfolding of the story is decidedly nonlinear, being told by an unreliable narrator: Elektra herself, who is in a drug-induced brain fog and being held at a South American asylum after apparently trying to kill a foreign leader. Through flashbacks, Frank Miller delves deeper into Elektra’s past and her connection with Stick and his anti-hand ninjas—the same ones who brought her back from the dead after Bullseye killed her.  The history is vague enough that more can be filled in later, but it’s a cool way to tie a story that seems so “out there” back into things that we, as loyal readers, can lock on to and understand.

By the end of the first issue, she escapes the facility, but as a reader we’re still not exactly sure what’s going on.