A John Byrne Hulk story printed after his run on the title ended.  It consisted of 22 full-page panels, no layouts.  Jim Shooter told Byrne he couldn’t do that because it wasn’t the “Marvel way,” and Byrne quit Marvel over it.  At least, that’s how legend has it.  There’s a lot of stories about how narrow-minded Shooter could be, but at the same time 1980s Marvel is widely recognized as one of the best decades in the publisher’s history in terms both of sales and quality.

And readers liked pin ups, by the way. During the tale, Hulk comes across two opponents and, as he fights them, an unseen figure from behind a rock shoots them and says, “Justice is served!” 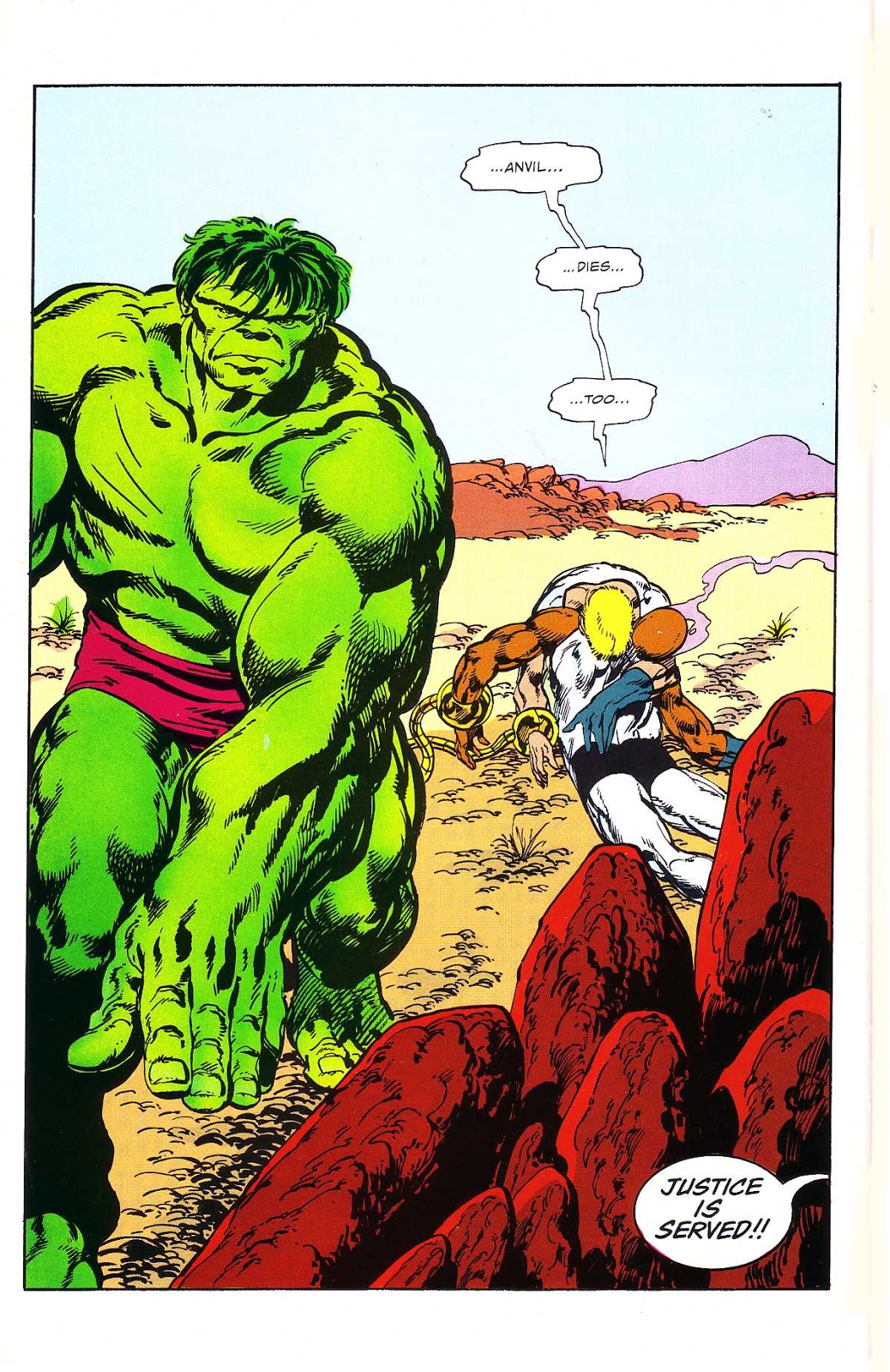 Yes, that’s Scourge.  Marvel Fanfare stories aren’t usually that deep into continuity but, again, this was a rejected Hulk script by one of the best writers of the 1980s, so it makes sense we’d see it here.

Where the first story was an intricately plotted story of all full-page shots, which meant at times there were paragraphs of writing per page, the back-up was a simple Captain America tale with few words at all, in which Cap rescues some students being held hostage at their school and inspires them to study and exercise more.  It’s uncomplicated, but quintessentially Cap.

Both stories are created by a writer/artist.  Interesting.