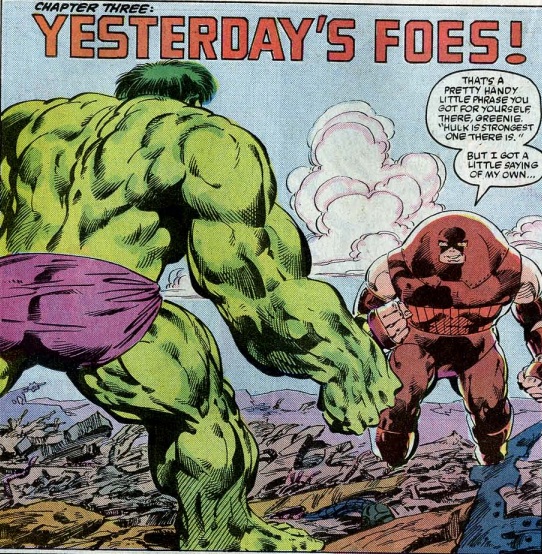 Issue #314 is great because Hulk fights tons of cool, major foes and we get to see John Byrne draw the hell out of them.  The Leader.  Juggernaut. 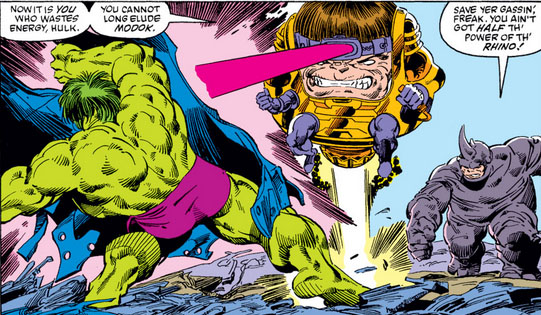 But Hulk doesn’t really fight them.  Rather, Bruce Banner is trying to break free of his imprisonment deep within Hulk by making him fight figments of his imagination until the real Doc Samson can knock him out.

Then, it’s Banner versus Hulk inside Hulk’s mind, until Samson figures out a way to split Banner from Hulk, giving Bruce his own separate body. 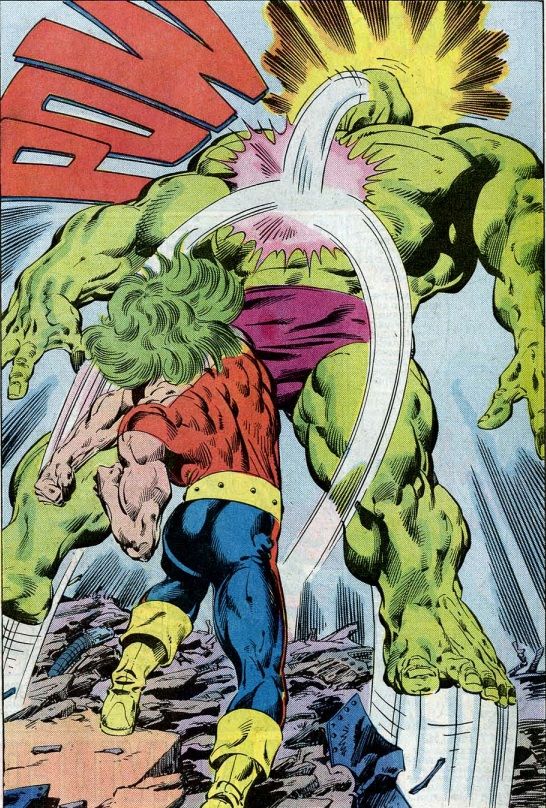 This backfires: Having Banner inside him served as a governor on Hulk, and now the creature is loose on Earth with nothing to soothe or limit him. This, and Betty Ross returning at the end of issue #315 to visit Banner who is in the hospital recovering from being separated from Hulk, is the set-up for Byrne’s all-too-short run.

And for those who pay attention to my site, you know that this wasn’t the first time that Banner and Hulk were split apart.

The run wasn’t intended to be short, though, as evidenced from this interview from Marvel Age #31 with John Byrne, where he says he has many stories to tell…Oh, and last but not least, Hulk kills a deer.