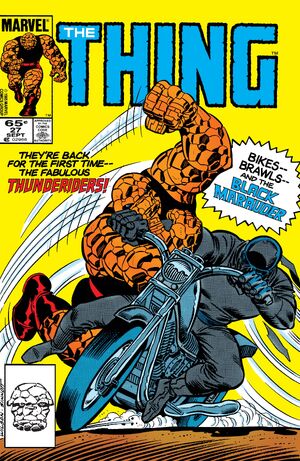 Here it is, what nobody was waiting for, the return of Team America!  Only now, they’re called Thunderiders.  With one “R” in the middle of the word.

He’s tracking a woman named Sharon Ventura who looks exactly like his Battleworld girlfriend, Tarianna.  She’s on the newly named old Team America team.  Only he’s dumbstruck and can’t talk to her.

The other Thunderiders are the same kind of simplistic caricatures they were back in the Team America comic.

Marauder shows up, of course, and Thing is able to catch him while riding bitch on the back of Sharon’s bike.

Right.  Because a 900 pound human sack of rocks doesn’t weigh down a motorcycle at all.

Anyway, he joins Team America for half an issue (#28), but Sharon leaves so he follows her to Vegas and decides to become a wrestler.

It’s weird to see him so directionless, but it makes sense—Alicia dumped him for his best friend and basically brother-in-spirit, Johnny Storm, and he quit the FF, which is what gave his life meaning.

Things start to get weird, fast.  The wrestlers are displaying some powers, and one called “Gator” has super-strength.  But he eventually turns into an alligator and Thing stuffs him into a sidecar.  Funny. 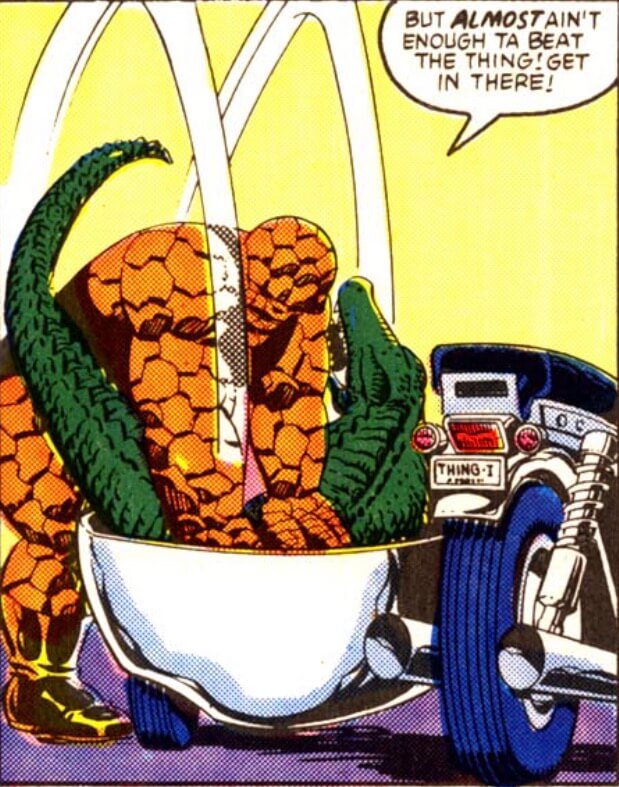 From here, Thing becomes a wrestling book for a while and Sharon becomes the new Ms. Marvel. 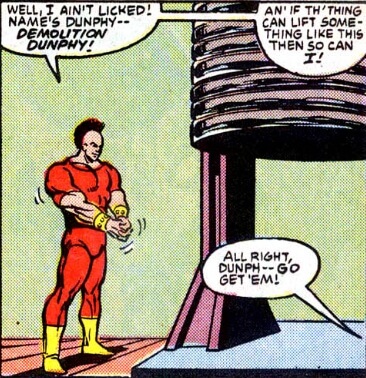 This is also the first appearance of Demolition Man, aka D-Man, but he’s just going by his government name–Demolition Dunphy. 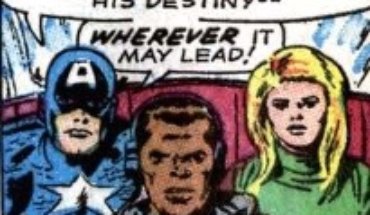