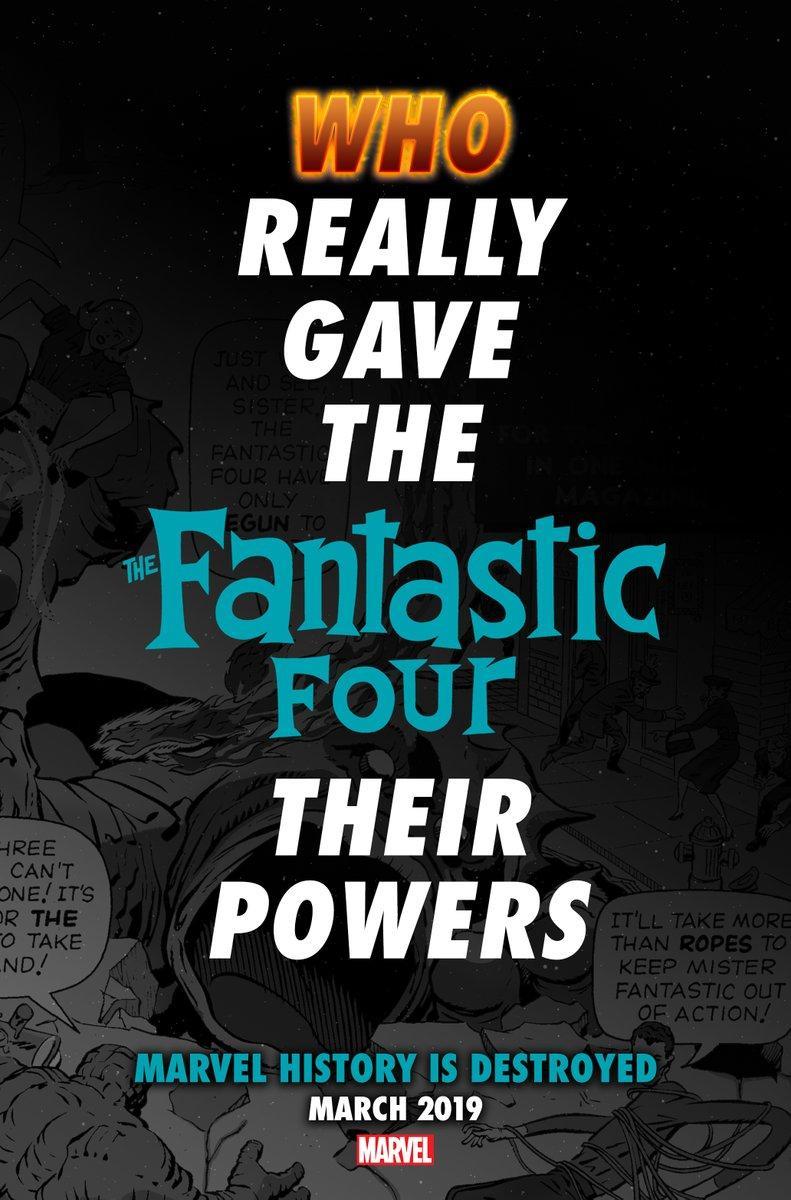 “The Marvel Universe Is Destroyed!”  “Who Really Gave the Fantastic Four Their Powers?” “Marvel History Is Destroyed March 2019.”

There’s a lot of teasers about Marvel’s canon being rewritten again.

I think we’re all getting a little tired of this, aren’t we?

We’re promised a new origin for Fantastic Four, something tying the current (terrible) Spider-Man books back to the “Spider-Man No More” era, and an X-Men shakeup.  Not sure what the X-stuff will be, but the publisher is moving towards “The Age of X-Man,” with the Uncanny book winding down and breaking the team up, to be followed by six(!) concurrent, 5-issue miniserieses starting in February that appear to be tied together by Apolcalypse.  I’m assuming the upshot will be six mutant teams that will be in place when Disney decides to do a Marvel X-Men movie.  The X-universe has always been intricate, but it’s so complicated now that new readers can’t possibly sign on.  If they want to make X-books work, they’re going to have to do something to create jump-in points.  Anyway, the six books will be under an “Age of X-Man” banner and will be:

At the same time, Jason Aaron and Russell Dauterman will create War of the Realms in 2019, a six-issue, three-month event that Marvel is saying will eclipse the recent Secret Wars in scope.  So that probably ties into the whole thing.

Lastly, I think this one is probably a joke, meant to ride alongside the “real” reboot: Cosmic Ghost Rider Destroys Marvel History will be a 6-issue mini series starting in March from TV actor Paul Sheer and writer Nick Giovannetti with art by Gerardo Sandoval.