Yes, it’s crap comics.  Junk food.  Popcorn.  But in a year where everything was serious and heavy, having a couple books dig heavily into the Mark Millar world of Old Man Logan was quite needed.

The book is showing its wear a bit, but it’s still very good.  After all, with creators like Vaughan and Chiang it’s almost impossible for it to suck. 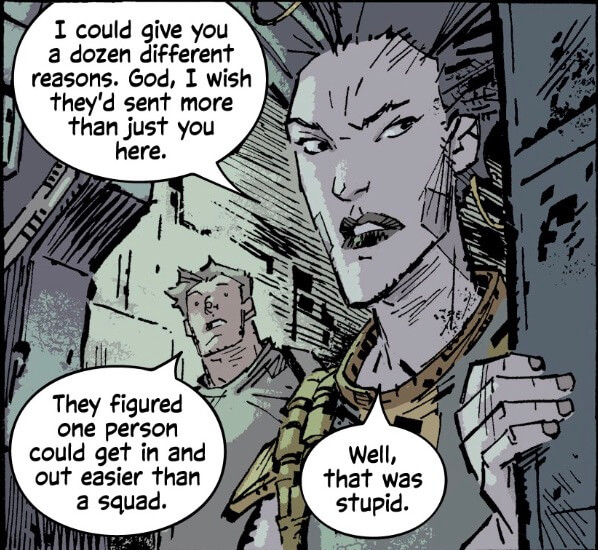 A lone soldier ventures into an alternate Earth to gain intelligence and resources from a group of humans from his own Earth, who colonized it decades before. It’s basically just a long chase, but it’s fun. 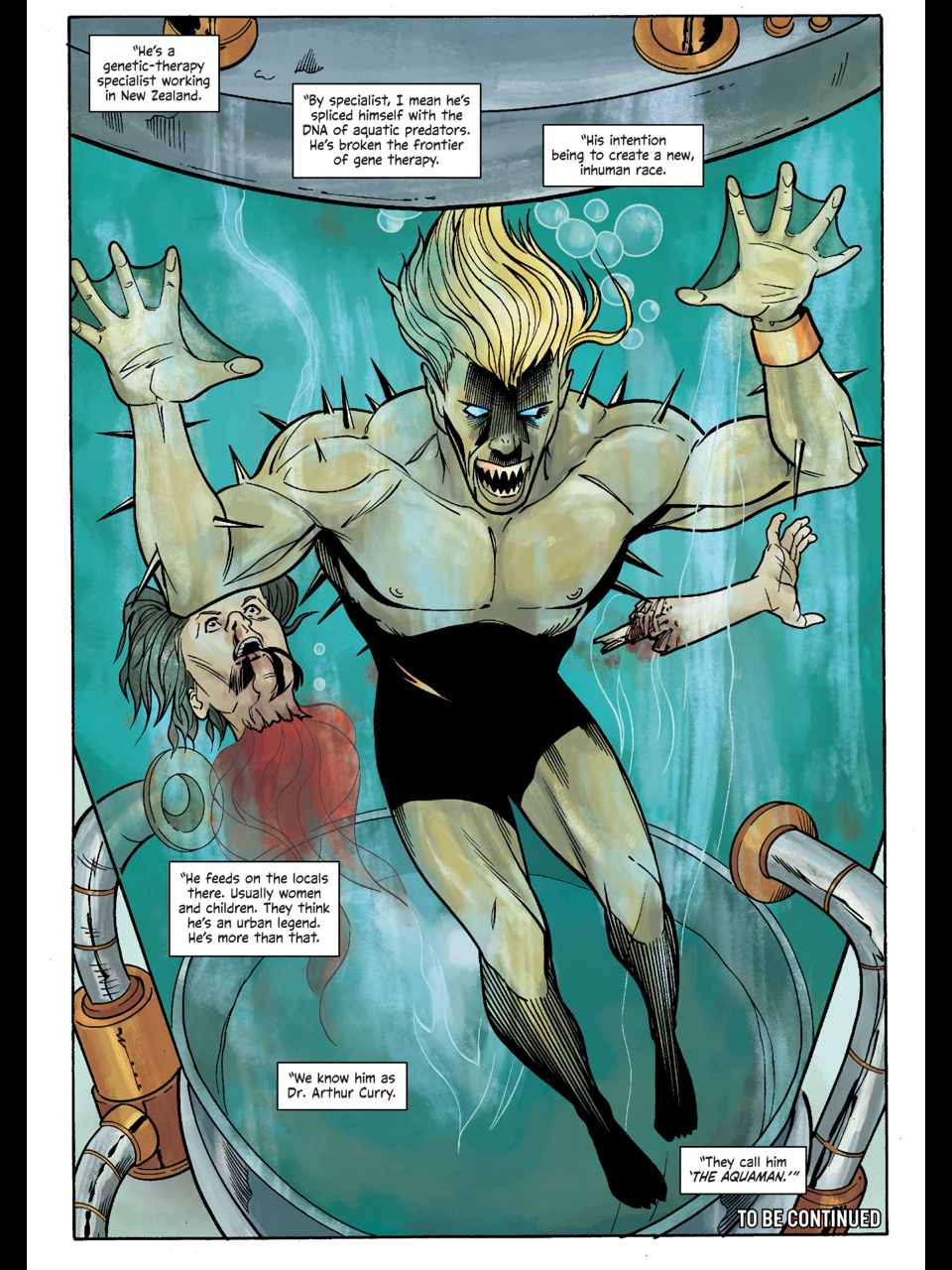 I know a lot of us were looking forward to Warren Ellis reviving WildStorm, but his own book has been a very, very slow burn. It’s good, it just haven’t moved at the pace I expected. Michael Cray, on the other hand, is a rollercoaster. Whether it’s Aquaman as a violent force of nature, Flash as a speed freak, or Wonder Woman as a corporate Goddess, this book has been an exercise in constant reinvention.

Rather than meld WildStorm into the DCU, this book flips it: DCU heroes are the villains, terrible, misshapen representations of familiar characters, and are taken down, one by one, by Michael Cray, whose job is to protect us all from them. A wonderful way to defy expectations. A great comic. I keep waiting for more WildStorm books to come out, but none arrive. In the meantime, these fit the bill.

25. The Dead Hand by Kyle Higgins and Stephen Mooney (Image) 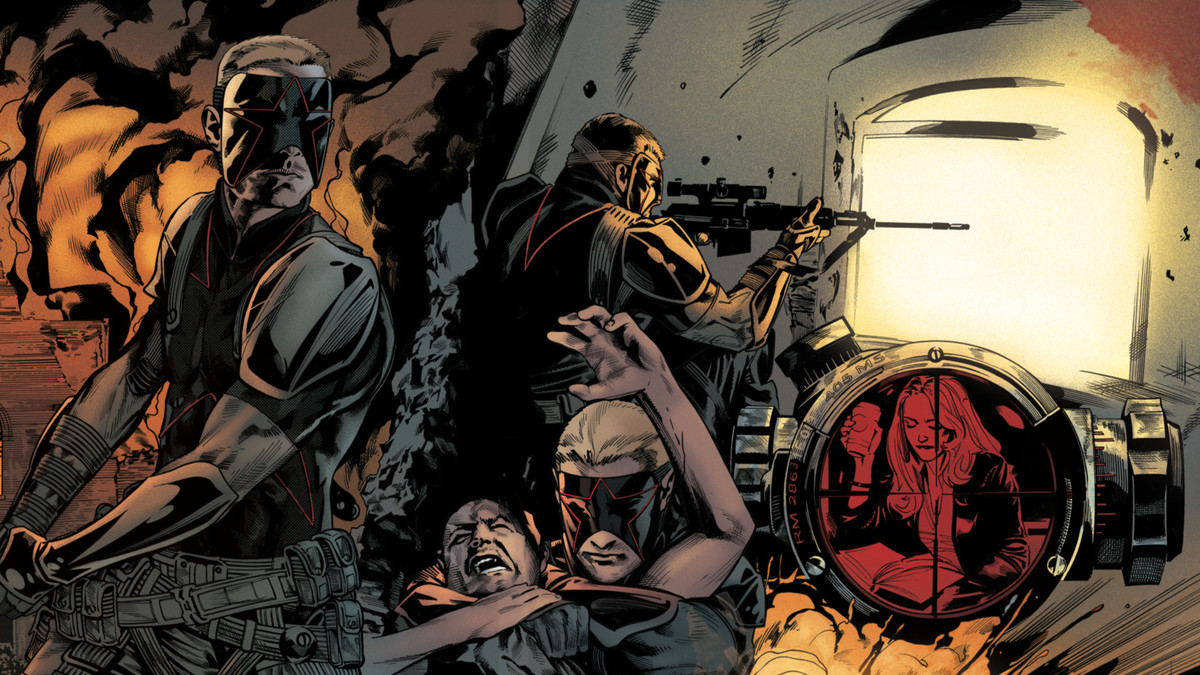 A secret Russian village, hidden away in the mountains, that used to give birth to superspies, now houses a child-like AI with the ability to launch a devastating nuclear attack. It’s a more paranoid, post-cold-war version of Wargames. 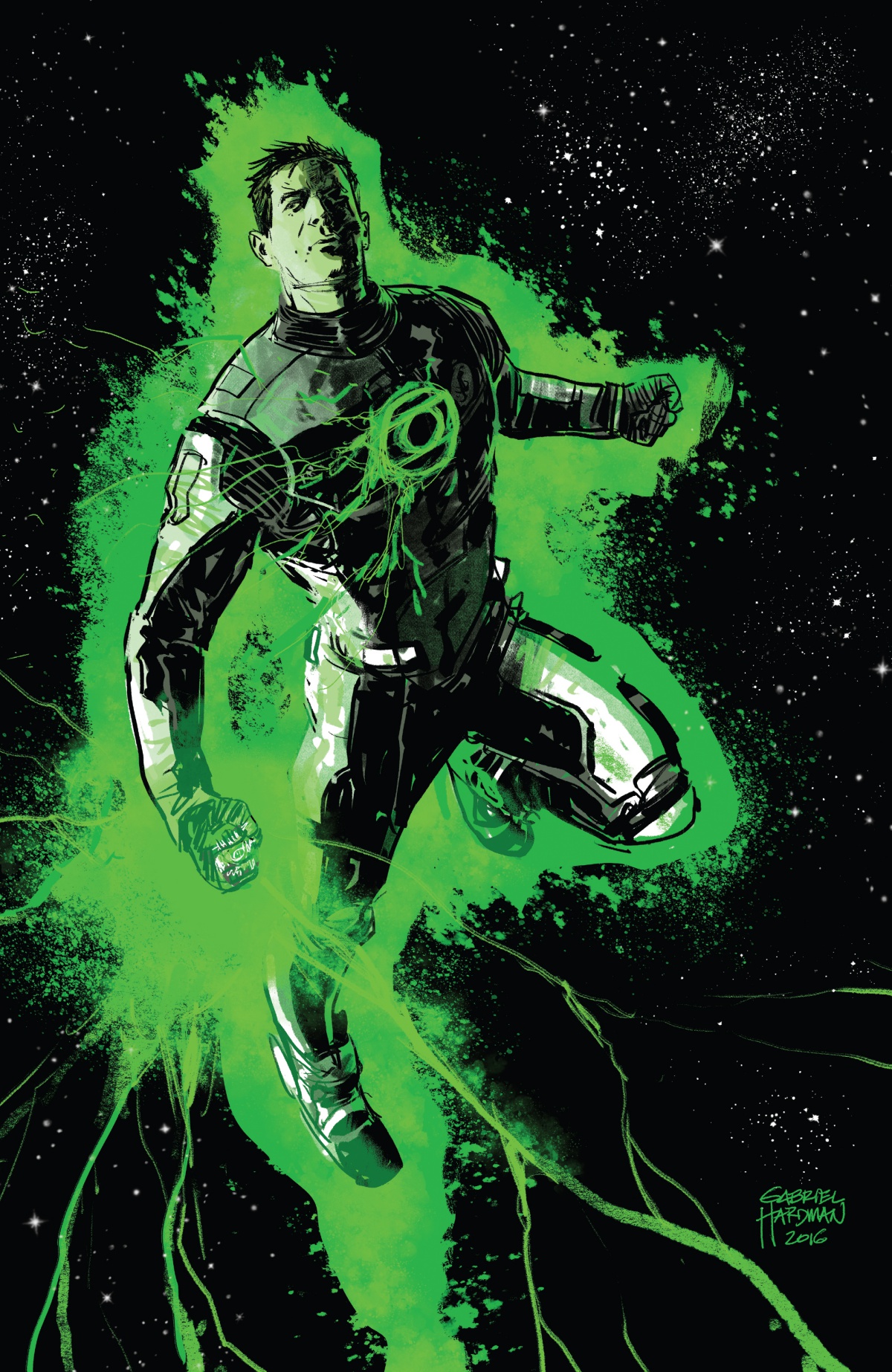 I did really enjoy this book, but I did expect a little more from Grant Morrison.  I think, in fact, my expectations were simply too high.  This was, after all, a very good story.

But liking the Green Lantern book was completely unexpected for me.  This has been a good year for the character–and he needed one.  He really hasn’t been good since Geoff Johns rebirthed him a decade ago.

Brian Michael Bendis did a lot for Marvel.  He created Ultimate Spider-Man, and wrote it for the entire life of the character.  Then he created Miles Morales.  He rebooted The Avengers at a time when the franchise was running on fumes, and it made it possible for Marvel to publish more monthly A-books than X-books.  He created Jessica Jones.  So who would have thought his last Marvel comic would have been the best thing he wrote for them in years?

Issue #600—Bendis’ goodbye to the characters he created and twisted throughout his run, including a new, young black female Iron Man and a version of Dr. Doom out to do good—was phenomenal.  He brought back James Rhodes, who had been (stupidly and unnecessarily) killed just to make a Marvel event feel like it “mattered.”  After having introduced Tony Stark’s biological mother, he introduced his biological father as a Hydra agent.  He brought back Leonardo da Vinci, last seen as a SHIELD founder in Jonathan Hickman’s mind-bending SHIELD series.  And he also turned Tony into the Sorceror Supreme—at some future date, perhaps soon perhaps not.  And in so doing, resurrected and re-powered the X-Man Tempus, who last appeared in a 2014 X-Men annual where it seemed her story ended with her de-powered and lost in time.

It was a marvelously generous way to conclude a series and leave a publisher.  Dan Slott will be taking over writing Iron Man, which is ironic (no pun intended—get it, “iron”-ic?) given that Bendis borrowed from Slott the concept of Dr. Doom as “Infamous Iron Man” after Slott’s controversial and unexpectedly fantastic experiment with Doc Ock being Spider-Man.  We can only hope Slott is up to the challenge!

A woman is kidnapped to work on a ship in the 1800s, as so many people were, only she “becomes” a man and, in that role, exacts revenge on her attackers. It’s a simple story that begs for a film adaptation, but it’s well-told, well-drawn, and well-crafted. 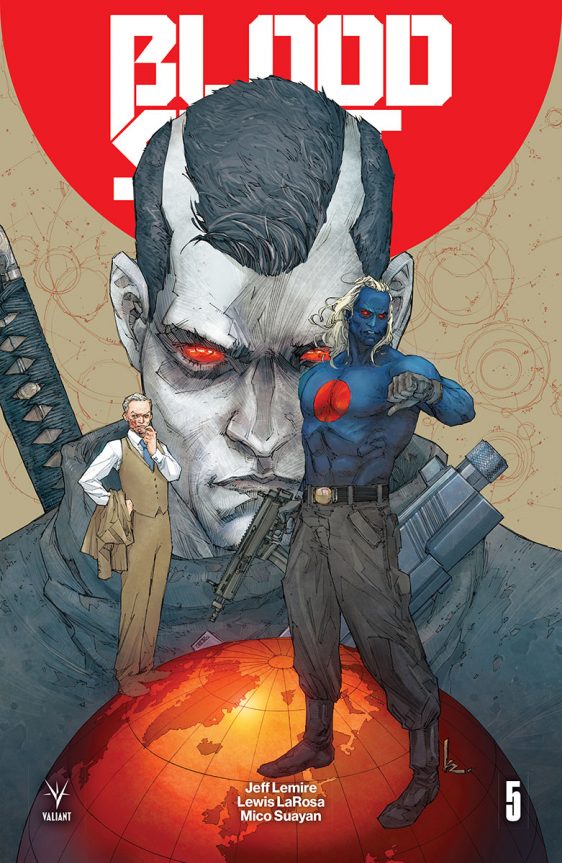 Lemire has been writing the adventures of Bloodshot for Valiant Entertainment for several years now–and it’s still good comics!  This year, the character zipped through time to save his son. 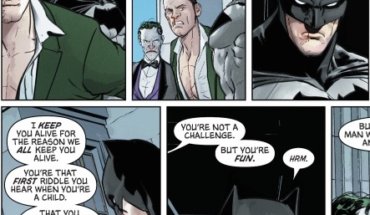 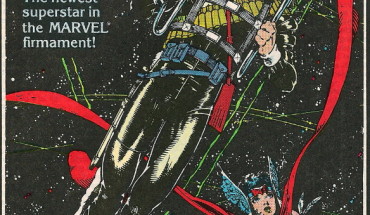 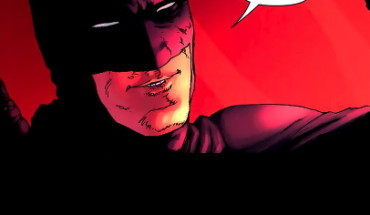 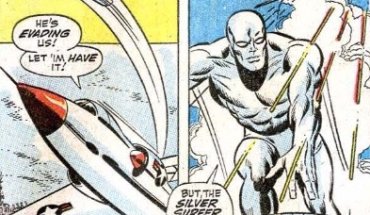