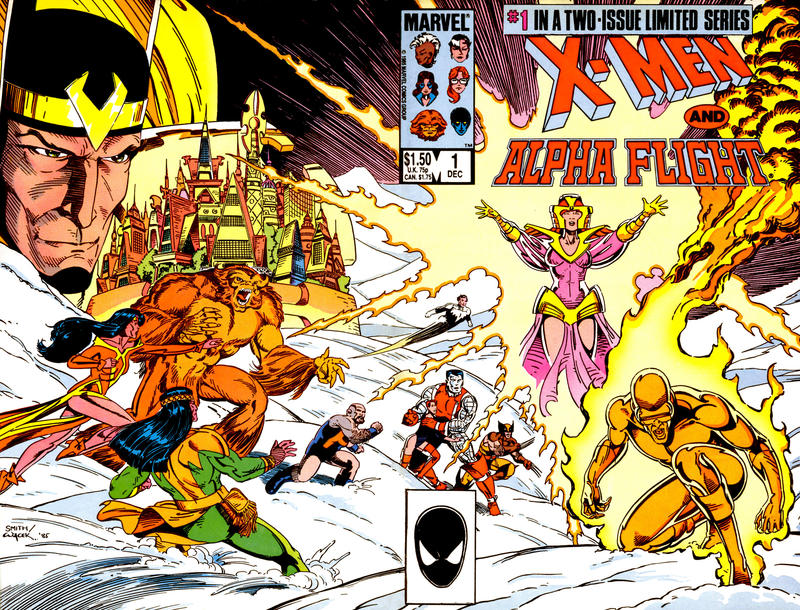 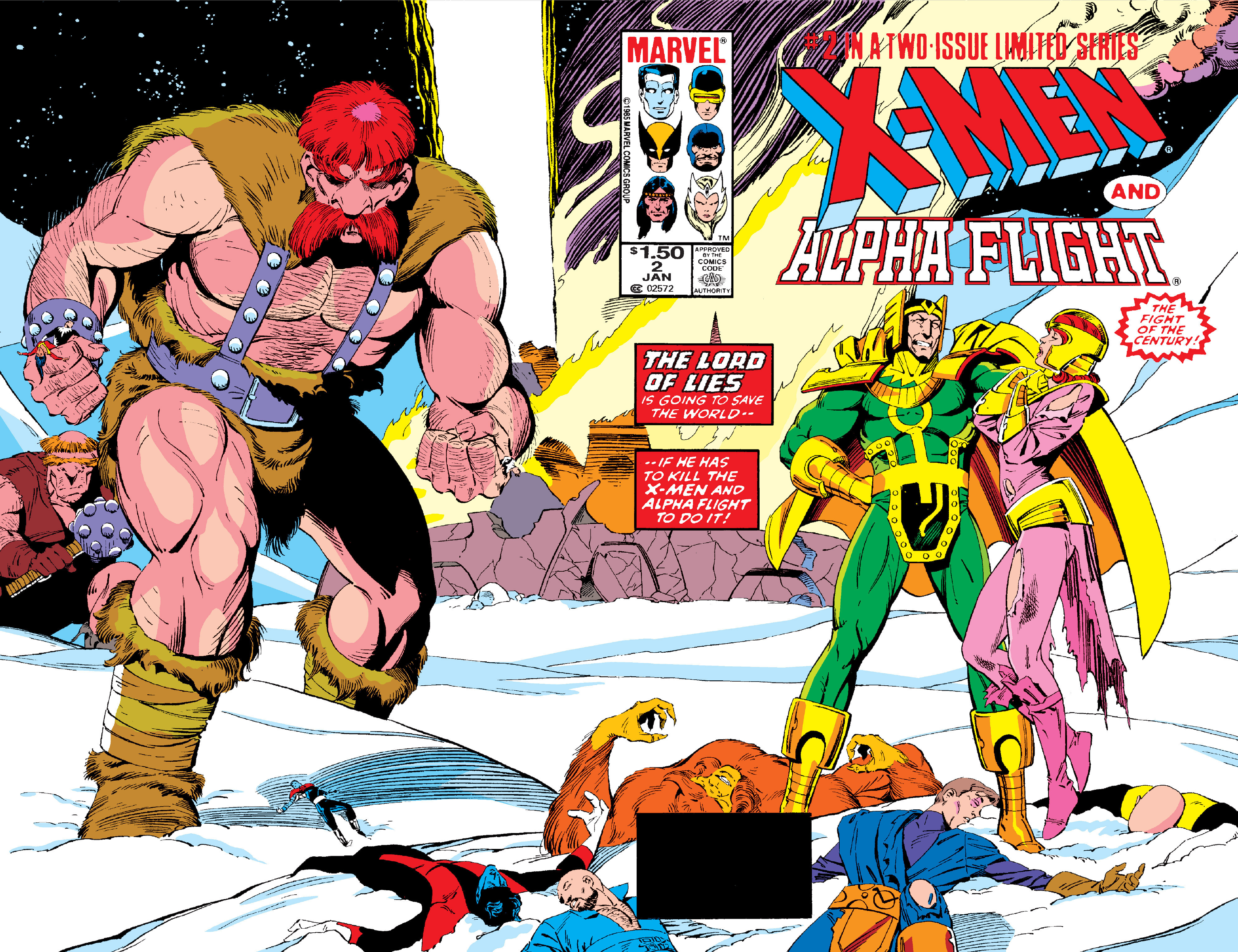 First of all, those wraparound covers are gorgeous.

Okay, now for what this two-issue miniseries is about.  Loki teams up with a newly introduced set of higher Gods—not Norse gods—who have the ability to bestow increased power on lesser Gods.  They’re called “We Who Sit Above in Shadows.” 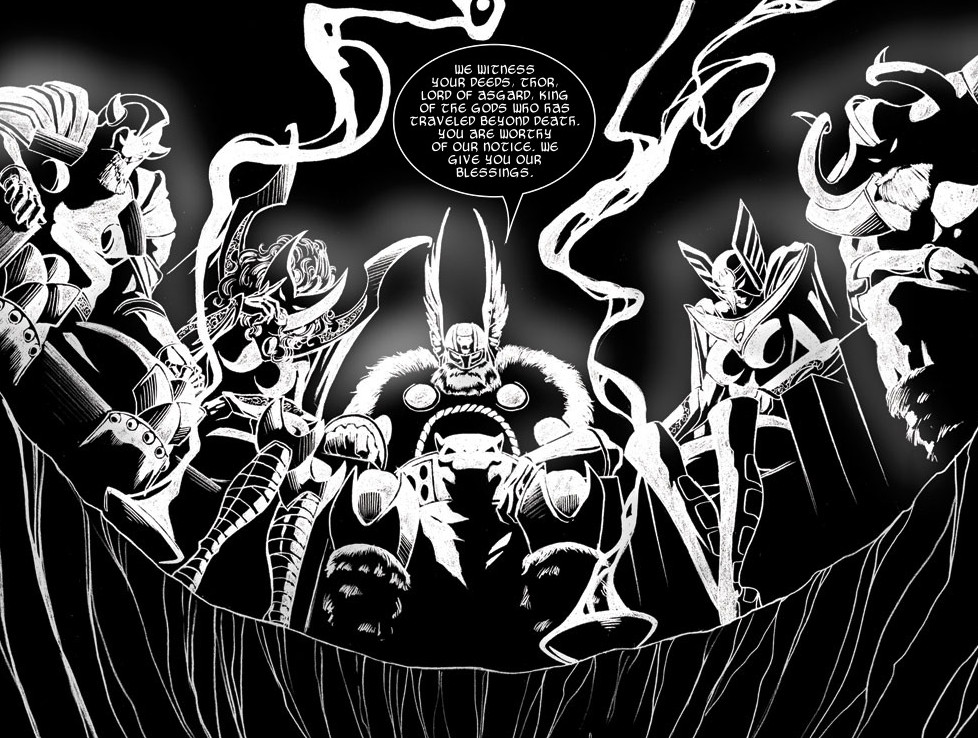 To win their gift, Loki bestows powers on mortals—specifically, on X-Men.  Cyclops and his wife, Madelyne, are flying a few civilians (Maddie’s job is a pilot), so Loki turns all of them into Norselike Gods.  You can tell already that this is a convoluted Claremont plot, can’t you?

Anyway, their plane goes down and Cyclops, somewhat randomly, thinks Shaman of Alpha Flight did it—because it was a weather event.  Lots of people control the weather, but there goes Scott Summers blaming the racial minority.  Such a bigot.  (Kidding of course.)  Loki makes Scott and Maddy into gods—so Scott doesn’t even need a visor. So, the teams meet and fight and then team-up.  Like you knew would happen.  It’s fun, though, and Paul Smith’s art is great.

After that, it’s all about Gods giving mortals powers to cure all their problems (one of the Gods offers Puck a cure for his dwarfism, e.g.), which the mortals reject, and that makes Loki mad because now he can’t convince the bigger Gods to make him more powerful—he had to get people to accept his gift without coercion.

Also, it’s here (and not in the X-Men’s own book) that Madelyne Summers reveals she’s pregnant—but we see the child is a boy (and not Rachel Summers, who is Scott’s daughter from the future), so now we know that Rachel is not from our own timeline.  That’s a fairly substantial reveal to put in a miniseries.
Creators: Claremont and Smith
Grade: B-