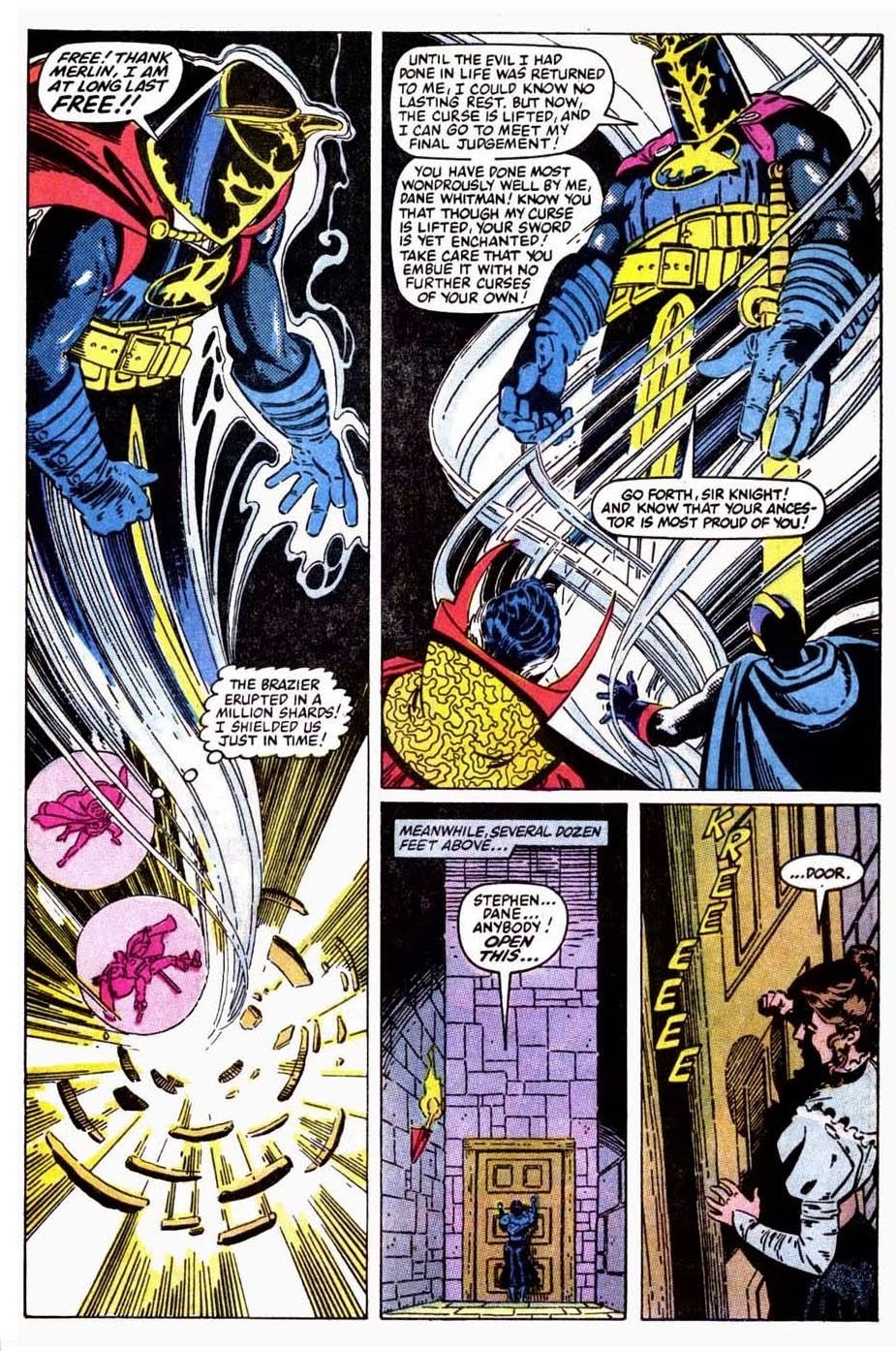 He was restored to human form in Avengers #226, and since then he’s been having PTSD from multiple centuries of bloody battles, which are basically caused by an old Merlin curse that enslaved his ancestor, and earlier Black Knight.  This frees Dane Whitman.