This is a well-constructed arc, even if it doesn’t make a whole lot of sense.  It begins with Reed’s birthday.

One of the many things John Byrne did well in the pages of FF was to keep it true to the “family” nature of the comic first developed by Lee and Kirby in the greatest run in comic books of all time.   At the party, he recounts an old battle with a monster named Gormuu.  It’s basically a chance for Byrne to draw Kirby-monster-style.

And in the second act, we meet Nathaniel Richards ,Reed’s daddy.  This is his first appearance, and we see him holding a red-headed boy who he calls his son.   Nathaniel time-traveled to a future, alternate Earth.

This gives Reed the chance to explain time travel in the Marvel Universe, in a way that validates the What If? comic…

From here, it all gets very, very complicated, but in the end Daddy Richards decides to stay in the alternate future…

This is one of the more contrived Byrne stories—it’s hard to imagine Reed not maintaining contact with his father and newborn brother.  (Or maybe it isn’t, actually—Reed is typically pretty emotionally reserved. 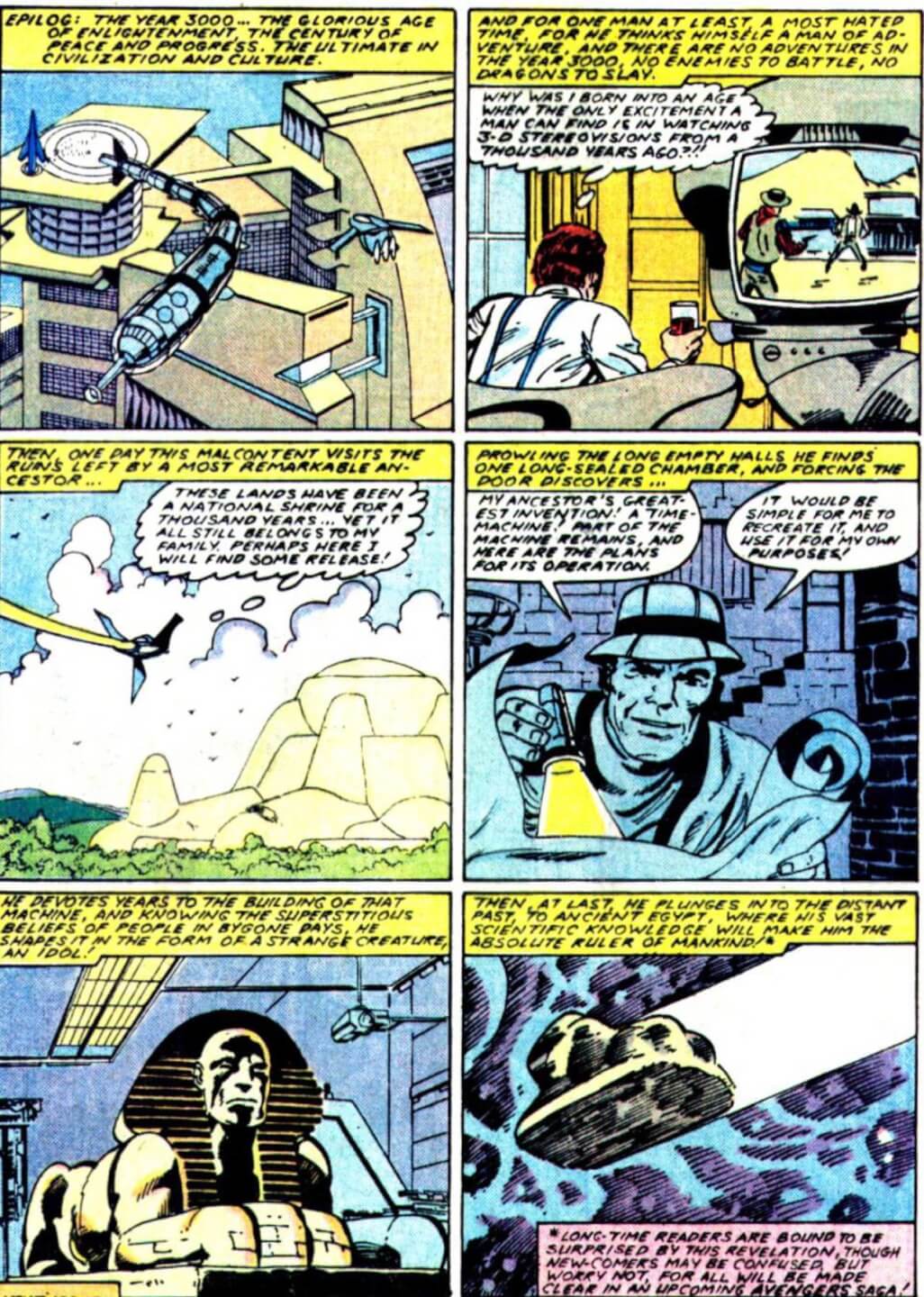 At the end, there’s this epilog that suggests Nathaniel Richards’ son also had a son, and that kid found an encient sphynx that he turned into a time travelling craft…In other words, the kid was Rama Tut, aka Kang the Conqueror.