Last issue, the team captured the new villain, Manslaughter, and in this issue they’re holding him captive in their kitchen and torturing him with licks from the team’s dog, Sassafrass.  This is a very strange sequence, but Beast explains it by saying that they’re just a bunch of guys—unaffiliated with SHIELD or The Avengers.  I might buy that, except Beast has been an Avenger and therefore does in fact have some connections.

Also odd: Manslaughter seems happy to be a prisoner.

After dropping him off at the local jail, the team investigates an arson in the town at the bottom of the mountain where their base is located.

At the end, a local sheriff dies helping the team defeat a super-powered arsonist, and Valkyrie whisks him off to Valhalla. It’s an interesting event because up to now, Val hasn’t really been treated as an actual Valkyrie of Norse myth.  Plus, he’s just a dude.  Probably Christian, seeing how he lives in a small town in the West.  Yet he’s taken to Valhalla.

I do enjoy these New Defenders stories. 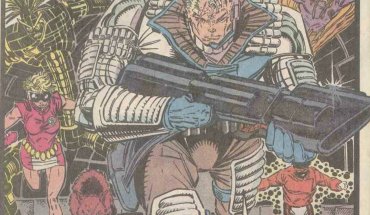 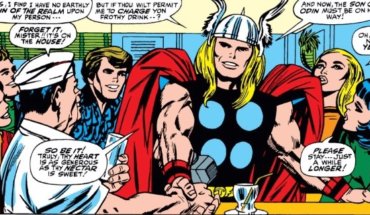 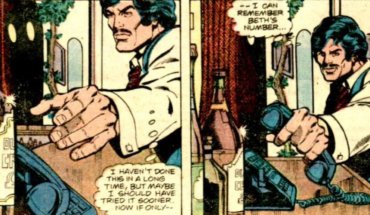