I haven’t been able to stay up on the latest, so here’s just a few stories—starting with the new DC streaming service, which I won’t watch because I’m not spending money on yet another streaming service (and the previews I’ve seen so far are…not good).  The schedule is:

DEAD MAN LOGAN.  Ed Brisson, current series writer of Old Man Logan will write the “last adventure” of the version of Logan who becomes Old Man Logan in a 12-issue maxi-series starting in a few months.  Mike Henderson will do the art.

THE REAL DEFENDERS RETURN.  Defenders are not a street team, despite what Netflix would have you believe.  The real non-team of outcast fringe characters is reuniting in a mini-event of five solo one-shots that will lead the original Defenders to reform their team.  Here’s the five books to look for, all of which will have a “Best Defense” tag under the title: Immortal Hulk (Al Ewing and Simone Di Meo); Namor (Chip Zdarsky/Carlos Magno); Silver Surfer (Jason Latour); Doctor Strange (Gerry Duggan/Greg Smallwood); and The Defenders: The Best Defense (the big finale, by Ewing/Joe Bennet).  Coming in December.

AVENGERS #700.  I wish I liked the current Avengers book more.  I really want to.  Anyway, the 700th issue is coming in November, by Jason Aaron and three artists (Ed McGuinness, David Marquez and Adam Kubert), and promises to deal with the return of Wolverine, introduce new nation-based teams from Namor and Black Panther, reboot Russia’s Super-Soldiers of the Winter Guard, and tie back to the Avengers of 1,000,000 BC.

WHAT THE HELL IS GOING ON WITH DC THIS NOVEMBER?  Someone gave them a double-dose of adrenaline.  We’ll be getting a Shazam book by Geoff Johns (who hasn’t written a regular series in almost a decade) and the great Dale Eaglesham), and a Green Lantern series by none less than Grant Morrison, with Liam Sharp on art, who had recently said he was done writing for DC after a bit of a debacle over a Wonder Woman book.

WHY AREN’T YOU READING TOM KING’S BATMAN?  You’re an idiot if you aren’t.  And he just hinted that a future story will be drawn by Mitch Gerads—they’ve done Mister Miracle and Sheriff of Babylon together—two of the best comics of the last 10 years.

OUTCAST CANCELLED.  The mediocre Showtime version of the mediocre Robert Kirkman comic about an exorcist has been cancelled.  Like the comic, it had moments of real promise but never seemed to be able to capitalize on them. 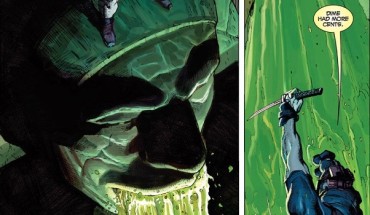 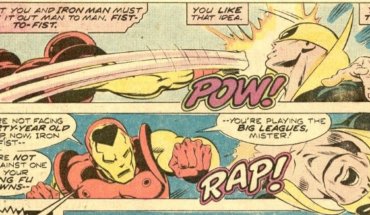